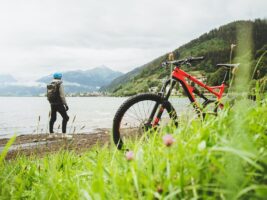 Labour has announced that they plan to make England one of the top cycling places in the world. They also plan to make it walking-friendly as well. Labour has stated that if they get elected to office at the next general election, that they want to start the Healthy Streets Programme.

They want to try and make towns and any cities cleaner, while putting a main focus on green transportation.

They want to greatly improve the quality of life for everyone across the country and they also have very ambitious plans as well.

They have stated that they want to model the country after countries such as Germany, Denmark and even the Netherlands. When you look at Amsterdam, you will see that nearly 70% of trips are taking place on foot or on bike.

When you look at the UK, you will see that only 29% of the trips that are taken are done so via foot. 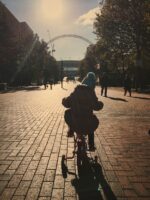 Labour wants to boost the amount of people who are walking or cycling because they want to do their bit to change the climate emergency that is taking place right now.

The local crisis that is happening with air pollution is having a negative impact on health and Labour are going to, for the first time, make active travel an option for as many people who want it, not just for those who are brave. Of course, cycle accidents do tend to happen less when the roads are safe and where there is less motorised traffic, and this is what Labour intends to do.

Â  What are Labour Going to Do?

Labour intends on doubling the amount of journeys that people take via bike including journeys taken by children and by adults. They are also going to try and build well over 5,000km of cycleways. 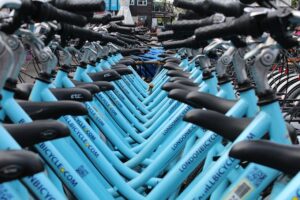 Well over 40,000 deaths a year are attributed to things such as air pollution and reducing emissions will have a huge effect on the public health. Andy McDonald who is the labour secretary for travel has stated that walking and cycling are very much essential forms of transport but at the end of the day, they have been neglected by the Tories. They are now urging the Tories to make sure that they are doing everything they can to change this and they are also asking the government to make a positive change as much as possible. Only by doing this, can they then begin to make a change to the country overall.