“Liberation”: A film by Yuri Borndarov. I can never forget the sound of the bombing when the sky and the earth melted into a grey and hurtful mass… I remember roaring herds of German tanks advancing on our battery… the ardent and smoking barrels of the mortars. 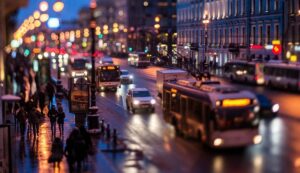 There is a tendency in human beings to forget. Surely as a method of survival.

That is why mountains of books are written, because memory is the river of Heraclitus, as Borges says in a poem: “Perhaps the spring is in me. Perhaps my shadow / they arise, fatal and illusory days…”

It’s been 68 years, as water under the bridge of memory, since the end of the war that ravaged Russia … when his name was the Soviet Union…

And Yuri Bondarev, wrote: “My country Russia is a country that has suffered and gone through all the circles of hell, but she could touch the sunny side of existence that I call ‘socialist civilization’, which will always remain in our consciousness just as in our perpetual memories the feat of the Great Patriotic War saving Russia and all of Europe …”

The film-maker charted these words to the Leo Tolstoy Cultural Institute and the Embassy of the Russian Federation in Bogotá, when preparing the celebration of the victory of the Soviet people against fascism. 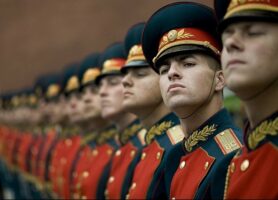 But who is Yuri Bondarev?

Nothing more and nothing less than the writer of the best film in five parts, made to date on the war that devastated the USSR from 1941 to 1945, when the Nazi-fascist hordes invaded their territory to end the Socialist State, created by V. I Lenin in 1917. Which cost 25 million lives.

This film, as a duty of memory, remembers the time when Hitler directed his blitzkrieg against this country, in order to deprive it of its consumer industries and military, to bring down the whole structure of the state.

But the alienated Austrian (Braunau am inn, Austro-ungaro-1889), did not count on the heroic response of the Great Russian people, it could reorganise its offence, protected by the prolonged war theory and within a short time increase its supplies.

Growing its production of weapons of any kind, aviation, guns and tanks, to announce one day to the world the final defeat of the “Wehrmacht”. From the first days of the invasion of the immense territory it had produced a military-economic strategy, with which it could eventually defeat the blitzkrieg or Hitler’s Lightning War.

The film took six years to shoot, two years longer than the war itself, and appeared on screens in 130 countries. And When first introduced, Bondarev claims that it was seen by 350 million viewers. 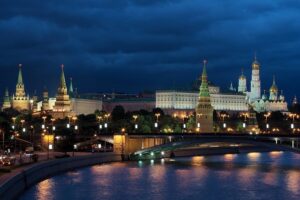 The great poet, during the war was an antitank gunner at Stalingrad, Kursk Arch and the Ford of Dnieper, and remembered, that “The wars blinded the youth of my generation. We were twenty and we looked forty. These four years made understand the wisdom of goodness.”

“Why stick to the historical truth, as we do in ‘Liberation’ he added, it is a maxim of modern thought.”