Fleeing the Portuguese dictatorship with his family in 1965 shaped his desire to investigate the interior and exterior reality of emigration. Jose Vieira speaks about the shame of being forced to leave your roots for economic and political reasons. When politicians criminalize migrants, while permitting their exploitation, film must speak out.

Jose Vieira’s film output is unique, eight films that tell the story of Portuguese emigration during the Salazar dictatorship, and more recently documentaries on the experiences of Romanians in Western Europe.

Travelling clandestinely, they crossed the mountains at night into Franco’s Spain, and then on to France, where they were a welcome source of cheap labour in the building industry.

At the time, it was the biggest migration in Europe after the Second World War.

They were escaping poverty, but also the accelerating wars in Africa, where Portugal was attempting to hold on to its colonies in Angola, Guinea-Bissau and Mozambique. In 1974 the revolution that ended the dictadura began in the colonies, and was led by the army.

Vieira acknowledges the unique cultural factors that influence migrants’ responses to forced relocation, but also emphasizes the feelings common to any migrant.

He insists on the need to hear their voices. Speaking with passion he rejects a re-writing of history that suits the ruling classes. Immigrants are not heroes, he says: erecting statues to them and constantly talking about the dignity of their sacrifice, is a way of sanitizing the brutal exploitation that these same classes engaged in at the time.

In an interview with Carlos Campos, for the Leffest festival, he explained his approach: “Working on memories is not a matter of making packaged conversations to facilitate nostalgia. () It is to situate images and words in the context of a history that was confiscated, to re-appropriate our sensibility for the world we live in, and to better decipher it.”

Despite this, migration did bring liberation, and most of all for women.

He began by making videos in protest at the abuse of immigrants he witnessed in France in the 1980s, and modestly he says that his mastery of cinematography today is still somewhat ‘succinct’.

The Prisma spoke to him between presentations of his films at the Leffest festival in Lisbon.

Do you still consider yourself more a militant than a film-maker?

I took part in that wave of protests in the 80s in France, including the Marche pour Égalite et contre le Racisme in 1983, also known as the Marche des Beurs, which is the term for young immigrants from the Maghreb.

It happened in reaction to the expulsions, and murders of immigrants by the police. My personal experience in the 60s made me militant, our family lived for 5 years in a bidonville in Massy, about 20 Km from Paris.

If people ask me, I say I am neither Portuguese nor French, I am an immigrant. And immigration is for life.

We had no rights to study, my parents had no money. For my father it was hellish, he never adapted, never wanted to learn the language, and he came back to Portugal later. He died 10 years ago. For me it was much easier, as a child you learn the language very easily.

The theme of shame arose many times in the films, is this a typically Portuguese reaction?

All immigrants feel shame, but for me shame and humiliation are inherent in being an immigrant from Portugal. As an adolescent, living in a shanty town made friendships difficult, some kids even feel ashamed of their parents, that’s a terrible thing. Many parents were illiterate, they did not know how to deal with the authorities, the police especially. At age 10 you had to translate for your father. When I was younger I didn’t say anything, but when I was 16, I reacted when the police spoke abusively to my father.

In comparison with Algerian immigrants in France, the Portuguese are very attached to their homeland, they keep their traditions going in their new home.

But, despite this some families changed their names, to make them sound more French: Costa changed into Coste, they were saying we are not Portuguese really. When we first arrived, we were slaves, really slaves! 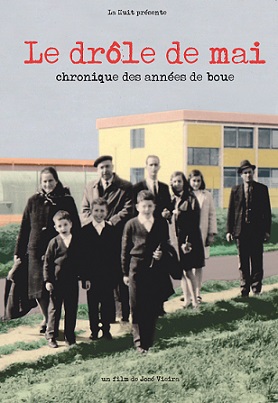 When we sent letters home we never told people we were living in a bidonville, never. And “never say anything bad about the French”, of course.

When I was a boy in the first month, I was actually afraid, and that gets into the culture.

I do not feel a strong connection to Portugal. After nearly 53 years, I still have not applied for nationality.

I speak, write and dream in French, culturally I am French, but our first years in France were very hard, you can’t forget things like that.

The Spanish seem more positive than the Portuguese, although they had Franco and the civil war.

There is still this attitude of subservience. Thank you, France, thank you, and the French talk about the ‘good Portuguese people’. I suffer a lot from this.

The Portuguese in France never talked about the story of their emigration, paying a guide for the ‘salto’ across the border, the clandestine journey. There is an invisibility. The French see the Portuguese as people without a story. Sometimes French people will be talking about Franco, and they ask about Salazar, but the person does not know what to say, because the dictadura was never talked about. In Portugal people do, of course.

Portuguese immigrants in other countries seem much more positive in their outlook.

I will tell you something: – a lot of the people who emigrated came from small villages, cut off from the rest of the world, with very little education, they had no idea what went on in other places, they were os ignorantes do mundo! Salazar encouraged this, to make it seem like the natural state of things, and sermons in church too. After they’d been living in France they realised they had been tricked. Salazar said: “In Portugal, there are rich and poor, and the poor have to accept that they are poor”.

Is there no pride having emigrated, escaped from misery and made a new life?

Yes, economically, but it is very paradoxical. Young Portuguese still do not train and study, there are very few immigrants at the higher levels. 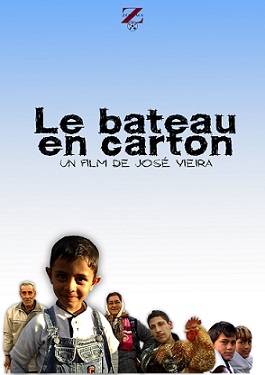 But economic success is not necessarily success at the human level. Immigration is a liberation, but it also destroys families. My father had 8 brothers, and 4 of them left for Brazil. There are villages in the north where the only people left are the oldest.

There are lots of Portuguese associations in France, but they never asked me to show my films. Their concern is to keep their typical activities going, which is fine, but that is all they have apart from work.

But immigration was a liberation, especially for the women. It is rare that the women want to come back to Portugal, compared to men, because they gained economic independence, compared to their life in a Portuguese village.

Coming to France showed people that there is another world beside the one they grew up in. In France people talk about social and political questions, relations between men and women, between rich and poor.