Censorship, hostility or repression against the homosexual community or immigrants are realities that still exist in British and Spanish society. Talking about it is not always easy, but with art, many things are possible… and more effective. 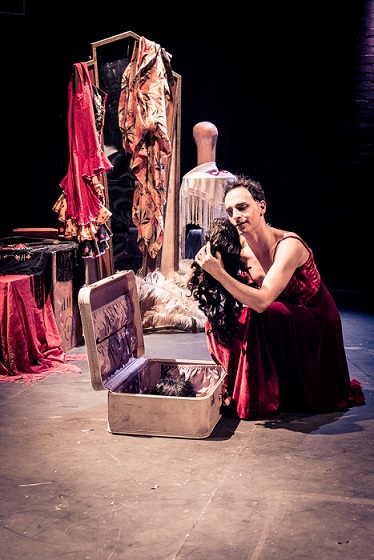 Since Alejandro Postigo arrived in England years ago, he has never experienced hostility because of his sexual orientation. Not just from society itself, but also because, as he says, he lives in a “bubble” and in his surroundings, “it is all about acceptance”.

He has lived in London the entire time, and although he studied journalism in Spain, his passion is acting and, he even has a Masters in Musical Theatre and a PhD in Copla (Spanish folkloric songs).

At the moment he is a Professor at the London College of Music, where he teaches new generations of musical actors.

And although he feels that he is free to be himself, he knows that his situation as a Spanish immigrant creates certain expectations in the world of theatre, and certain resentment outside of London.

In fact, he has experienced Brexit in a different way. In 2015, in the before the Brexit vote, and during the promotion of his show, “The Copla Musical” in an English city, he was discriminated against for his Hispanic origins. “I went to gay bars and had no problems. Being Spanish was the problematic thing.”

Postigo, writer and actor of the show, “The Copla Musical” spoke to The Prisma about copla as an element of rebellion, the Francoist era and repression in the past and the present. 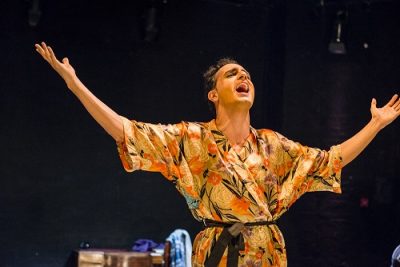 What has your life as an immigrant here been like?

I have always been seen as something exotic. It has its advantages, but in the theatrical world it can be problematic because it is the only trump card that you can play. You are this exotic character, everyone wants to meet you, they think that Spain is a fun and exciting country… However, creating an impact on another level is more difficult.

In the theatre, the way you speak is very important and a Spanish accent is difficult to get rid of. However, I don’t try to conceal it, I have learned to love and accept my Spanish identity. This is why I have written this type of show.

I am not trying to make a musical that every British person might go to see, but a piece that comes from my cultural identity, my experience and my homosexual compatriots, those of us who are a minority within a minority. 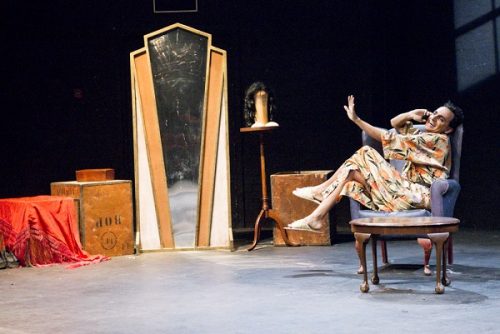 Why is the Francoist era a time frame in your show?

During my PhD, I started investigating the roots of musicals in Spain and I identified that the moment of disruption was during the dictatorship, when everything was subject to censorship.

Furthermore, in this period in North America, the musical started to develop into what we know it as today. I studied the reasons behind the lack of musicals in Spain, bearing in mind that after establishing democracy, they all came flooding in.

I explored whether copla and other variety shows might not have become the Spanish musical of the 20th century. In certain ways it was, but it never stuck due to censorship.

That is why I chose this specific period to tell the story of the copla within its historic timeframe. 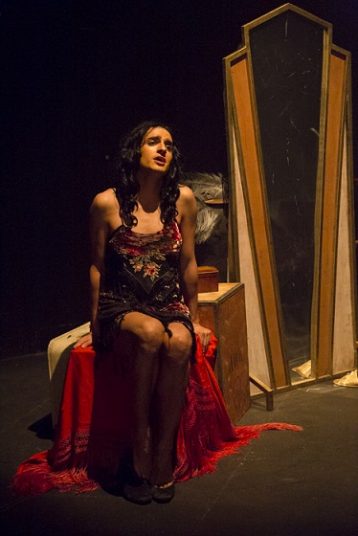 It has a very unconventional character, it is a genre of the minorities and, although it was subjected to censorship, it escaped this because, sometimes, the censors were not able to decipher the hidden messages defending homosexuality, freedom, or the empowerment of women.

Franco allowed this because these songs were popular, but he didn’t realise that he was supporting minorities through the copla.

How do the elements of immigration, repression and exclusion come together in the show?

I talk about a fictitious character that many people think is real and even search for on Wikipedia. This character represents artists of that period who were repressed, who had to go into exile or were punished by the Regime.

She is a transgender woman, who sings coplas in a clandestine place during Franco’s dictatorship and escapes to North America in search of her identity and to live as a woman, something that was unthinkable in Spain. All those transvestites and “star wannabes”, who were a concept that was coined in Spain in the 30s, sang coplas during the Republic, and then this became something so hidden that when Democracy arrived in 1975, it had a very strong resurgence.

Many people belittled the copla as something Francoist and they didn’t want to listen to it because they preferred foreign music.

Nevertheless, the copla was rescued by transvestites, nowadays it is still listened to and many singers keep making new versions of coplas, fusing them with Latin music or Flamenco. 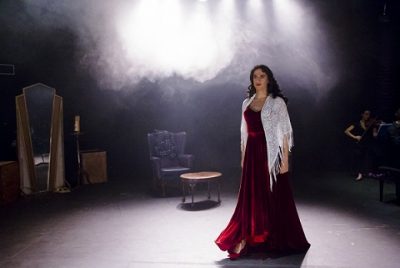 Why mix the topics of transgenderism and immigration?

They go together. It is all represented in the character of “the Gypsy woman”, and my own experience as an immigrant and a homosexual artist.

Although I might not be a copla singer, I identify with these songs because they reclaim and sing the praises of minority’s experiences.

How has it been accepted in the theatre?

People like the show. English people think that it is an attractive, Spanish musical that I have invented, and I explain to them that it is part of Spanish history, I am simply rescuing it to show to them.

The copla has never been exhibited outside of Spain in another language, only by some singers in exile in Latin America, and later on, artists such as Lola Flores who acted in North America. 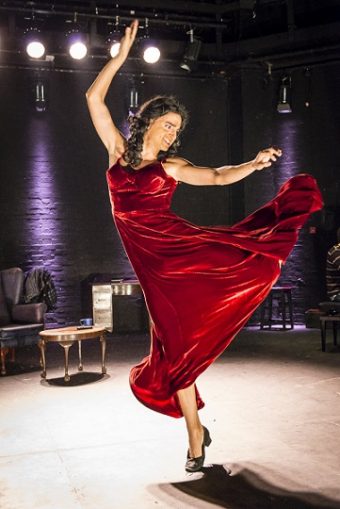 Although they introduced musicals to Spain or they translated films, the opposite doesn’t happen. Copla is an exotic song that speaks of an abused woman, a prostitute, a repressed homosexual, gypsies…

Does repression related to homosexuality, coplas and immigration still exist in Spain?

I live in a bubble as in my circle of people, it is all about acceptance. Nobody around me supports the Partido Popular (Popular Party.)

Corruption is deeply rooted, and Francoism is grounded in rural areas in the country and in sectors of society where you get the feeling that a whole generation must die out before we can free ourselves from it.

Do you see similarities between Franco-era Spain and Spain today?

In the show I say the following sentence, “I know that we don’t live in Franco’s Spain, but it is similar: corruption, crisis…”.

Is there censorship on the subject of homosexuality?

Spain was one of the first countries to accept marriage and celebrate the largest Pride in Europe. It gives the impression that they fly the flag in defence of homosexuality. 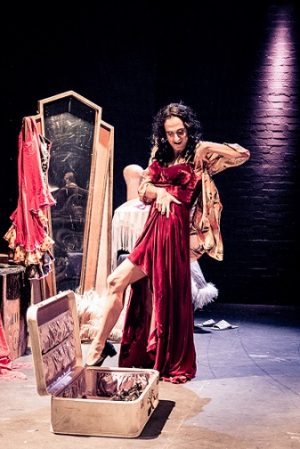 However, in an unshakeably conservative society this has not been overcome. Federico, the main character in the play, is a representation of all those who are not accepted by either their families or society. On the other hand, there is greater tolerance in England.

How does it feel to be an immigrant and a homosexual in the United Kingdom?

I see acceptance on the topic, especially in the environment of the theatre.

There are people who have bad experiences in other fields, this is why we in the theatre hold our hands out to them and offer our experiences to those who are repressed or who are not capable of moving forward.

Are there members of the audience who accept homosexuality in the theatre but not outside of it?

It reminds me of the typical Spanish experience of the funny “fag”.

Possibly, but I don’t know enough about British society to give a general opinion. I know that this situation happens in Spain.

Once I took The Copla Musical to an English city and I experienced discrimination, not as a homosexual, but as a Spaniard. 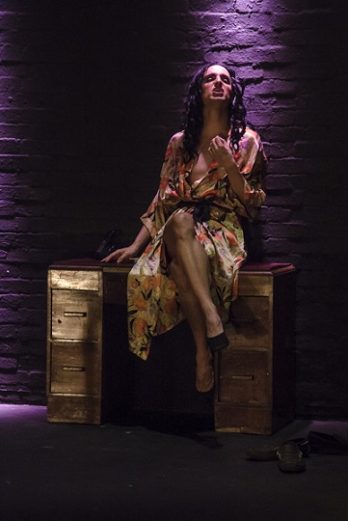 I was promoting the show; I went to gay bars and had no problems. It happened in 2015 before the Brexit vote and I experienced a controversial environment that took advantage of the political situation.

Outside of London, I experienced the idea of wanting to clear England of immigrants more strongly with the topic of Brexit.

Have you felt a difference between the period before and after Brexit?

In the beginning, it emboldened those who wanted to expel immigrants, but it also helped many people to come together to protest against Brexit.

Nobody thought it would happen, and the fact that it succeeded shows the lethargy of the society who did not go out and vote.