This year, 12 years after its creation and 12 years of being a pioneering, bilingual and unique media in the UK by and for migrants, The Prisma wins an award at the IMA Awards 2022.

The “International Reporting of the year” award is significant not only because the Independent Media Association (IMA) is an organisation set up to bring together the best independent journalism in the UK, but also because this stage gives visibility to the hard and professional work of independent media and journalists.

In the case of The Prisma, it has been a sustained, weekly work, carried out by volunteers, without exception, to provide information on immigrants, immigration and refugees, and on what is happening in Latin American countries and specific international events.

As the narrative of the news about immigrants and also about Latin America is in the hands of the mainstream media, this generates contradictions of information for the public, which violates the freedom to be informed. This is why The Prisma has always sought to report in an ethical, responsible and different way.

With the IMA award “International Reporting of the year”, The Prisma not only reaffirms the seriousness of its content, but also the importance of having a media for immigrants, which reports their problems, needs, stories and achievements, and which creates a bridge with British society. And this is important because with migration on the rise, we have extended our coverage to the diaspora from different geographies. 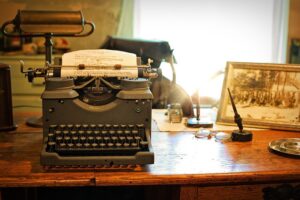 Talking about their realities has made British society look at us in a different way. We are immigrants talking about immigrants.

Independence and ethics have led to financial difficulties and we have had to sail mostly alone, but we have achieved great journalistic work, we have gained space in the British media and we have taken our work for multiculturalism even to the British Parliament.

All this has been, and continues to be, possible thanks to the joint work of professional journalists and newcomers, translators, proofreaders, editors, assistants, columnists, web developers and others who for a short time or for years have given, or still give, part of their time, effort and spirit to strengthen The Prisma.

There is a very large number of independent media in the UK. There is talk of hundreds, thousands and even more. There is no consolidated figure because there is no comprehensive register, whether kept by journalists’ groups (unions, associations or co-operatives) or by regulators.

This is mainly due to the very nature of this type of media. Some are officially constituted, others informally. Some have a very complete organisational and administrative structure, others are limited to a couple of people. Some have very high annual incomes, others have annual incomes of no more than 2,000. Some are left, centre or right wing and some are openly partisan. Some are of good and some of bad quality, some are activist and some are simply informative. 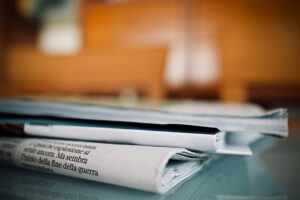 What they have in common is that they are free from the influence of government or corporate interests, influential people or big business, and they generate alternative education about their local community or nationally, or about specific issues or minorities. And they do this through different formats.

Freedom to report is the norm. If there is censorship or control, it comes from within or because of economic pressures.

But they are a real and important option for opinion-forming, for a general, multiple exchange of ideas.

This freedom comes at a price: for most, languishing finances, weakness in the face of judicial attacks and the invisibility of those who do not belong to large conglomerates. (Smaller media are the hardest hit and are almost always doomed to disappear).

Nevertheless, some work hard to produce ethical and quality content, they have a commitment to truth and a responsibility to democratise information. because they know that it is about democratising information.

Against this backdrop and thinking about the need to create a body to unite this type of independent journalism, which seeks to provide alternative and truthful information, encourage debate, and create critical thinking, the Independent Media Association (IMA) was created.

IMA was created to bring “together the best of the independent media in the UK to help fight for our collective rights, as well as, the rights of the public to receive news free from free from corporate and state control”.

It has worked hard at it and today has more than 50 members (The Prisma is one of them) and to democratise news and independent media, it is “dedicated to promoting the work of independent media, media which is free from corporate and political control”.

One way of doing this has been to create the Independent Media Awards, in order “to highlight, showcase and reward independent outlets and journalists and promote and support the independent media sector as a whole”.

IMA set out defined 16 categories that allow broad participation from all UK independent media and journalists, whatever their format. For 2022, the winners in the different categories were:

Best use of social media: Another Angry Voice, Skwawkbox

Podcast or Livestream of the year: Milk The Cow Podcast, Socialist Think Tank