What is it like for a Latino man with few resources to look for a new life in a different continent? Even a common language plays tricks. And when things are hard, do you stop calling your family? These are the issues in this new film between fiction and documentary.

He used to go to Brazil for a few months, long enough to make a documentary, but in 2012 due to the economic crisis, there was no film production in Portugal so he moved to Rio, and soon started work on this film “Estive em Lisboa e Lembrei de voce” (I was in Lisbon and remembered you), which has just been shown at the 7th Latin American Film Festival in Lisbon.

The intertwined histories of Portugal and Brazil fascinate him, as do the subtleties of the Portuguese language spoken in the two countries.

In his conversation with The Prisma he talks about the experience of being a migrant himself, acknowledging the privileged position his class and education have given him.

In comparison life is far more difficult for Sergio, the main character in his film who arrives with limited money, no higher education or training, and no experience of the world beyond his home town of Cataguases in the Brazilian state of Minas Gerais.

He doesn’t like borders, between countries which “are to keep what we have away from others, but tomorrow, if the world changes we may need help”, he says. 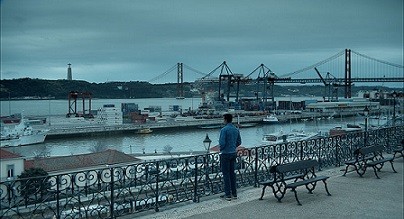 Is it easier to make an indie film in Brazil?

It’s a much bigger country. They have laws that allow private companies to invest tax-free in film-making. And ACINE the national cinema agency also has ways to help, there is some state money and private TV channels co-produce films.

Your film about Fradique Mendes, tried to tell the colonial story from a different viewpoint. Is there anything of that in this film?

“The lost manuscript” tried to tell the history from the point of view of the formerly colonised peoples. In this film I wanted to do that in a contemporary situation, I’m living between two countries, and history is very interesting over 500 years, and we also have this recent economic situation where a lot of Brazilians are returning, and Portuguese have been going to Brazil. The story in the book is a bit like a mirror to me, because it tells the story of a Brazilian who comes to work in Lisbon. Sergio doesn’t have a strong social and economic position whereas I’m a middle-class guy, but there some things that are the same – being in a place where you don’t belong, and although the language is Portuguese there are differences. We play a bit with that in the film and the book goes deeper into the language question. 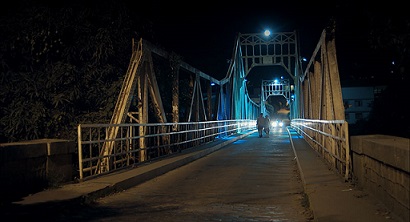 When Sergio meets Rodolfo he says “ah we speak the same language”! but then they both step back.

Sergio is from a small town in Minas Gerais, and Rodolfo tells him he is from Baixada Fluminense, which is a tough area of Rio with drug trafficking, so Sergio gets a bit defensive.

Brazilians I know are very divided about Brazil, some want to buy Brazilian food and keep contacts, and others seem to have rejected their homeland.

Before this I made a documentary for a TV channel about Brazilians who were returning because of the crisis, they didn’t have money to eat or sleep, or buy a plane ticket. The Casa do Brasil helped this guy to ask the Embassy for help to get a plane ticket. 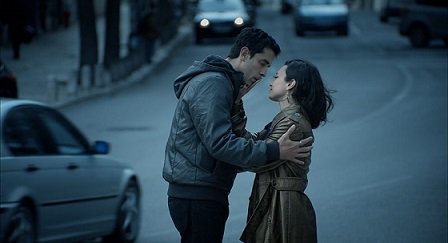 He had been here for 20 years, aged 60 and had lost contact with his family in Sao Paulo, but they had to have his sister’s agreement to receive him before the Embassy could pay his plane ticket.

Immigrants abroad help each other, but in order not to suffer so much they cut their roots, after a while they stop calling their family and friends, although the internet is changing that a bit. They can’t be here all the time thinking about what they left behind. I identify with that now in Brazil, it’s constant pain, you have to find new ways of living.

And there is a sense of failure and defeat when things don’t go well, you don’t want your family to know, you tell them it’s all OK, don’t worry.

Sergio offers to marry Sheila, who works in a dodgy bar, when I might have expected her to be the one who wanted that.

Sergio believes people, that is very rare. She was married before, she was deceived into working as a prostitute. She is sweet on him, so she tries to move away and not exploit him. For Sergio it’s the first punch in the head, but she has had many. But then later she is in a situation with the mafia where she has no alternative to using him. 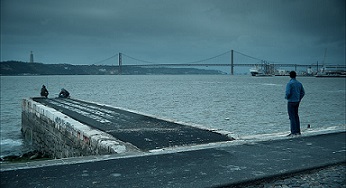 Would a Portuguese Sergio face similar problems in Brazil?

Everything is harder in Brazil, that’s why people like Sergio, with little education and money come here. There was a period during the Lula years and the beginning of Dilma, and people could go back and do well, especially professional people. But now it’s harder, and South America is a tough place to live. Some things don’t change, the immigration officials are rude and difficult here and in Brazil too. If this film can help people to understand that life is hard for immigrants, to find a new identity, to settle in a strange place, I will be very happy – because people are not coming here to steal our jobs. Humans have always moved around the world; borders are modern inventions that we use to keep things for ourselves – we have to share. Tomorrow we may lose what  we have and need help ourselves. 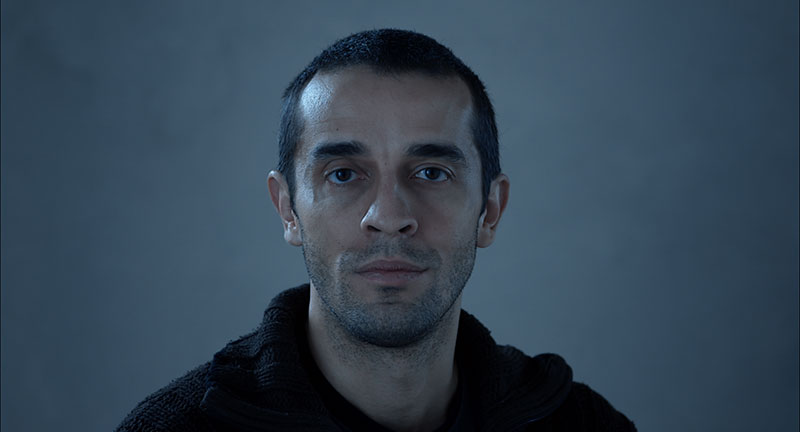 I have two documentary projects. One is about the language Nheengatu, which is a hybrid of Portuguese and a native American language. When the Portuguese arrived that began mixing their language with Tupi-Guarani and then as they moved inland, they adapted it to other Indian languages. In the north of the Amazon there is a territory bigger than Portugal where it is  one of three coofficial languages. In the 17th Century it was one of the most widely spoken. I want to meet the people who still speak it, and know how they feel about the culture and languages that they lost. It’s a metaphor for Brazil too, which is a mixed culture.

I’m also doing one about a political refugee, Maria Auxiliadora, during the dictatorship in Brazil who lived in Chile, and then when Pinochet took over she went to Berlin, and committed suicide because she had been tortured in Brazil.

I’m developing the script for a fiction feature about the sinking of a slave ship, and a lot of them reach a desert island, and the slaves are in the majority and take the power and form a new society.

And slavery is something that people here don’t like to talk about, but in Brazil it was an important factor in the formation of the country. 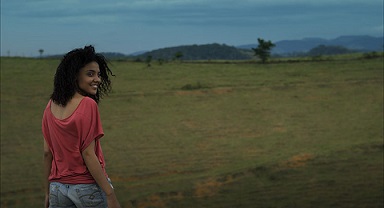 I don’t like these categories. In this film there are real people they aren’t actors or extras, mixed with professional actors. And when I make documentary I bring fiction into it. Fradique Mendes was a character by Eca de Queiroz, but I used it to make a plotline in “The lost manuscript”.