For Chilean journalist Patricio Mery Bell, the press is an “accomplice to the return of neo-fascism” and has allowed the greatest violations of human rights. Highlighting European “hypocrisy”, he says that the left wing should re-establish its principles and that Bernie Sanders, Jeremy Corbyn and Rafael Correa have a lot to say (we should listen to them and learn from them).

When it comes to indicating who is to blame, Patricio is clear that the media is the main culprit. “Without the press, there would be no Bolsonaro, Trump or Lenin Moreno,” he explains.

He also compares journalism to a mechanism of power that has a corporate interest, with truthfulness always being adversely affected, and that especially lacks progressive perspectives.

Below he gives the example of Venezuela and talks about the media trap we fall into regarding this topic.

He explains how the media aren’t discussing the disappearance of 600 social leaders in Colombia, the attack on the Mapuche people in Chile or the current situation in Haiti. There are major crises in all these countries, but the United States seems to be in control of the topic of discussion at every moment.

“Critical journalism needs to assume that it has just as much right to exist as the big media outlets that manipulate information”, he indicates, and adds that “the difference [between me and the big media outlets] is that I accept my biases and state them; I am close to the Citizens’ Revolution, progressive governments, the international left wing and this is where my stance as a journalist comes from.”

In the second part of his interview with The Prisma, Patricio Mery Bell talks about the media, Venezuela, Europe’s position and the changes needed for the left wing to have the opportunity to triumph again.

As a journalist in Chile and Ecuador, how do you view journalism in these countries?

It must be understood that journalism is a mechanism of power that has a corporate interest in the economy. It has favoured profit and incestuous relationships with the oligarchy, big businessmen and drug traffickers, thus sacrificing truthfulness, which has been the greatest loss. 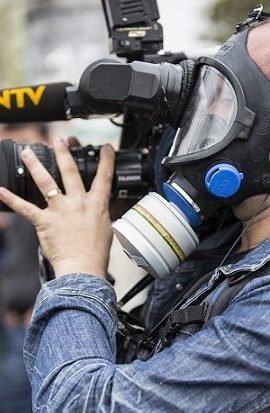 Everything they teach us at university doesn’t exist, because the truth is no more than what the owner of the media outlet, along with their corporate partners, decides should be shown.

I prefer a rebellious view of citizen journalism, where the people are now abandoning the media and are informing themselves through social networks or their social circles.

Journalism is experiencing a brutal crisis and the press is the largest right-wing party in the world. They are the ones who have allowed the greatest atrocities, the greatest violations of human rights and corruption.

Without the press, there would be no Bolsonaro, Trump or Lenin Moreno. They are the direct accomplices and intellectual authors of the return of neo-fascism and the ultra-right wing.

It is obvious and inevitable to ask your opinion on the issue of Venezuela.

Angela Merkel and Macron talk about Venezuela, but they stay silent about Haiti, or the 600 social leaders murdered in Colombia, or the Mapuche people… We are also falling into the media’s trap of discussing what they want us to discuss.

I understand. Nevertheless, I would like your point of view on Venezuela.

I will make a slightly deeper analysis. First, the devil was North Korea; the whole world was talking about it. Donald Trump made peace with them and now no one talks about it. Has the political, economic and social situation changed in North Korea? We don’t know, because this isn’t discussed.

The United States is always looking for an enemy to fight. Before it was Afghanistan, Iraq, Saddam Hussein…

Every time the United States has interfered in a country to fix it, they have left it worse than they found it. Gaddafi’s Libya was much better than current-day Libya.

The United States needs a phantom enemy, and when the enemies run out, they will look for them outside of the planet.

We have to live in peace, the Venezuelan opposition will not solve anything through war because bombs do not discriminate between those who support Chavez and those who don’t; they kill everyone. Peace is the only option for the development of our peoples. I can be critical of Nicolás Maduro and find thousands of faults with him, but I am respectful of democracy and the Venezuelan rule of law. I don’t want the United States to invade Venezuela.

What is the situation like on the rest of the continent?

There are social, economic and political problems in Venezuela, as there also are in Haiti, Colombia, Chile and Argentina, which is entering a brutal economic crisis. What is the difference between Macri’s government and Nicolás Maduro’s government, if we’re talking about bad governance?

The difference is that no one is boycotting Macri, there is no economic blockade on Argentina but there is on Venezuela.

The United States is offering humanitarian aid but, on the other hand, it is cutting off resources. If the United States wants to help Venezuela, it must do two things: stop meddling and stop economically stifling Venezuelans. 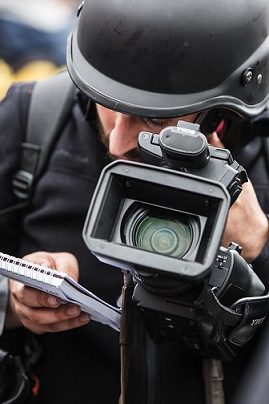 I won’t allow a left-wing government to be criminalised because this is part of the global plan of telling us what we should believe. I like Mexico and Uruguay’s stance; they say that an agreement should be sought.

But Piñera and Colombia are accomplices to a massacre. They are the new Tony Blair, the Latin American version. To show that they have power, they are prepared to sacrifice peace.

The way to resolve these problems is not to invade Venezuela. By this logic, the United States would have to invade itself because they have over 60 million poor people, a situation of economic emergency, racial violence… and who is criticising them?

I reject the idea of solely focusing the discussion on Venezuela as this is falling for media manipulation.

What should Europe’s position be?

They should stop being hypocritical and stop thinking that this does not affect them, since what is happening in Latin America is a lesson and warning for Europe. In one year, Lenin Moreno destroyed what Rafael Correa had built in 10 years.

And this can happen with Brexit in England, which would end up favouring the richest 1% and affecting the other 99% of the population if everything is approved.

This was a neo-liberal trick. The same will happen in France with Macron’s policies. Or in Spain with Pedro Sánchez, where he is left wing on some issues and ultra-right wing on others.

You can be left-wing, right-wing or in the centre, but we can’t betray politics.

For example, in the case of Jorge Glas, who has a German passport; tell me how many statements Angela Merkel has heard about Ecuador and how many about Venezuela. For Merkel, Sánchez or Macron there exist first- and second-class citizens. 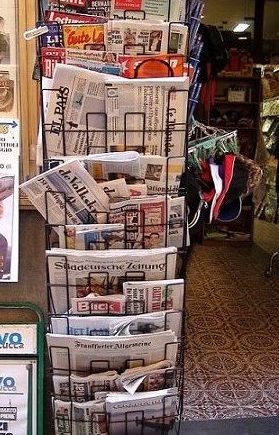 What actions would you suggest to change this?

The left wing has to re-establish its principles, its behaviour and major leaders’ community involvement. Bernie Sanders, Jeremy Corbyn and Rafael Correa have a lot to say (we should listen to them and learn from them).

People should understand that the left can save the planet. If we allow neo-liberalism to continue along this path, it will destroy it.

The great leaders should unite their ideas and see the problem as a global issue.

South America has natural resources and Europe has great technologies, one continent cannot live without the other. We live in a multilateral word, there is China, Russia, India… we have to coexist with all views.

Sebastián Piñera has been in charge of the Chilean government for a year. Why hasn’t a consolidated left-wing bloc emerged?

In Chile, there is trauma amongst the left wing, the trauma of the dictatorship. The only way that the left wing will win in Chile is by recovering ethics in politics and by being united, but it can’t be at any cost.

If this means continuing to follow neo-liberalism, this will not serve for anything. We have to build an eco-socialist alternative with the workers that respects the environment, a citizens’ revolution in Chile, where left-wing forces learn to coexist, respecting its identity.