This is the story of one Haitian immigrant based in reality. It is also a metaphor for the exploitation that is a way of life in Chile, entrenched in government attitudes. Reform requires replacing a Constitution that was written during the Pinochet dictatorship, with a democratic one. 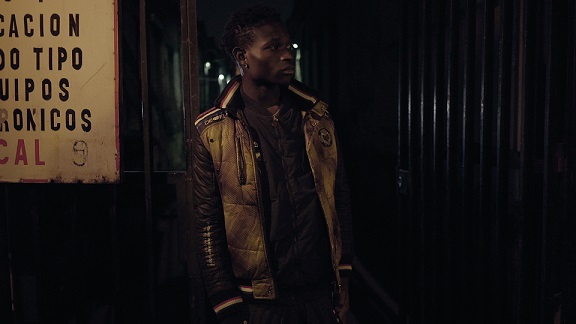 The film “Perro Bomba” is a timely look into the causes of the current protests in Chile, and the brutal response by the Government.

The main character, Steevens, is a young Haitian immigrant, and the drama kicks off when he hits his boss who racially insulted him.

His friend witnessed this but keeps quiet, and Steevens gets thrown out by his own family. Then he discovers that immigrant life without friends can be even harsher, until he joins a group living communally in an abandoned house.

The constant worry about who can be trusted is shown in a scene where a hamburger stall guy says: “I could get someone to steal your phone while still pretending to be your friend and you’d never know.”

Racism is a constant theme, and other issues that arise involve gender, machismo, and anti-gay prejudice.

Some of the cast had no acting experience, and others are experienced professional actors, who gave their talents and agreed to work without a written script for “Perro Bomba”, a film that has won many awards including in Havana, Malaga and Guadalajara.

The Prisma caught up with Juan Caceres, director of “Perro Bomba”, after his film was shown at the 10th Latin-American Film Festival in Lisbon.

You said that education has become a commodity in Chile.

It became an issue during the Penguin Revolution, in 2006 – so-called because of the black and white uniform of the students who protested for a decent quality education for all in a country where it had become something to buy.

This period marked me personally as someone who could not otherwise afford to go to university. I wanted to study film-making because I was interested in mass communication, and cinema is a way to build bridges in the general population. From the Penguin Revolution we understood that it was very difficult to separate our professional role as critics from our everyday role in society.

It goes beyond the classical politics of parties to questions of how people can express themselves. 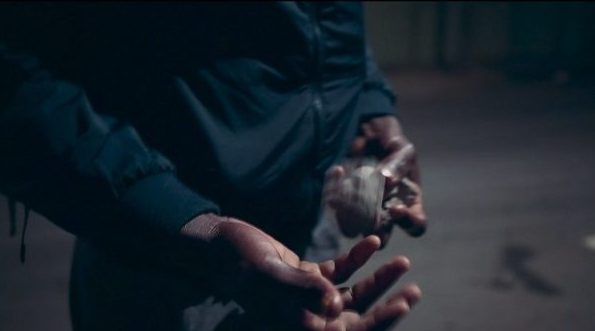 You have also said that politics in Chile is reserved as a profession for an elite, not the people.

Chile and other Latin-American countries are organised as oligarchies, whether in politics, economics or mass media. In Chile now there is a political crisis, and many people are protesting because they feel deceived by the way politics is controlled.

In the 1990s after the end of the dictatorship, the government, even though left-wing, was still governing under a Constitution created during the dictatorship, and voting for parties changes nothing, because the real power continues in the hands of the same elite.

Why did so many Haitians choose to come to Chile?

Most people come as economic migrants, and they choose Chile because of all the publicity about how it is the greatest economic success in Latin America. Many Haitians sold their houses thinking that they could start a successful life, but Chile is one of the most unequal countries in the world – the benefits of a strong economy mostly go to a small number of rich people:  1% of the population own 33% of the wealth. The crisis now is because people can see that Chile’s economic power is based on extreme exploitation. 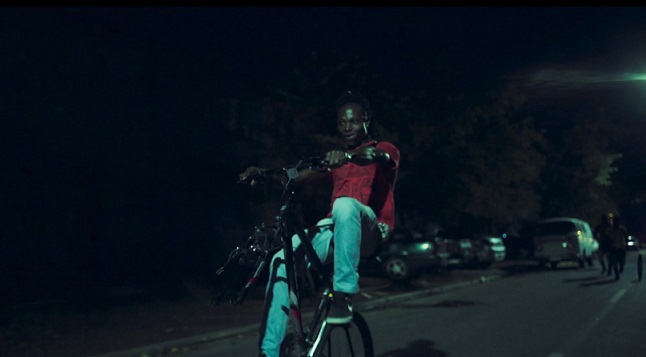 Your film shows the strong racism against blacks.

This goes back to the so-called pacification of the south in the 19th Century, where there was a genocide of indigenous people, against the Mapuche, the Kawesca, the Yaganes. The rulers of that time declared the Indians less human than the whites.

There is also a population of African descent who tried to make themselves whiter, through marriage, and by giving up their social and religious customs. So, the Chilean population sees itself as essentially white, and there is a lot of racism against the Mapuche and Aymara.

This racism is directed against immigrants from Haiti, and also from Peru and Colombia.

Because education has become a commodity, 80% of the population has never had the chance to understand our history and change their attitudes towards minority ethnic groups.

What remains to be done since the Penguin Revolution?

That was only one of a series of struggles demanding the most basic rights (health, education, right to a home, pensions etc), which the current constitution has left to the vagaries of market forces. Today we still have to decide, democratically as a population, what kind of country we want. 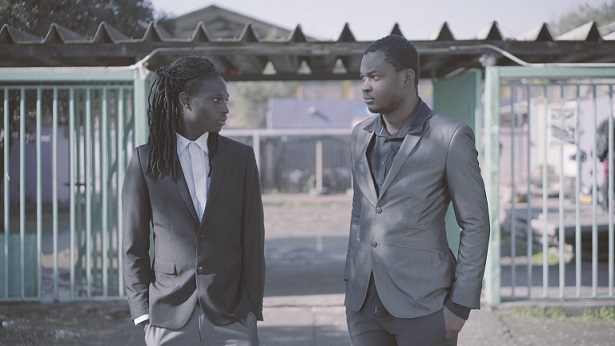 How was the film financed?

We managed in various ways, first crowdfunding, then support from three production companies: Infractor Films and Pejeperro Films in Chile, and Promenades Films in France. We also won support in a competition organised by the Instituto de la Comunicación e Imagen at the University of Chile, and finally we managed because of the commitment of a young team.

It is a manifestation of cultural colonialism, because in the big festivals, nearly all the Latin American films are made by privileged people who use marginalized people as mere objects for pre-written and academicized scripts. This maintains the idea that Europeans have, that Latin America is an exotic and poverty-stricken continent.

It’s also true that some of these films are important, but there needs to be space for a different approach too. 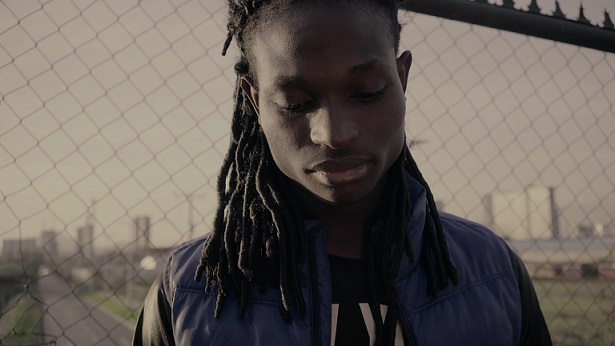 There is a short scene in which Steevens is invited to stay by his lawyer. She sleeps with him, but then he leaves very early. Were you suggesting sexual exploitation of him by her?

Making films without a script means moving with the dynamic of improvisation that arises, and cine is interesting because it is open to different interpretations. We didn’t plan to show only one interpretation.

Some people saw the scene as an example of supposed Haitian machismo, amongst many other views.

Does the character Steevens represent a real person?

The character shows a good deal of the experiences of the main actor (also called Steevens). But at the same time, he represents the thousands of Haitians who struggle to achieve a better life in Chile. Fiction and documentary are mixed to create a picture which is more document that documentary – as Victor Gaviria would say.

What does Perro Bomba refer to?

“Perro Bomba” is a term widely used in the poor areas on the edges of cities to mean a Perkins, in other words an expendable person used to run errands by those who are higher up in the hierarchy of drug-dealers. Later the term acquired a new layer of meaning, for people who are not afraid of making great sacrifices to achieve their objectives. 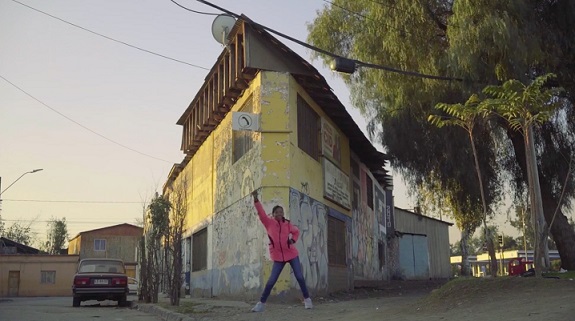 It came alive for me when I had the chance to work for the Chilean National Service for Minors (Sename) in an institution which was like a cross between a prison and an orphanage, where people live in the hardest precarity that our societies can imagine. I heard one of the stronger kids use the expression to refer to another whom he used to force to work for him under the threat of violence.

We decided to use it for the title because it is clear to us that the Chilean Government is replicating the same logic of abuse against the immigrant population, accusing them of ruining the quality of life in Chile, when everyone in the lower and lower-middle classes knows that this precarity has been dragging us down for a very long time and has nothing to do with immigration.

What’s your next project?

First a collaborative film mixing fiction with documentary, about the reality of poetry in Chile. Despite Chileans thinking of themselves as a country of poets, they receive practically no recognition by the State.

I am also planning a film about the influence of rap and reggaeton music on the construction of identity by adolescents. 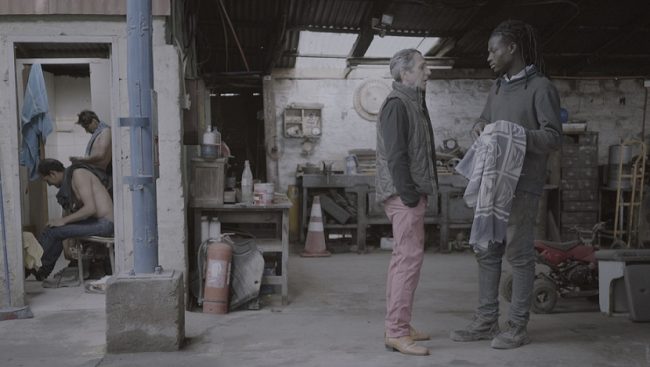