The possibility of supporters of Bolivia’s de facto government fielding a single candidate seems increasing unlikely; instead, competition for the presidency is intensifying among this group.

As such, the repeated calls not to disperse their strength, made by interim president Jeanine Áñez —herself ideologically aligned with former leader of the eastern Santa Cruz region, Luis Fernando Camacho— have received little acceptance.

“Splitting the vote is very damaging. We have already experienced this; the results or consequences of this division have already happened to us; we don’t want to experience it again,” Áñez stated a few days ago.

As the current president, her words are a fresh interference in the general election process, scheduled for 3rd May.

Áñez spoke of the successive defeats, suffered over 14 years, at the hands of indigenous leader Evo Morales and his Movimiento al Socialismo (MAS).

Faced with Áñez’s call, right-wing politician Jorge Quiroga —whose short-lived presidency of 2002 to 2003 resulted from the death of his mentor, former dictator Hugo Bánzer— insisted on continuing his candidacy for presidency.

Quiroga stated that his candidature did not aim to divide or disperse the vote in May’s new elections, but rather to concentrate it, in his favour, in order to prevent another MAS victory.

However, he did not mention that the polls show him with less than 2% of voter intention in his favour, much less than the MAS candidate —since announced as Arce— and other actual and potential hopefuls.

Quiroga has promised “a strong government”, using extreme language, littered with adjectives and insults that, according to local observers, seem to indicate his desire to become an Andean version of Brazil’s right-wing president, Jair Bolsonaro.

Quiroga has also declared himself to be against selecting “a spineless government, without competence and ability,” that enables MAS to subsequently return to government, in an outcome similar to events in Argentina.

He has also made tacit reference to the centre-right candidate Carlos Mesa, who was defeated by Evo Morales in the nullified elections in October 2019, and is today voluntarily ostracised — seemingly to avoid being tainted by the repression and mistakes of the coup regime, which, however, he is careful not to criticise. In addition to Mesa, who has stated that he will stand again in the elections, Carlos Ortiz —a right-wing businessman from the eastern province of Santa Cruz— hopes to emerge from the polls as head of state.

Others who have announced their candidacy include the duo of religious extremist and politician Luis Fernando Camacho, for the presidency, alongside Marco Pumari, both former civic leaders of the provinces of Santa Cruz and Potosí, respectively. 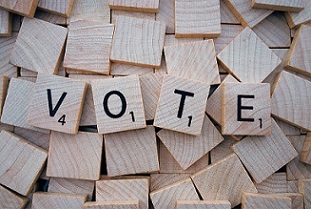 Meanwhile, Mesa’s group, Comunidad Ciudadana (CC), is negotiating an alliance with the right-wing movement Movimiento Social Demócrata (MSD); the latter is influential in the province of Santa Cruz according to the Erbol radio station, which points out that the agreement implies that MSD has secured the de facto government’s support for Mesa’s campaign.

Other minor right-wing groups, such as Bolivia Unida, remain undecided as to whether to unite with the existing candidates or to field their own candidate in May’s elections. (PL)