This polemic issue is now a reality, and although it has been widely debated and discussed since June 2016, there are many people who are unprepared for the consequences. It’s not an easy situation, particularly for immigrants. On 15 February, an event organised by Clauk will be held to help people know what to do and expect during the Brexit period. 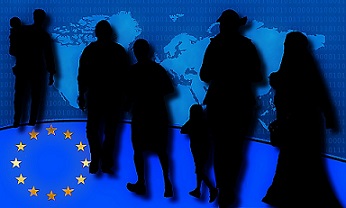 The event is aimed at people originating from the Americas, where they can not only hear detailed information about this issue, but also ask questions, voice their concerns about Brexit, and share their experiences, doubts and needs.

Various groups within this community face not only their own immigration-related hardships (lack of English language skills, unregulated papers, poor living conditions, barriers to accessing health and education services etc), but also inequality in terms of job opportunities and chances to integrate into British society.

From there came the idea to organise this event “Get ready for Brexit!, which has been created and developed based on the concerns and uncertainties surrounding Brexit. 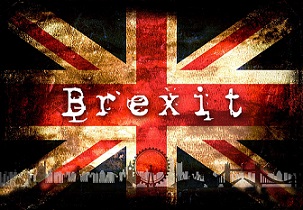 Through detailed discussion and practical exercises with participation of the attendees, topics that will be touched upon include rights after Brexit, the campaign for the official recognition of the Latin-American community, the services offered by Latin-American organisations, and available support when submitting residency applications.

“Get ready for Brexit!” is organised by numerous organisations in the voluntary sector in London, including the Coalition of Latin Americans in the UK, a coalition that was born in November 2012 with the aim of creating awareness and spreading information about important issues within the Latin-American community.

Clauk has an interesting history; it was registered by The Prisma and primarily focuses on working for better access to labour rights, better access to health services, and towards gaining official recognition of Latin-Americans as an ethnic minority.

Clauk has had varying achievements and has worked tirelessly on various fronts, something which has allowed the organisation to get closer to the community and address its concerns. 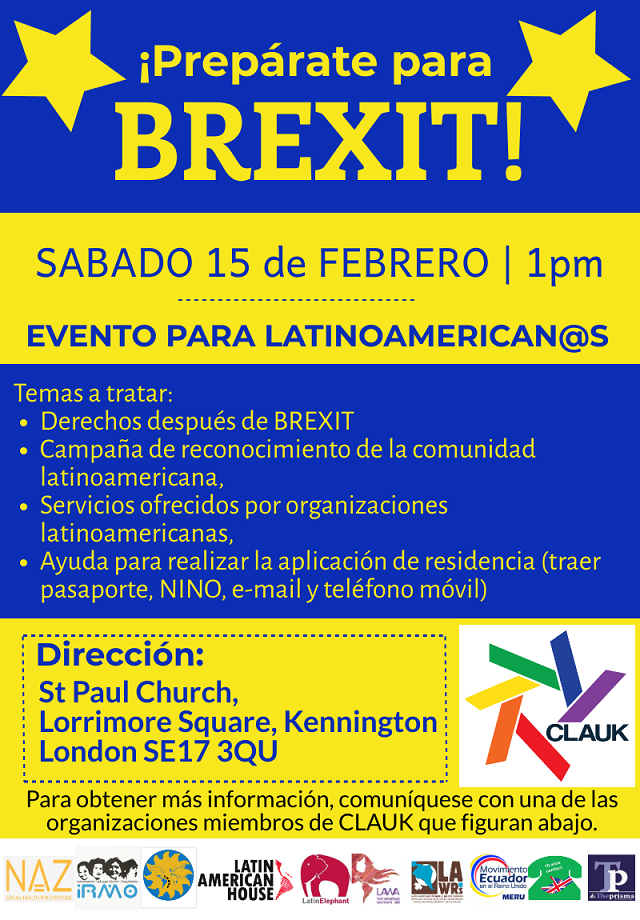 In this sense, another aim of the event to be held on 12 February is to provide information about the coalition’s different member organisations and the services that each one offers. Moreover, the aim is to establish the needs of this diaspora from all angles, as a community that must now face the reality of Brexit.

For more information on Clauk or any of the participating member organisations, click on the names to visit each link.