He is 23 years old and he came to London in 2018, but he hasn’t stopped following the political situation in Catalonia. In fact, he was there for the 2017 Referendum on October the 1st and he was one of many who united to defend themselves from the attacks by the national police. 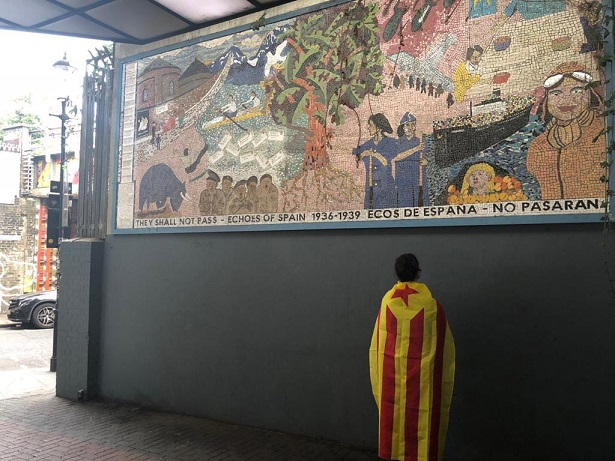 Robert Bes arrived in London with the goal of trying new experiences and immediately fell in love with the British capital.

A graduate in Marketing and Public Relations, he quickly began working in a café on his arrival in the UK and stayed there for almost one year.

The Summer of 2019 was nearing, and Robert was undecided to either return to Barcelona or to stay in London and try to look for work in the area that he had studied.

Finally, he decided to try to find the kind of job he really wanted, and he succeeded last September, when he began to work in a content team for a company in London.

Summer finished for everyone, but for him, he began a new stage in which he had invested a lot of hope.

Today, he continues working in the same company and his work is more focussed in the world of marketing, exactly what he studied.

A great fan of Shoreditch, art galleries and museums, such as the Tate and the British Museum and the street markets of Brixton, he is fascinated by the contrasts that a city like London offers. 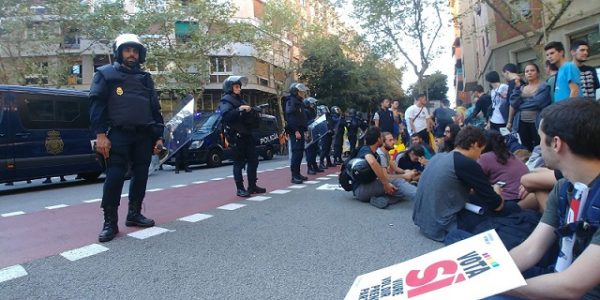 A steadfast activist, Robert Bes is in favour of Catalonian Independence and he was in Barcelona during the referendum on October the 1st, 2017.

On this date, the national police used brutal and shocking force against the voters, beating them to a pulp, and shooting them with rubber bullets. One person lost an eye.

“The first of October was the most painful day of my life” remembers Robert Bes, one of many that defended the school doors from the inhuman attacks of the police force.”

“The media tried to film what happened, but the police began to a beat them with truncheons.”

In the end, the masked police took the urns out of the school, and when some ran behind them to protest, they began to shoot rubber bullets and one person lost an eye. All of this despite the fact, that rubber bullets are illegal in Catalonia.\ 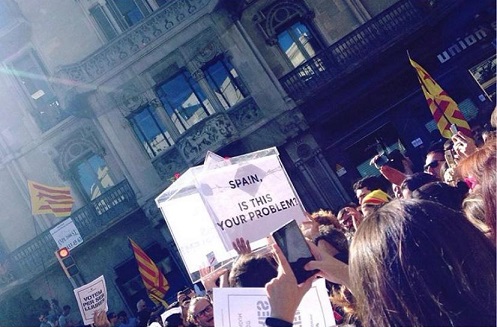 Despite being faraway, Robert follows the Catalan news every day and he was in London on October the 1st, 2018, on the anniversary of the referendum, protesting in favour of democracy

During the march through Portobello, they contemplated the mural where you can read the legendary “! No Pasarán!”, intoned by Dolores Ibárruri, “La Pasionaria”, in homage to the International Brigades that fought for peace during the Spanish Civil War.

Last year on October the 14th, when they handed down the sentences to the political prisoners he went to protest in front of the Spanish Embassy in London. There, alongside hundreds of protesters on a cold and rainy night in Autumn and united in the cries for equality and freedom for the prisoners, he sang, “Els Segadors”, the Catalonian hymn that  refers to the Catalonian peoples’ uprising against King Felipe IV

One of these voices was that of Robert Bes, a Catalan immigrant who never forgets his roots.