In the tranquillity and beauty of the Pacific Islands, itās hard to imagine that the sparse populating making up its fourteen island states have one of the highest rates of child abuse in the world.

Around four million children are victims of mistreatment in the home. In Fiji, 71% of children have been subjected to physical violence and/or psychological abuse, while in the Solomon Islands, this number reaches 72%, and is even higher in Vanuatu (78%) and Kiribati (81%).

This was reported by World Vision for the Pacific, whose research confirms the risk factors involved in parenting practices to include abuse, high levels of gender inequality, social acceptance of physical punishment for children, amid growing poverty and inequality.

Moreover, the report warns that one in three parents has hit their children āas hard as they canā, and seven out of ten adults, including teachers, admit to hitting minors with whom they have interact.

In countries such as the Cook Islands, one in every four women believes that āmen must show who is bossā, and one in three victims do not tell anyone about the abuse they suffer. 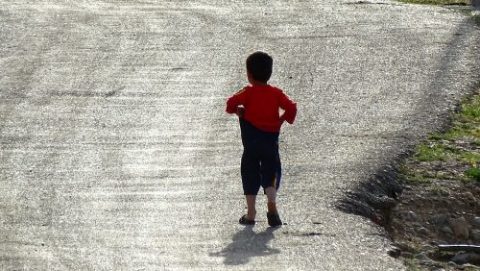 The situation for children in the Pacific

For children, the mere presence of violence in the home can be just as harmful as experiencing it directly, and once they are of age, they are more likely to find a partner that mistreats them and are also more likely to mistreat their own children. In this way, the cycle of intergenerational violence is perpetuated, emphasises Unicef Pacific Representative Sheldon Yett.

Together with this, says Yett, beating children is part of the local custom, since disciplining children using verbal force or aggression is considered necessary to educate them and ensure they understand their place at the bottom of the social hierarchy.

The World Health Organization (WHO) states that violence against children includes all forms of aggression against children under the age of 18, whether inflicted by their parents or by other caregivers, their colleagues, or their partners.

This type of violence, which is also preventable, affects children throughout their lives, in their health and well-being and in that of their families, communities and countries.

For the individual, violence can have harmful consequences, affecting their brain development and nervous system.

Likewise, exposure to violence at an early age can damage parts of the endocrine, circulatory, musculoskeletal, reproductive, respiratory and immune systems, with consequences that last a lifetime, according to WHO.

A recent study by the United Nations Childrenās Fund (UNICEF) highlights that child abuse costs 209 billion dollars to East Asia and the Pacific each year, the equivalent of 2% of the Gross Domestic Product.

According to Unicef, 25% of mental disorders in the poorest countries in Asia-Pacific are attributable to child abuse. (PL)

Support THE PRISMA: Journalism for immigrants. Give from Ā£3 a month