The story of Mia Kurihara, a 10 year old girl who died in 2019 after being abused by her father, shook Japan and led to the Minister of Justice strengthening child abuse prevention laws. Despite being a world leader in development, Japan is facing a number of problems in the sphere of child welfare.

Children being neglected, locked up, malnourished and even beaten is a clear sign that the protection system for Japanese children is on the brink of collapse.

In recent years there has been an increase in cases of child abuse registered in the country, with 1,000 cases of physical and sexual abuse registered in 1990, compared to 55,000 registered in 2010. Japanese analysts note that abuse towards minors at home, where punishment is common, is one of the biggest problems facing Japanese society today, a phenomenon called ijime (bullying).

Mia‚Äôs death set off a wave of reports on child abuse after her body was found in the bathtub of her family home, showing clear signs of abuse.

Around 80,000 reports of child abuse were filed to the National Police Agency in Japan, which revealed that, for the first time, it received four times more claims than five years ago. 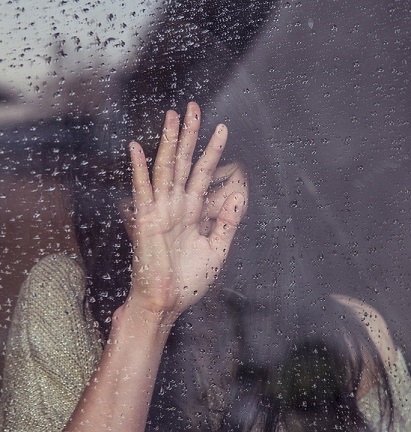 Seventy percent of these cases were related to psychological abuse on the part of one of both parents, while the rest were related to physical abuse, abandonment, neglect and sexual violence. Recent data published by the police authorities showed that 1,957 cases of the total number were investigated in 2019.

According to official reports, the number represents 41.8% more than in 2018.

In addition, a record number of minors became victims of sexual crimes and other types of services via social networks such as Twitter, with a total of 2095 cases.

Despite legal actions that condemn such abuse, the statistics from Japan‚Äôs Ministry of Health, Labour and Welfare show that the numbers of such cases have been on the rise since 1990, when data began to be collected.

Until now, the year 2017 remains the highest on record in terms of unprecedented child violence in Japan, with over 130,000 cases handled this fiscal year according to the Ministry of Health, Labour and Welfare.

In this period, concluding in March 2018, childcare centres across the country reported 133,778 cases of child abuse perpetrated by parents or legal guardians.

Over half of the reported cases ‚Äì 72,197 ‚Äì fell within the category of psychological abuse.

In May 2016, a legal amendment was introduced with the aim to involve more specialists in the process of handling child abuse cases. In order to facilitate calls for help or to report abuse, the Japanese government set up a three-digit phone line to replace the previous ten-digit one. Since then, the number of calls and accusations of child abuse has tripled, which has led to a corresponding rise in the number of registered cases.

Nonetheless, this type of abuse doesn‚Äôt only take place at home or school; studies show that the most alarming cases are registered in shelters.

According to an investigation published by newspaper The Manichi, the majority of child sexual violence that takes place in these shelters involves persons of the same sex. Between October 2018 and May 2019, the group Kobe Jidokan Seiboryoku Kenkyukai analysed registered cases of sexual abuse in the last ten years across 21 child welfare institutions that agreed to share their data.

The study showed that 62% of the incidents involved sexual abuse among minors; 8.8% among girls and 27.3% among boys. Moreover, around 40% of the victims were under the age of 9.

One of the first legal measures to protect minors came into force in June last year, when the Japanese parliament passed a law that prohibits parents and legal guardians from physically abusing minors.

From then on, the child welfare authorities had the necessary power to quickly separate children from abusive parents.

However, this legal provision was not deemed sufficient, and three months later, the Ministry of Justice confirmed that it had ordered for a group to be established, with a focus on the prevention and eradication of child abuse.

According to the group‚Äôs director Yoji Endo, the causes of sexual abuse among children are not only related to sexual urges, ‚Äúbut can also be used as a tool by children who are older or physically stronger to dominate other children‚Äù.

The research group plans to carry out more studies and analysis, including creating guidelines for early detection and prevention measures for such cases. (PL)