Images taken from inside show how health and hygiene recommendations are not being respected. CGT Ceuta demands that sanitary protocols are followed. 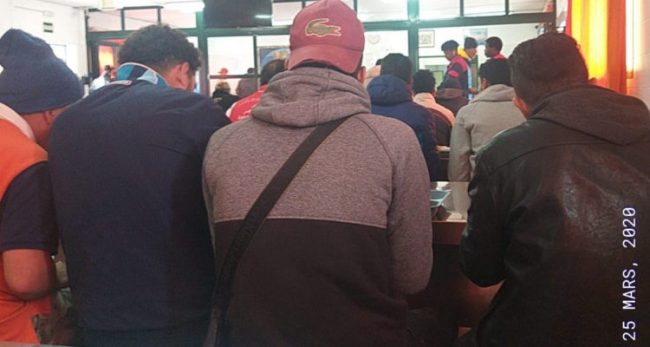 Even though 105 residents of the Temporary Immigrant Detention Centre (CETI) left for the mainland last Friday, with the aim of “relieving congestion in the centre”, according to the Government Delegation, the situation of those who remain inside is very far from complying with the recommendations put forward by the Ministry of Health to halt the spread of the coronavirus. In this way, in some images taken this week that El Faro has had access to, it can be seen how the CETI residents are eating just a few centimetres apart from each other and are queuing up without respecting the minimum safe distance between people of 1.5 metres.

Since the state of alarm was declared, the residences can no longer leave the centre, so it is some workers who are bringing them the shopping that they did when they had freedom of movement.

All of this has been reported by the CGT Ceuta union, which is demanding compliance with sanitary protocols even inside the CETI. Measures such as laissez passer to relieve congestion in the centre were welcomed, but they are not enough. Because of this, they are asking to “respect safe distances”. 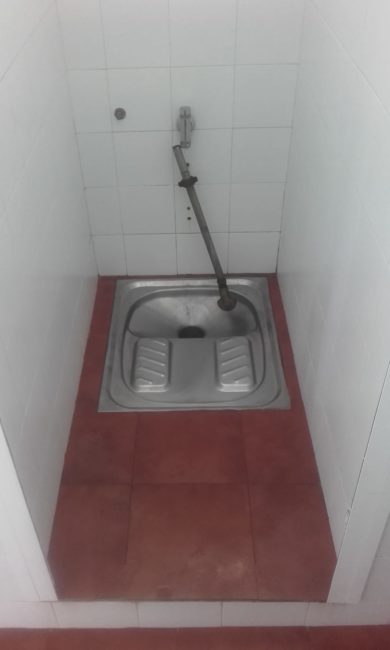 Furthermore, the union has reported the lack of hygiene and protection materials to prevent and decrease the risk of infection between the centre staff and the users, and also for security guards and kitchen staff or the technical team”, CGT explained. It also comes into play with the “discrimination” that the Government is carrying out in relation to the nationalities that are moved to the mainland.

For all that, the union is accusing both the central Government as well as the City of acting with “indifference, irresponsibility and humanity” towards the “necessary” resources for Ceuta. As reported by some inmates, inside every room up to ten people congregate and sleep in bunkbeds, so contact is more likely and the chance of infection is greater. Another of the actions that different public infrastructures have taken is disinfection, a point that some residents state has not taken place in their own rooms. Although it seems that it has been done in other areas of the CETO.

With everything, several immigrants decided to go on hunger strike in protest at the conditions and, also, following the movement of residents to the mainland.

Questioned last week due to other reports about lack of health and hygiene in the CETI, the Government Delegation stated that the centre “meets all the requirements demanded by healthcare authorities and the implementation of these measures led to the departure last week. The residents’ behaviour continues to be exemplary and they are following the confinement measures,” they stated from the Plaza de los Reyes.