The drama doesn’t start and end with Covid-19. Along with the critical economic situation aggravated by the pandemic, Muslims are faced with the agony of not being able to bury their relatives and friends in accordance with Islamic practices. 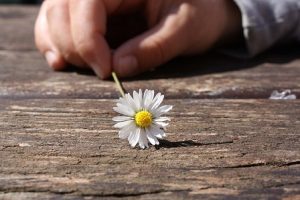 For Saad Malik, losing his father in the pandemic was only the start of his nightmare.

Cemeteries all over the country are refusing to take his father’s body, arguing that those living nearby could catch the disease.

The religious Iraqi authorities, tribes and locals are taking the bodies of Covid-19 victims back to the morgues in hospitals, where they are piling up.

“We can’t have a funeral and we can’t we bury him, even though he died over a week ago”, distraught Malik explains.

Armed men claiming to be tribal leaders have threatened to burn down his, his family’s and his friends’ houses if any of them try to bury the body in their area.

According to Islamic tradition, the deceased must be washed by the adults of the family, “men by men and women by women”, and then wrapped in white fabric. The funeral must take place within the three days following the death.

It is a process which involves an uneven number of baths and steps which indicate what order the body should be washed in.

During a Muslim funeral, there are no visitors but there is a period of mourning, longer than in other religions, to help the mourners recover.

To say goodbye to the deceased, as a general rule, a service takes place in a mosque and a series of customs are followed, for example, shoes are removed at the door, men and women sit in separate areas and women must wear a veil or a scarf and loose fitting clothes.

The service is short and includes ritual chants and prayers from the Quran. After the service, the mourners march in respect and the body is taken to the cemetery. However, in Iraq, this ritual is now rejecting victims of Covid-19 through fear of catching the disease.

The country is in lockdown until 11 April which many are ignoring, and the government is urging people to stay at home and to follow strict hygiene routines to prevent the spread.

In some areas, such as in the north-western area of the capital, tribal leaders are stopping representatives of the Ministry of Health burying four people who have died from Covid-19. 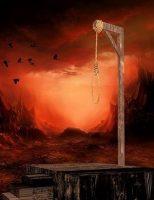 When they tried to take the bodies to another cemetery in the south east of Baghdad, there was a huge protest and they had no other option but to return the bodies to the morgue.

According to the World Health Organisation (WHO), leader of the global response to the pandemic, the coronavirus is transmitted through droplets and surface contact.

“There is still no evidence that the disease can spread through corpses”, the spokesman for the Iraqi Ministry of Health, Seif al-Badr, emphasised.

“The government”, he said, “is taking all possible precautions when placing the bodies in bags, disinfecting them and putting them in special coffins”.

The great ayatollah Aki Sistani, the top Shia Iraqi Muslim clergy, warned that the people who have died from the disease must be wrapped in three shrouds and urged the authorities to assist with the burials.

But burials continue to be rejected, even in the holy Shia cities Karbala and Najaf which has one of the biggest cemeteries in the world. They will not lay to rest those people who have died from Covid-19.

A doctor who lives in Najaf has tried to negotiate with the authorities to provide burials for the deceased but has had no success.

According to the specialist’s account (given anonymously), a widower begged the authorities to release his wife’s body so that he could bury her in his own house.

“This is the situation with only 40 dead. What will happen if it gets worse? Where will we put the bodies?”, the doctor asked.

There is also a risk that the pandemic situation will get worse in hospitals; there are only 14 beds for every 10,000 people.

In order to try to meet the shortfall, the Iraqis are turning to innovations like those created by the engineer Moqtada al-Zubaidi. He created a bed encased in Plexiglas that includes a ventilator, an air conditioner, an emergency button and a flat screen tv. Zubaidi is waiting for approval to build them. Each one costs $4million. But this may be too little too late.