London construction sites scheduled to reopen on Monday 20 April must stagger their opening times to avoid congestion and the spread of coronavirus on London’s bus and transport system, building and transport unions said. 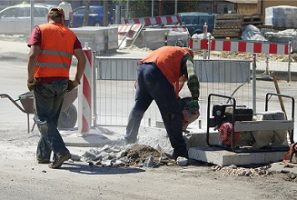 Construction and bus workers union Unite, along with the train drivers union ASLEF, said construction sites must stagger start and finish times so thousands of workers are not travelling in masse on the same buses and tubes.

More than 20 transport workers in London have died from coronavirus, with the majority of victims working as bus drivers.

The unions said that without firm action by construction companies safety measures to stop the spread of the disease on public transport, including the implementation of central door only loading secured by Unite, risk being undone.

A call was also issued to Transport for London (TfL) and the Mayor of London Sadiq Khan to help ensure construction employers comply with the unions’ demands. 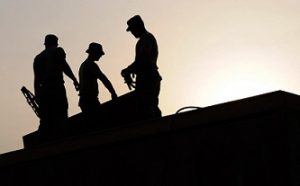 Unite secretary for the London and Eastern region Pete Kavanagh said: “It is imperative that construction firms stagger workers’ start and finish times. This should be happening on every site and employers should be liaising with each other, but also with oversight from industry federations, to make sure these times are different.

“Unless that happens the progress made in recent days on central door only loading and other measures will be undone. We will see unnecessarily large groups of people boarding the same transport because they are starting work at the same time. Even now our members report that too many people are getting on some buses.

“TfL and the bus companies also need to limit the number of passengers that can board at any one time and those passengers need to be wearing face covering to prevent the spread of the virus. If you do have to use public transport please take extra care – it is no exaggeration to say that our bus drivers’ lives depend on it.” 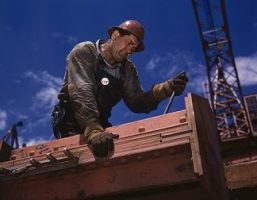 Unite national officer for construction Jerry Swain said: “A number of construction sites will reopen on Monday and it is absolutely essential that they stagger the start and finish times for the thousands of staff due to begin work.

“This is not only imperative for London’s transport workers, who have already paid far too heavy a toll in the fight against Covid19, but for construction workers too. They, as well as their families and the general public, will also be at risk if they are forced to travel to work on crowded public transport simply because their bosses didn’t ensure staff were arriving and leaving at different times.  We call on TfL and Sadiq Khan to work with Unite, construction companies and their federations, to outline a clear plan to stagger working times and to get workers safely to site.

“The risk is not limited to the journey to and from work either. Public Health England’s guidance that construction workers can work in close proximity for up to 15 minutes is not fit for purpose. Construction workers are just as vulnerable as everyone else and need to be protected. Unite will not rest until employers and politicians make this happen.” 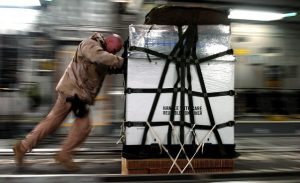 Mick Whelan, general secretary of ASLEF, the train drivers’ trade union, said: “All journeys should be staggered for the protection of those travelling and those providing the transport. We fully support the call by Unite for construction sites to stagger their operating times to even out the peaks and create real social distancing. We must protect key workers at all costs.”