The Coronavirus outbreak, in just over 100 days, has completely changed the lives and the daily routine of millions across the world, and a Spanish migrant is among them. The way in which the British government has dealt with the pandemic so far made him feel unsafe, to the point that he decided to take a break from London and move back to Barcelona. The Prisma’s  series. 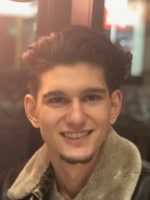 In such a short time, Covid-19 has claimed many lives and it’s still giving a hard time to the public health services of too many countries around the world. But as some Italians are saying nowadays, andrà tutto bene – everything will be fine.

In fact, every week I happily find myself writing and interviewing people, strictly from my sofa and via e-mail or Skype, to tell you their stories where they share their personal experiences, their fears and how they are dealing with the pandemic as immigrants in the UK.

I spoke to Robert, a Spanish immigrant who lives and work in the UK, and this is his story.

How long have you been living in London?

I started living in London during the summer of 2018, with no job and no idea of how long I was planning on staying. One week after landing here I found, like many other migrants, a job in a coffee shop. What I planned to be temporary, ended up swallowing my time without me noticing it and I spent almost a year in that job. 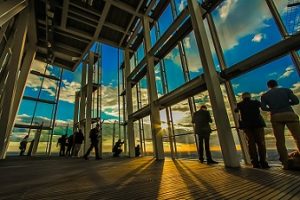 What do you do for a living?

I decided to quit and considered leaving London until a friend that I met in the coffee shop gave me an opportunity to work in his company, a London-based start-up that creates websites for small businesses to help them compete in the digital world, dominated by big brands. I am now working there as a part of the marketing team.

How are you dealing with the Coronavirus in the UK?

Before the government took any real action, other than simply recommending hygiene practices, my company decided to send all of us home. After a week of non-mandatory self-isolation in our room, and after many worried calls from my family and friends about the inaction of the UK Government, my girlfriend and I decided to go back to Barcelona, in order to pass the crisis at home, in a State that, from our perspective, is taking better measures to handle the outbreak. 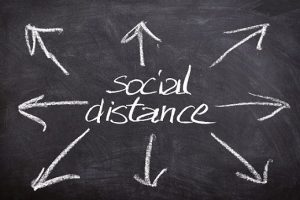 The UK Government’s response is: “prioritise the economy”, and its approach was irresponsible and criminal if you really think about it.

The actions they have taken have come far too late and are being enforced far too loosely.

Also, although I believe in the public healthcare system of the UK, to which I express my full support and admiration, the possibility of falling ill in a pandemic situation was somehow less worrisome in our own country. This is because we have never used the NHS since we arrived in London, and we were unsure of how to use it, what were exactly our rights and limitations and so on.

Since I’m able to work from home I find myself in an extremely privileged position. My daily routine hasn’t changed all that much.

What worries me leans more towards the general population: so many people are dying and there is not much that can be done about it now; the risk that the pandemics become recurrent, with people losing their jobs and then having to look for another during an unpredictable economic crisis.

But what worries me the most, is the fact that we might not learn anything from it. I fear that, once the health of the population goes back to normal, every country will be focused on the economy, which means precarious jobs on the rise, and cuts in education, science, and healthcare, that might mean fewer resources to fight another pandemic, whichmight be, then, the last one.
(Photos: Pixabay)