This book, “Letter to Bruno Manser”, is a memorial to Bruno Manser and it begins with a photograph of the mountain that marks his last known location, before he vanished in 2000,  and a letter: “Dear Bruno, if only you knew how many of your friends looked for you at the foot of Batu Lawi summit…” 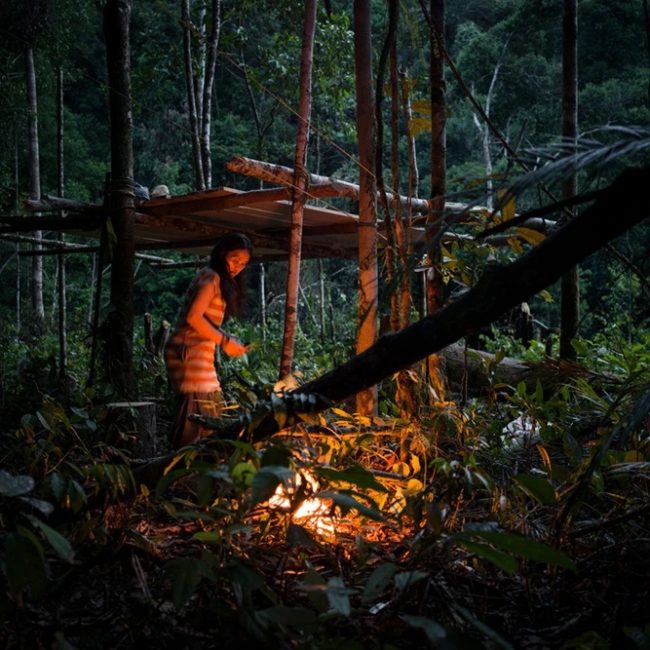 Manser’s love of nature and disposition for a solitary life– he became a shepherd after four months” imprisonment for refusing national service in Switzerland – shaped his decision in 1984, aged thirty, to travel to Borneo.

He chose to live, outside the Anthropocene, with the dwindling number of nomadic, forest-dwelling Penan in Sarawak.

Manser, earning their respect and friendship, wrote detailed notes on the Penans” anarchist lifestyle and their frugal communistic economy.

When logging operations moved into their homeland, supported by a government whose Environment Minister owned a major logging company, Manser helped the Penan organize resistance.

Their traditional way of life had been compromised before, when evangelists first urged them to abandon animism and cover their nakedness, but this was an existential threat. They asserted their customary rights to the land by blocking roads and drawing international attention. 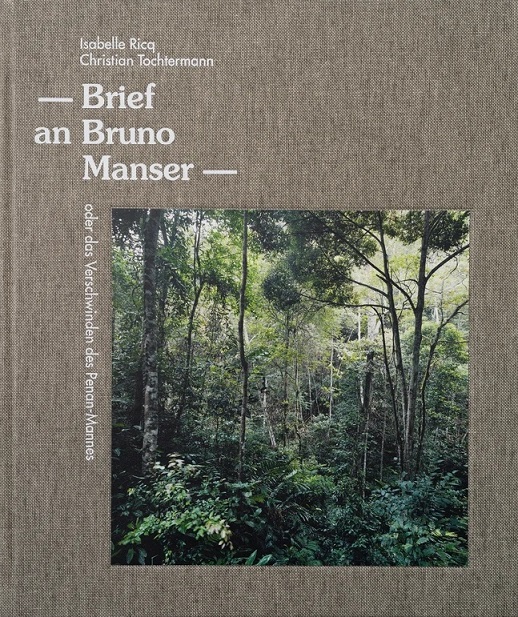 Manser was arrested by the police in 1986 but made a dramatic escape from the convoy escorting him to prison.

The “troublemaking European” became “public enemy no. 1” and a large reward was offered for his capture. Logging protests continued, bringing a thousand riot police with tear gas to break up one blockade. “Letter to Bruno Manser” tells the story that radiates out from Manser and the Penan to the corrupt politics of Malaysia.

By 1990, with his parents in poor health, Manser made a trip to Switzerland using a fake passport. With money for the film rights, a new publicity campaign was mounted, including a hunger strike that brought Manser close to death. He returned to Sarawak in 1994, the first of four journeys that evaded immigration controls.

But logging operations had not been halted and a younger generation of Penan were being won over by promises of resettlement and material rewards. Individuals were secretly paid by logging companies and in January 2000 a Malaysian journalist betrayed him to the authorities and he was deported. 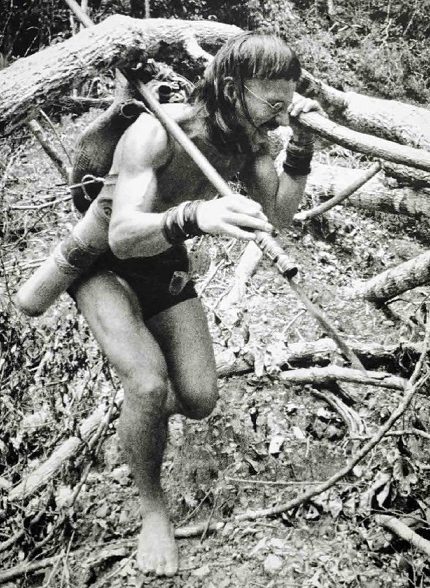 n May 2000, Manser entered Sarawak illegally through Kalimantan and after meeting up with an old Penan friend he set off to the mountainous peak of Batu Lawi. A meeting with several Penan groups was scheduled for three weeks” time but Bruno Manser was never seen again; whether accident or murder remains unknown.

“Letter to Bruno Manser” is an invaluable publication, a soberly written but very moving documentary told in pictures and words. Today, the Penan have been “integrated” and older ones have their memories, like the man who made the first bark loincloth Manser wore and who remembers helping to hide him when wanted by the police.