What are the attitudes of both groups? What are the implications for social justice and for the healing of past hurts? 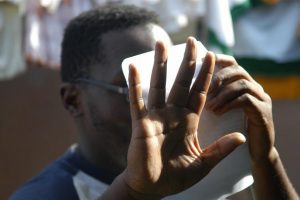 Perpetrators: As you read this, people are screaming in pain, and longing for death. A torturer exercises his instrumental, and possibly, sadistic, will on them. How long, oh Lord, how long?

The slavers and planters, too, were involved in “instrumental” violence―”instrumental” because it had a practical end, of making money, and thereby providing power to an élite. This instrumental violence required both legitimating, and an absence of checks. As this violence increased, so the legitimating increased. At the hands of individual slavers and overseers, sadism, an enjoyment of violence for its own sake, crept in, as if by stealth.

At this point, the torturer kills his own victim, without an instrumental gain; the only gain is a strange and alien (to most of us) satisfaction at the pain inflicted, even if financial loss is incurred.

Two centuries on, the descendants of these perpetrators have telescoped this ugly history. “Let bygones be bygones”! What originally legitimated this violence is by now scarcely remembered, and people who do recall it, have their motives for doing so questioned, criticised, and doubted―even abused.

What matters is “heroic history”!―Nelson”s victory at Trafalgar, not his espousing the cause of slavery. Yet, whether we like it or not, the history of serial killers shows that they first learned their delight in torture, rape, and death―as “heroes”.

Victims: “Never forget!” by contrast, is the cry of the victims, and these words reverberate in the mouths of their descendants after them.

Between the cup and the lip, there is a slip, and a very big one―the so-called “magnitude” or “injustice” gap.

While perpetrators see nothing or very little wrong with their behaviour, and may in fact see it actually as being for the good―victims, unsurprisingly, take the opposite perspective.

Hence, the gulf in perception between these two groups is enormous, and especially on the victims” side, unbridgeable. Perpetrators see no problem; victims see a problem which must forever be remembered―this is the “magnitude” or “injustice” gap. How can this be addressed, if at all?

Closing the gap: There are two fundamental ways in which this gap can be closed: through the provision of justice, and forgiveness. Some would say, or fear, that these cannot be provided together, for doesn”t forgiveness mean that justice should be bypassed? Justice―appropriate justice―by which we mean not revenge, or retribution―should be carried out.

Justice should be “restorative”, but it is still justice, nonetheless―it is an obligatory restriction of freedom for a prescribed period, by a recognised authority, not an ambiguous one, issuing from a tyrant.

The aim is healing. Part of this healing―for perpetrator and victim―is a process of mutual empathy, in which understandings of the other are increased, without denying the hurts, until a place is reached in which the victim is ready to commit to forgive―we have said nothing yet of an emotional forgiveness.

The latter may take years, maybe never. If achieved, both physical, emotional, and social healing are facilitated. Heart disease, depression, and much more, are beginning to be healed―and the perpetrator released into a new quality of relationship, too. The magnitude gap/injustice gaps are beginning to be closed.

Reparations: Reparations are a case in point. It is almost an a priori assumption that forgiveness is a contradiction that would subvert the work of the Reparations Movement. We suggest that reparations can be linked to a process of restorative justice and commensurate mercy and forgiveness, not an ever-unforgiveness, grudge-bearing attitude, which can never heal, and which, in the end the satisfaction is never complete, and the injustice gap, never closed.

A much more constructive process is to both forgive, and to seek justice. The perpetrator can then face the realities of history, and what it means to the victims, and, in the course of this, grows into greater maturity, with improved social problem-solving skills. Both sides need to truly understand each other, without self-serving interests shaping their stories. Gaining restorative justice, means gaining understanding. Gaining understanding is likely to be a key factor in providing both the first step of commitment to forgive, hopefully to be followed by an emotional forgiveness. 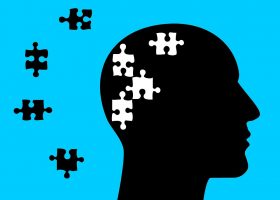 Reconciliation: This can happen, whether or not forgiveness is provided. It is possible to forgive, and not to reconcile. And vice-versa―as political enemies do, out of a pragmatic personal or national self-interest. Our call, then, is based on a call for increased honest self-awareness. The Reparations Movement should still, indeed, seek justice, but should also be prepared to forgo any grudges in favour of a forgiveness that is both decisional and emotional.

Does this mean that only the victim must work hard at forgiveness, and reconciliation? “Never forget” means that the victims often suffer their pain in silence, until they rise up in a movement. The descendants of the perpetrators live in blithe, sometimes quite wilful ignorance. They may squirm and wriggle, and find reasons not to listen. But listen they must, if empathy, restorative justice, reparations, decisional forgiveness, emotional forgiveness, and reconciliation, are to be achieved. Only then will the wall of hostility be broken down, and genuine community be realised. But it will mean getting past fake “polite” community, enduring some painful social and psychological tensions, before starting to get to the point of genuine, shared listening, and then―real community.