The author of this article is one of many journalists who have been “Witnesses and Protagonists” in the history of several countries where they have produced social and political change. 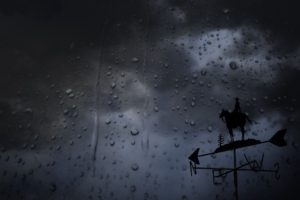 In those days, in 1987, because of the confrontation between the Sandanista Popular Army (EPS) waged from Honduras by the ‘opposition’, it was common for the ringing of a telephone to break the dawn peace.

The telephone announcement mobilised the Latin Press correspondent in Managua to immediately move to the capital’s air base and board a military helicopter to the Honduran border, where, yesterday a big battle had caused a lot of damage to the Contras. To move by car from the house-office to the extreme north of the capital, in the middle of a darkened city where it was necessary to exercise certain security measures to avoid dangerous or at least unpleasant incidents, was the best remedy to wake everything up.

Upon arriving at the air base, having passed all the checks to access a military base in a country at war, we arrived in a room where there were already some correspondents invited on this flight from more than a hundred that were reporting on the conflict from the country for different media outlets.

Daylight surprised us while we were waiting for clarification of the route that the helicopter carrying the journalists and the two body guards, would follow, depending on the location of the Contra troops in the area and in expectation of an attack by the dangerous ‘arrows’ (personal ground to air missiles). 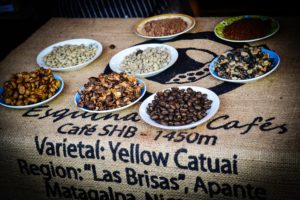 On boarding the Sandinistas Air-force’s Russian, twin motor helicopter, with missile equipment and machine guns, which made them much feared by the Contra troops, we squeezed onto benches on both sides of the aircraft respecting the central space without knowing until then what its purpose was.

With typical Nicaraguan nonchalance, the crew clarified the mystery. In having to fly over combat areas and nearby areas where yesterday they had discovered a concentration of Contra troops, the centre was for the dead or the injured if their bullets perforated the floor or side walls of the aircraft.

“And no one stops or we all go down!” warned the captain, who was leading the mission, whilst in the open doors there were soldiers with machine guns ready to answer any attack from the ground.

In the almost three hour flight in combat position, with the nose gently inclined downwards we could appreciate the beauty of the Nicaraguan forests, the same ones where on the 5th of October the year before, a US tactical transport plane C-123k was shot down and the North American pilot Eugene Hasenfus was captured.

This shooting down and capture of a US pilot in Nicaragua, whose location in the middle of a dense forest we could access, a small group of journalists, demonstrated to the world the complicity of the Washington Government in supplying $100 million worth of aid to the contra-revolutionary forces with bases in Honduras, but that is another story. 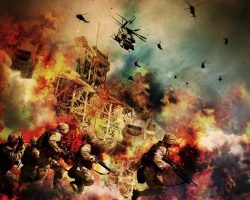 The muffled sound of the MI-17 joined with the whirlwind of sand that rose up on the banks of one of the many tributaries of the Coco River, the second longest in Central America, 550 kilometres long, delineating part of the 966 kilometres of the extensive border between the North of Nicaragua and Honduras.

From the windows of the aircraft, in spite of the dust thrown up by landing, we could see many bodies, the result of fighting the night before and alongside them a strong unit of Sandinista fighters ready to fend off any new attack from the other side of the shallow river.

An improvised command post under some trees served for interviewing the leaders and fighters in this episode of war, which was only different because of its magnitude from daily occurrences during almost a decade of war directed and financed by Washington who were condemned by a judgment from the International Court of Justice at The Hague.

The bodies lined up on the sand crudely reminded us journalists of the constant presence of the judgement issued on the 27th of June 1986, that obliged the US to pay a millionaire compensation for  physical damages of over 17 thousand million dollars and more than 38 thousand deaths..

The historic ruling, issued two years after the demand was presented to the Court by the Sandinista government, was systematically ignored by the Washington authorities, who never paid a penny and did not even offer an apology for the blood bath they forced on Nicaragua in their dirty war.

Before the evening came the three military helicopters took off to return to Managua, carrying  together with the journalists, three young ‘compas’, wounded in action who required specialist medical attention and with whose testimonies, limited by their physical state, we finish the story.

On arrival in the capital, the old type-writer with its perforated tape was waiting for us, to eagerly follow the interminable work of the printer to see the ‘rebound’ of the published article and later to replenish, in the night, the missing lunch to wait for, at any moment, the next call to announce a new trip  in the hunt for news. (Prensa Latina)