Two years ago, our kids bought my wife the board-game, “Pandemic”, for Christmas. We played it several times. But now, it appears all-too-real. 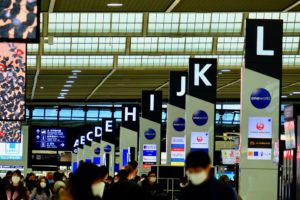 It seems only recently that scientists were debating whether to label our era as the ‘Anthropocene’, in recognition of the devastation our species was causing to the planet.

Perhaps now it should be called the ‘Virus-cene’ (if I may combine the Greek and Latin roots of these words).

Far from humans being the dominant life-form on earth, it is the humble virus. Its victory represents, what theologian Reinhold Niebuhr called, “The irony of history”.

At the high point of human technological advancement, when we never seemed so powerful, we have been brought so low by such a small creature.

This is a paradoxical reversal of H. G. Wells’ novel “The wof the worlds” where, instead of Martian invaders being killed by the common cold, it is we ourselves who are overcome by the virus. 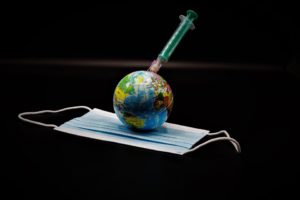 Our overweening pride lies shattered, forcing us to acknowledge that we have never been in control of our fate. As in the ancient Greek tragedies, hubris has led inexorably to nemesis.

The world religions recognise the result variously, as karma in Hinduism, or the ‘Law of Sowing and Reaping’ in Christianity. Or, more prosaically, a moral version of retributive cause and effect.

Covid also combines with other developments: such as, for example, loss of bio-diversity, growing immunity to antibodies, and global heating. As such, it’s another aspect of what leading ecologist, James Lovelock terms, “The revenge of Gaia”: the resistance of the natural world to human impacts.

Our influence even exacerbates some of these problems; for instance, increasing urbanisation destroys animal habitats, so that they now ‘invade’ cities, causing health problems.

Coronavirus, however, exemplifies what Paul Virilio called the ‘total accident’: an accident which, amplified by our very technology, happens everywhere at the same time. 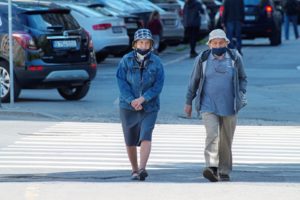 Civilisational advances inevitably create new classes of accident. So the railway ‘invents’ the railway accident, and airtravel the plane crash.

Similarly, our networked connexity makes us vulnerable to the virus: virtually so in computers, and physically through international travel, which distributed the disease.

This, Virilio believed (though he couldn’t foresee Covid-19), could lead to a ‘systemic crash’, as the illusion of progress, and human sovereignty, is overturned.

The crisis illustrates the loss of limits which characterises our culture: the failure of any concept of ‘natural law’, to guide our promethean ambitions, of remaking ourselves and our world as we wish.

The long excoriated 1972 book, “The Limits to Growth”, produced by the Club of Rome, contains many errors, but its main intuition is correct.

Maligned by the Right, because it questioned the possibility of sustainable economic growth, they take refuge in capitalism’s creativity, and ingenious techno-fixes. 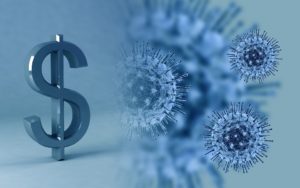 The Left, meanwhile, criticised the report, because it threatened to embed existing inequalities, by eschewing a future of increasing prosperity.

It is, however, possible for us to now envisage a ‘low-no growth’ economy, where benefits are shared, even slightly, more equitably.