More than a thousand organizations have signed the “Manifesto from the alliance of unity for life”, rejecting the administration of President of Ecuador Lenin Moreno and demanding his resignation due to what they consider to have been a mismanagement of the pandemic in this country. Its international launch will be this May 30, at 6 pm. in London, and at 12 noon in Ecuador. 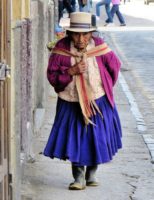 So far, this South American country has nearly 37,000 infected people and more than 3,000 deaths from the coronavirus.

The precarious situation of the health system and the actions of the current government to confront it, have angered a large part of the Ecuadorian people, which has caused its citizens, nationally and internationally, to declare themselves in a health emergency because they fear for their lives.

For these and other reasons, they have signed this public document that was written in May and which hopes to gather hundreds of thousands of signatures to achieve international pressure and to have their requests heard. The manifesto points out:

“We encompass many organisations, conscientious citizens, who feel the pain of the thousands of deaths, the helplessness and the uncertainty of so many Ecuadorian families. We are concerned about the hunger already being suffered by communities in the countryside and in the city. We are outraged by the abandonment of those infected and killed by COVID-19 and by the risks that  health workers, police, military and others who are in the front line are obliged to face, fighting against this pandemic.

We have a government that is incapable of prioritising the life and health of our people. Since 2018, investment in health and education has been reduced by agreement with the International Monetary Fund (IMF) and neoliberal policies were implemented which dismantled the State, aggravating the socio-economic situation of the population. This government is serving the interests of the economic elites, while sacking thousands of doctors, nurses, and other public employees. Persecution of its opponents is the hallmark of this government. 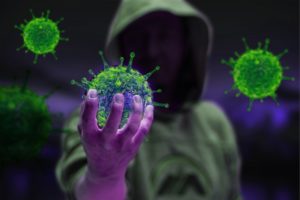 Although the World Health Organisation (WHO) alerted all countries, the government of Lenin Moreno Garcés has been unable to provide a contingency and emergency plan for the pandemic.

The decisions that have been taken are erratic and negligent, not taking account of the guidelines or the international health protocols.

The government has not recruited a scientific-technical team to respond to the pandemic and we regret that in these conditions its representatives are seeking to promote its image as if they were in a political campaign.

Guayaquil became an emblem of death and tragedy in the world, affecting the international image of the country. The “successful city model” established by the ruling classes during several decades of their exercise of political power in the city collapsed because the government and the local authorities favoured a neoliberal economic model that was not designed to serve the population.

These circumstances are now spreading to other provinces in the country, especially on the Ecuadorian coast. The isolation measures were introduced too late and a football match and other public and private events were authorised even when the first cases were already known, which triggered the expansion of the pandemic.

We are living through a humanitarian, social and economic catastrophe in which the government prioritised the payment of USD 326 million to the holders of foreign debt bonds, instead of using them for the health emergency.

Now, the government wants to make the poor, the workers and the middle classes pay the cost of the crisis, when prior to this, it defunded the fiscal budget by condoning and forgiving taxes for USD 4,295 million for banks and large companies.

The country needs the truth, so the allocation of resources, the number of people infected and killed by COVID-19, the total number of diagnostic tests applied and the exact identity and location of the dead must be made transparent.

This is a tragic and unprecedented moment for the whole country. The time has come to rewrite the rules of the contract between the State, involving the economy and politics, and  its constituents, the people. Faced with this abysmal scenario of grave institutional, economic and political crisis, it is time to raise our voices, articulate proposals and actions and demand the following immediate solutions:

We constitute this agreement of unity for life and we call upon all sectors of society to unite to avoid the national debacle for the good of all, to guarantee the people’s rights and to save our nation!

On May 1st, the workers’ rights day, we called for the beginning of actions of resistance by civil society and we called for the formation of a commission for truth and life to make the figures transparent, control the use of public resources and to restore the dignity of the victims and the dead”.