This nation is suffering from a serious crisis, the result of more than 19 years of war initiated by the United States for the control of oil, among other reasons, which caused the deaths of more than 60,000 civilians and injuries to around 150,000. Today it is a country with famine that extends to about 80% of the population and permanent warfare. And with Covid-19, a catastrophe is forecast. 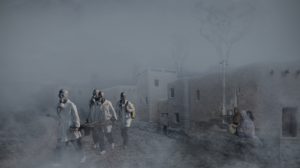 Afghanistan is getting closer to being a permanent epicentre of Covid-19 with all the health, humanitarian and economic complications for the already impoverished country of more than 37 million inhabitants.

Without receiving urgent international aid, the Central Asian nation is headed for an imminent catastrophe, accelerated by the serious crisis and an incessant spiral of violence, the authorities themselves warned. Health Minister Ferozuddin Feroz had already said in late March that Covid-19 could affect 16 million Afghans and could end the lives of more than 100,000. In other words, the epidemic could spread to 80% of the population.

Neither the closure of borders with neighbouring countries, nor the isolation or other measures implemented by the Afghan government could stop the dramatic advance of the disease within the country.

In little more than two months, more than 7000 have been infected, the deaths of more than around 200 people have been reported and the number of recovered patients does not yet reach 1000, according to official figures of which part of the population and analysts are suspicious, due to insecurity and the country’s fragile health system. 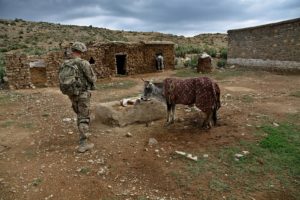 On 12th May, three gunmen killed 24 people when they attacked a maternity hospital in Kabul, and the same day in Nangarhar, a suicide bomber killed 32 other Afghans when he detonated a bomb at a funeral.

Everything is getting worse with Covid-19

Recently, four people died and a dozen others were injured when security forces fired on a protest in the Afghan province of Ghor, during a distribution of bread in the city of Feroz Koh.

The people gathered were protesting against the lack of government attention in the midst of the crisis caused by Covid-19.

In early April, the UN Refugee Agency (UNHCR) urgently called for increased support for Afghanistan, Pakistan and Iran in the current health situation and warned of the long-term negative impact the Afghan outlook could have on global efforts to combat SARS-Cov-2.

If an outbreak were to occur, the already fragile health systems would have an extraordinary burden that would lead to avoidable suffering and death, UNHCR said.

He warned that Afghanistan is facing a collapse of its health and social structures in the face of a dramatic increase in Afghans returning to their homes from abroad, with hundreds of thousands of people living in camps for displaced people and with increasing levels of poverty.

The international body noted that Pakistan and Iran, with about 90 percent of the nearly three million Afghan refugees, are under immense pressure on their health systems and economies.

Many of these people have difficulties in covering health expenses and basic food needs, since the forced confinement measures in these nations caused the temporary suspension of many jobs. Although the Pakistani and Iranian governments include Afghan refugees in their national pandemic response plans, international aid is required, according to UNHCR, to alleviate the situation.

Meanwhile, fears are mounting within the Central Asian nation that the humanitarian crisis is worsening with the increase in cases of Covid-19, the lack of test kits that detect the disease and political instability.

The government opened isolation centres and announced the increase of diagnostic tests, but the quantity of supplies in the current health contingency is still insufficient. 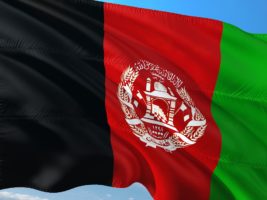 Afghan authorities claim that the World Bank has not yet delivered the promised monetary aid to support the fight against the disease in the country.

It is worth remembering that Washington suspended aid of more than a million dollars to Afghanistan, due to the alleged political instability with no qualms about the effects that the measure is bringing to the population. (PL)