The British Empire, so secure when Nona Baker, a young Englishwoman, sails to Malaya in the 1930s, was in tatters when she returned home in 1945.

Her story of those tumultuous years, “Pai Naa”, mirroring the contours of war, empire and colonization, is a heartfelt tale, a political odyssey with an ambivalent homecoming.

She leaves England to join her high-achieving brother, Vin, who is managing the largest tin mine in Malaya.

He manages some 8000 workers whose migration from southern India and China is encouraged as a source of cheap labour. Vin loves his job, from the kudus of hosting the Sultan of Pahang to the suppression of trade union activity.

World War II and the Japanese invasion changes everything but Vin is convinced Singapore, at the tip of the Malay peninsula, would never fall. The Japanese would be defeated in weeks, months at the most, and he suggests brother and sister hide out in the jungle until normality is restored.

After 16 months, in danger of being discovered, they seek protection in a camp of the communist resistance. 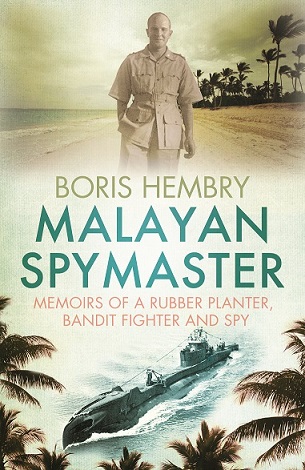 Life gets surreal as Nona edits an English edition of an illicit newspaper and sings The Internationale at morning drills.

The communists have saved their lives but Vin finds it increasingly difficult to cope with the collapse of his world. Role reversal sets in as Nona becomes more resourceful and resilient while Vin sinks into despair.

Alongside tin mines, the other reason for the British presence in Malaya was the lucrative profits produced by rubber plantations. Vin’s colonial equivalent in this field was Boris Hembry and he tells his story in “Malayan spymaster”.

It’s a fascinating and revealing insight into the practicalities of running a colony and making lots of money for investors who rake in the dividends back in London.

Hembry, experiencing the humiliating defeat by the Japanese in 1942, volunteers to join a few others working behind enemy lines.

It was foolhardy stuff by wannabe adventurers, doubly so for Hembry who was married with a child. Events are recorded with sobriety and, after narrowly escaping with his life, he inexplicably seeks out another mission which will return him to Japanese occupied Malaya.

Hembry comes across as brave, stubborn and morally upright, deploring looting by British officers, and one can respect his politics despite an obvious blindness to the ethics of empire.

Like Vin, it never occurs to him to  question the right of Britain to occupy another country and run it as a private business enterprise.

Most young colonial men who left Britain for jobs in Malaya’s rubber plantations had few if any political convictions, as “A company of planters” makes clear. John Dodd’s memoir, through letters written to his best friend and to his father, is just as much a social document as the other two books. Dodd’s main outside of work is brothels and bars –  Hembry’s sex life is muted by compasison and he is honest enough to record this barren aspect of colonialism.

“Pai Naa”, “Malayan spymaster” and “A company of planters’ are published by Monsoon Books.