The River Thames is empty. Tour boats lie moored in the centre of the estuary. The only moving vessels are police launches patrolling for transgressors against lockdown, and the drug smugglers. 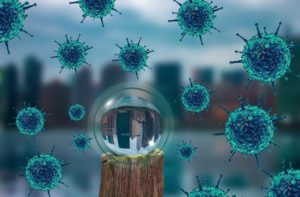 In our “splendid isolation” (a term coined to describe Britain’s diplomatic policy of avoiding entangling international commitments), our souls too are empty, formless, longing to be held.

Donald Winnicott’s psychological theory of “containment” is based on the idea that a child’s early emotional development depends on a secure emotional family context. Feeling “held” in the unconditional love of parents provides the foundation for a balanced life of self-acceptance.

Naturally, it often doesn’t work out, hence the many psychological disturbances we experience. So, what we often unconsciously do, as adults, is to construct a safe “containment field” for ourselves. 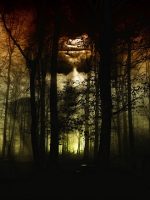 One person I know, who suffers from poor mental health, says she had finally succeeded in building such a safe space for herself: social club, gym, church.

But now Covid has taken it all away, closing down the places she depended on to provide structure for her days. How will she, and we, find ways of feeling “held” during this crisis?

Fears abound; some afraid to go out of the house, even for the government-permitted period of exercise, in case they catch the virus.

Patients scared to enter hospitals, even for other causes, fearing the contagion. Staff afraid of the ITC ward, because they lack basic Personal Protective Equipment.

Our ‘lizard-brain’ Amygdala, which evolved to protect us from danger in the Savannah, was considered a handicap in supposedly ‘safe’ societies.

Now its panicky over-reactions appear like reasonable responses to our present predicament. Those with OCD, previously washing their hands four times an hour, now do so ten times. 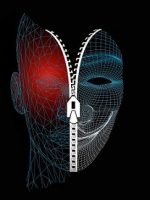 These fears which earlier seemed irrational, are now regarded as wholly understandable; while the rest of the world catches up with the paranoia of the mentally ill.

As R. D. Laing once wrote, madness is a rational response to an irrational situation. How will we adapt, as the pandemic stretches into the longterm future?

Some newspapers encourage us that a vaccine may be discovered by the autumn. More realistic voices estimate it could be between a year and eighteen months.

In a rare moment of candour, the Prime Minister admitted a cure may never be found. And without a vaccine, we will need to embed our temporary measures as permanent behavioural changes.

But as we cope somewhat with the psychological fall-out, through inner resolve or CBT, we are storing-up problems for the aftermath. 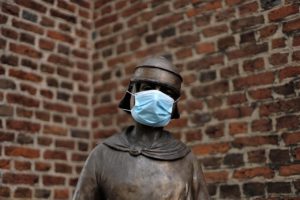 Some look to religion, or spirituality, to guarantee that someone, something, a final field, may hold them.

But even here, without the weekly gatherings, forbidden by fiat, the sociological form for theological faith, what Peter Berger termed religion’s “plausibility structure”, is absent.

How will we be “held” in this strange new world?