Camouflaged as democratic, we are living in times of false liberty, where each person feels free to dress and be… different, but nowadays ‘different’ is just an adjective: everyone is the same, and if they didn’t conform they would be different… 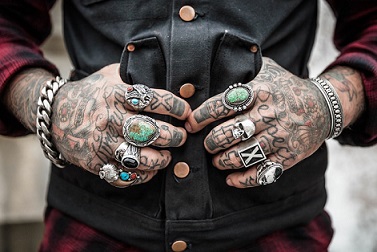 In an era marked by the immeasurable cult of the body there is no flattery more sought after and valued than ‘you’re looking slimmer’ and no terror more unfounded than at the words ‘keep eating that way and you’ll regret it!’.

Such comments are but small manifestations of the generalised fixation on the appearance- held above the necessary search for principles and moral values- resulting largely from the expansion of an ideology influences by the logic of the market.

This process has worsened in the last decades of the twentieth century in its imposition of certain lifestyles and interests, individualism, consumerism, loss of identity and dependency.

Fashion- described by the Spanish Real Academy as use, manner or custom that is in vogue during a certain period, or in a certain country, especially relating to dress, fabrics and adornments, primarily which have recently been introduced- suffered the impact of this tendency. 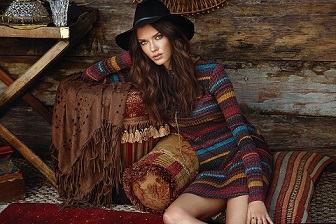 Since Charles Frederick Worth (1825-1895) signed his creations like works of art and became a celebrity for it, the idea of fashion as art continued, but from then on was also still a business.

The profits made by designers, textile impresarios, marketing and other agents linked to the fashion industry have reached unbelievable levels in the present day.

The management of such powerful weapons as information, publicity and entertainment facilitated the money-spinners at the top to turn certain rites and customs into necessities, and, brainwashed by the mass media, consumers believe they need a certain outfit to go with this lifestyle.

The necessity to consume and to follow the path marked out by relentless advertising which moves thousands of millions of dollars per year by virtue of this merchandise, is stronger than the respect for tradition, and often the message of the advertising contradicts the culture and tradition of the very communities that have become consumers.

It is as if humans had lost perspective in the face of the machinations of the industry, obliged to keep moving in order to achieve the only aim of money; to grow and multiply, with no consideration for the damage to humans and nature. 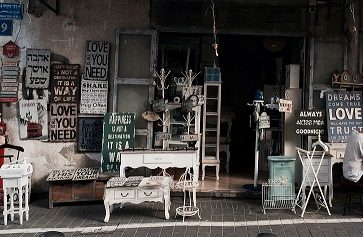 Trendex-Mexico, and company which analysis the clothing and shoe market, concluded that the big brands have suffered a little, but were overall the least affected companies by the economic crisis in 2009.

One year before, the company Armani took a consolidated gross income to the value of 2,379.69 million dollars, created 50 new shops and in doing so reached a record of 539.

This represented a rise of 1.5 percent in relation to 2007, while many haute couture houses had to postpone the opening of new establishments, cancel events and reduce the number of invitations to catwalk shows.

Although it did not receive the best of luck in the aftermath of the crisis sustained up to now, the Parisian fashion house Chanel, created in 1910, was able to cope with the blow thanks to its accumulated wealth.

The company, classified as the industry leader in perfumes in the last decade of the twentieth century and the considerable investments in publicity increased their takings to the point where they had created a fortune worth more than 5000 million dollars. 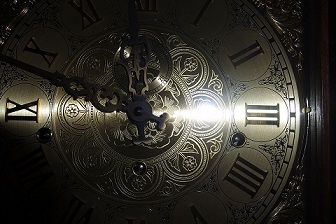 Global emporiums on a similar scale; Armani, Gucci, Versace, can count on the economic strength to resist dips in the market and worse, when the state economy affects the middle and working classes.

The principle clients of companies like these are people with ample financial resources; millionaires and multimillionaires, who can carry on allowing themselves the luxury of spending almost unimaginable amounts of money even in the worst of global economic instability.

In particular, the earnings of the industry are huge in the month of December, when many people buy dresses, trousers, blouses, shows and whatever else makes them feel happier about their appearance.

Moreover, it is almost impossible for the average person not to be amazed and disgusted at the price of a material object like a bag from Louis Vuitton, Prada, Gucci or Chanel, the equivalent of which could easily feed a family for three months at least.

The freedom to choose

To buy, use and discard seems to be the norm by virtue of this contemporary attitude. 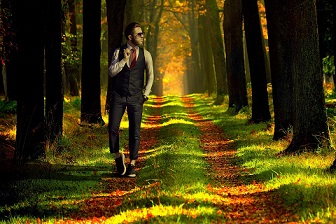 The variety of choice is limited and this leads to a risk that the freedom to choose the order of our society, where progressively the prejudices related to the body are gaining territory in a way of life so heavily influenced  by the necessity to buy.

Movements like ‘metrosexuality’, a concept created by cosmetics companies anxious to widen their potential consumer base, are reducing day by day the differences between men and women.

As such, hipster jeans, intentionally ripped clothes, oversized chains round necks and hanging off clothing make it difficult to distinguish between intellectual, cultural and economic boundaries as we used to.

Tattoos, which a decade ago were looked down upon by most people a decade ago are also typical adornments on the skin of delinquents and model citizens alike, and millions of people proudly show off an inked design a, regardless of origin. 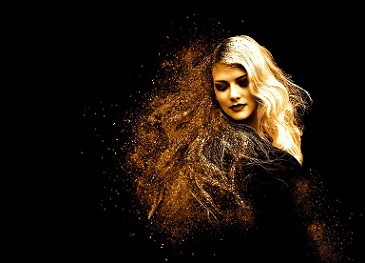 In this century, a doctor of science is as likely to walk around imprisoned in skinny jeans as a rocker or even a politician, whilst glitter and sequins which used to be restricted to the stage now reign unashamedly everywhere we look in plain light of day.

This is fashion which, camouflaged as democratic, sends many people, male and female, mad in the face of the impossibility of obtaining what they really desire. At the same time, millions of people die for want of nutrition and health care. (PL)