This is what Netfa Freeman thinks. The mass protests in the United States, rather than protests, constitute grassroots rebellions against neoliberal capitalism and white supremacy. 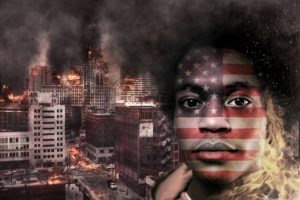 So thinks Netfa Freeman, an analyst at the Institute for Policy Studies (IPS) based in Washington DC, who also referred to the differences that current protests against racism and police brutality have with those that occurred at other times in North American history.

According to Freeman (via email dialogues with Prensa Latina), while the US media and the ruling class do not want connections to be established, we should not be lose sight of the fact that the spontaneous reaction to the murders of African-American Breonna Taylor, George Floyd and Tony McDade at the hands of the police are combined with frustrations over the country’s inept response to the Covid-19 pandemic.

Police repression and the criminal abandonment of people’s human right to medical care represent structural violence against thousands of people, the elderly and workers, who die unnecessarily every day due to capitalist negligence, he said. 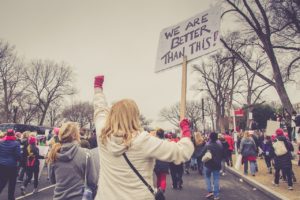 The analyst recalled that the closest thing in the country’s recent history to the protests that are taking place now were those that erupted in 1992 in response to the verdicts in the case of the brutal beating of the black man Rodney King by the police from the city of Los Angeles, California.

However, he remembered, these rebellions were limited to the aforementioned city, while today they are taking place throughout the country and international expressions of solidarity are happening throughout the world.

He added that the current movements, which gained strength after the murder of Floyd on 25th May in Minneapolis, Minnesota, are also more intense and have received more international support than those that occurred in 2014 after the murder of teenager Michael Brown in Ferguson, Missouri.

Despite seeing significant differences between the present protests and those of other times, the analyst pointed out that there is a similarity in the methods that the capitalist ruling class is using to calm people.

Through the media and false public empathy, they try to evade compliance with any substantial demands. The politicians’ mandate is to redirect people’s energy away from the radical transformation that is needed in the United States. 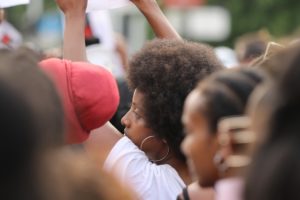 eman pointed out that since everything that happens now in the northern nation arises from spontaneity, and is not a consolidated movement of leftist consciousness, the ruling class can succeed in trying to calm the situation.

From his point of view, beyond the magnitude of the protests that are taking place, the protests alone are not enough: “Those most oppressed by the racial capitalism that is inherent in the United States must move from mass and temporary movements to permanent mass organisation ”.

“This is the only way,” he added, “to take advantage of the few resources we have, and also to consolidate coherent unified demands that transfer the power of the ruling class into the hands of non-whites of the working class.”

Freeman also considered it necessary for unions to forge a united front separate from historical formations such as the AFL-CIO, and that genuine internationalism be adopted.

“As we say in the Black Alliance for Peace (an organisation that describes itself as anti-war and anti-imperialist), there can be no honest moral or political discussion about the elimination of the repressive apparatus – the police – without demanding that the funds to the United States global police, the Pentagon, be cut off,” he said. 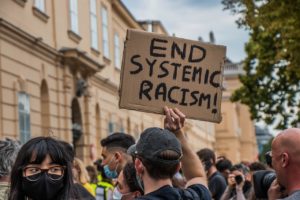 It cannot be said that American citizens deserve to be safe and, at the same time, turn a blind eye to the military and interventionist terror of the United States in other countries.

“That would be hypocritical and a missed opportunity to expose imperialism’s interdependence with capitalism”, he said.

Faced with protests in favour of racial justice, US President, Republican Donald Trump, has held a stance widely criticised for his divisive tone, his threats to deploy the military on the streets to control protesters, and the way in which he is ignoring most of the demands.

When asked how Americans perceive Trump’s response and how the issue could influence the upcoming November elections, when the president will seek to be re-elected, Freeman replied that he must be careful not to speak for all Americans, because the population is very divided and complex from a political point of view. 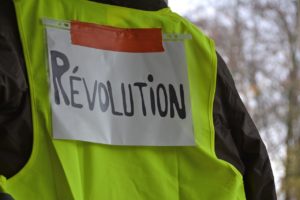 However, he noted that Trump’s approval ratings are falling and that his egomaniacal way of handling both the pandemic and the protests has shown him to be incompetent.

He judged that this will have an effect on the results of the elections, “but we must remember that no matter who the president of the United States is, whether he is from the Republican or Democratic Party, his mandate will be that of white supremacist capitalism and imperialism”.

In this respect, he warned that the virtual Democratic candidate for the elections, former Vice President Joe Biden, was one of the main architects of the controversial Violent Crime Control Act of 1994, which contributed to mass incarceration through police repression.

Furthermore, the analyst argued that Biden has made a huge mistake in trying to use the black cause in the United States to increase his electoral support, and all of that, he added, makes it very difficult to predict who will win the United States presidency. (PL)