Luis Rabago’s short film is an audacious experiment in direct cinema. A young woman recently free of familial restrictions meets an older man in a bar, who is looking for company. Is he wise and kind or just a manipulator, and what does their meeting reveal about patriarchal dynamics? 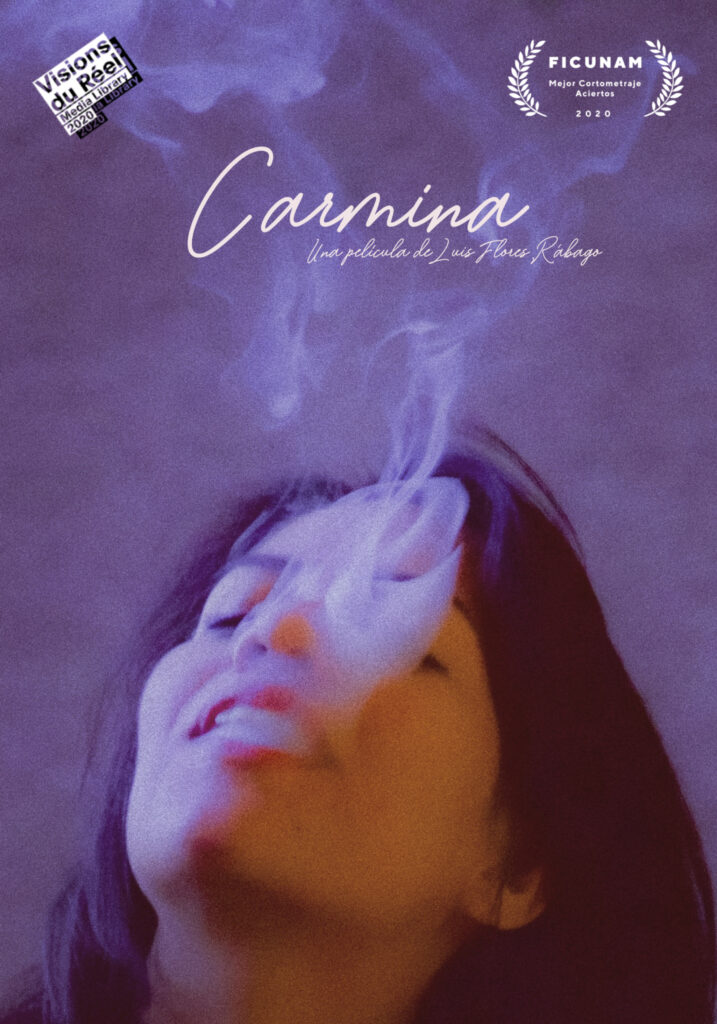 I was fascinated by the synopsis of this film in the Visions du Réel film festival which is normally held at Nyon in Switzerland, which went online due to the Coronavirus pandemic. An experiment in direct cinema but also a research study of the dynamics of patriarchy.

The director felt ambivalent in referring to patriarchy, but this too-short synopsis created a pull of ambiguity which drew me towards watching the film, and made me constantly pivot between belief and disbelief, between openness and judgement.

It records a chance attraction in a bar – looks that met in a mirror – and follows the conversation of the young Carmina and the older Antonio, both playing/being themselves, responding to each other and their situation.

At times he seems to be playing the therapist, the father-figure claiming to explain Carmina to herself, at times genuinely opening himself, at others the typical lounge lizard constantly assessing his chances of persuading her into bed.

As the director Luis Flores Rabago explained in his conversation with The Prisma, he aims to live his life more intensely through making films, while also holding the role that originally drew him to cinema: the spectator. And his film is a record of a post-modern encounter – something profound yet ephemeral.

Can you describe what kind of research you were doing in making this film –and is it intended as a resource for others to use, for example in social psychology, media studies or even in therapy?

This short film is my first documentary, and it originated partly from a period of personal searching, and partly as a formal experiment. 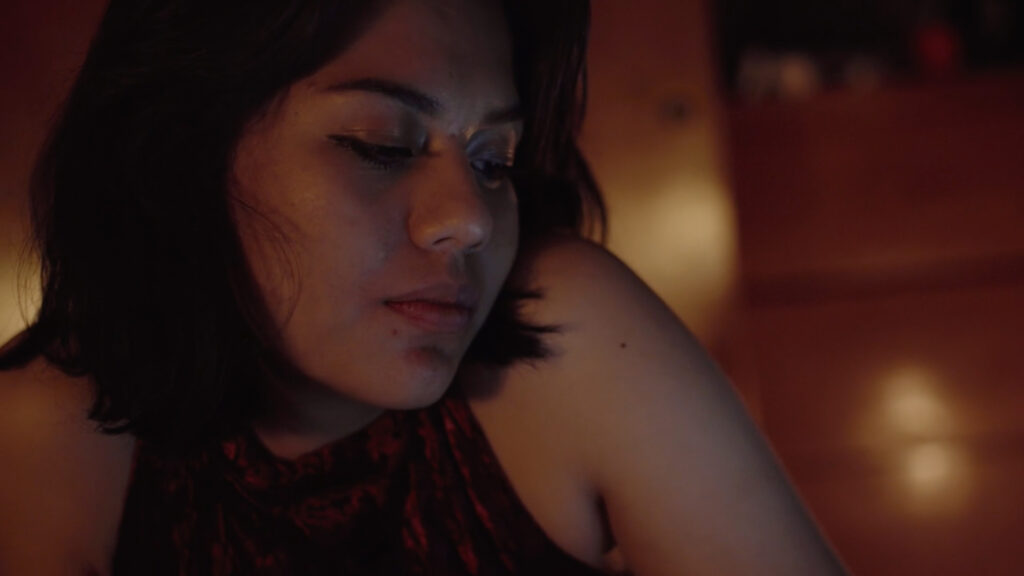 made it at the end of 2018. At that time, I found myself in the middle of a personal crisis, involving various disputes with my family, many doubts about by ability as a film-maker following a number of failures, and as well as that a romantic disappointment. I was keeping apart from everyone and everything. I didn’t feel that what I was doing was taking me in the direction I wanted to go.

Little by little, I began to feel better about film-making, by taking on the role which had always made me love it: that of a spectator. Two documentaries grabbed my attention: “Anna Pavlova lives in Berlin”, by Theo Solnik, and “Don’t look back”, by D.A. Pennebaker. These were my first influences. They made me see that all that was necessary was a camera, a character and a lot of determination to make a good film. I really liked the kind of formal approach of these films, and I wanted to try it in my next film.

For the character I wanted someone young and unconventional, who wasn’t ready to accept living the same kind of life as their parents, and faced their situation throwing their luck in the air with passion and courage.

It was then, that still being a more introverted character, I began looking in bars and parties for someone who gave me the sense of this sort of person. After wandering around the city I met Carmina. 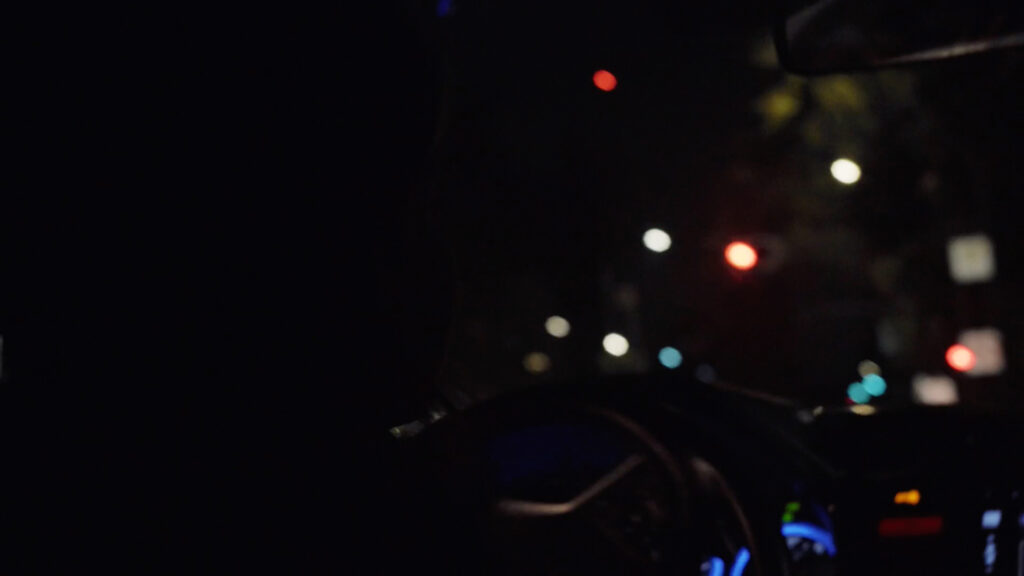 She had left her parents’ home a few weeks previously and was living in a house that was a permanent party. A strong friendship quickly developed between us, and I understood that I had found the person I was looking for.

The film was to a large extent a consequence of my loneliness, as well as a desire to explore cinematographic equipment that I hadn’t had much practice with. I feel that the documentary turned into a pretext to take control of my life and move myself to places where I knew I would find answers or new questions about topics that interested me, and that is still the case. I needed someone like Carmina in my life and luckily it turned out well.

I watched it twice because I found it both fascinating and disturbing after the first few minutes, asking myself: “Is this guy a creepy manipulator or is he honestly communicating with Carmina?” Was it your intention to play with that ambiguity? If so, you did a fantastic job!

We met Antonio the same day that we made the film, and I had a similar concern.

The only thing I could do in in the editing was to reduce the time that he was onscreen according to what I considered relevant, while trying to be as true as possible to how I remembered this night, so that the spectator could share the experience to some degree too. It’s important to recall that Carmina said it occurred to her that he was going to kill her. And that shouldn’t surprise anyone in the Mexican context where there are a large number of femicides, and cases of film-studies students being murdered for pointing a camera [at someone]. For this reason, I never lowered my guard with him.

It seems he put the recording on of the woman talking about revenge and forgiveness deliberately. How did this relate to their previous conversation in a bar, which is only mentioned once? This was what made me feel that the film had been constructed with a didactic aim in mind, so I stopped suspending disbelief. 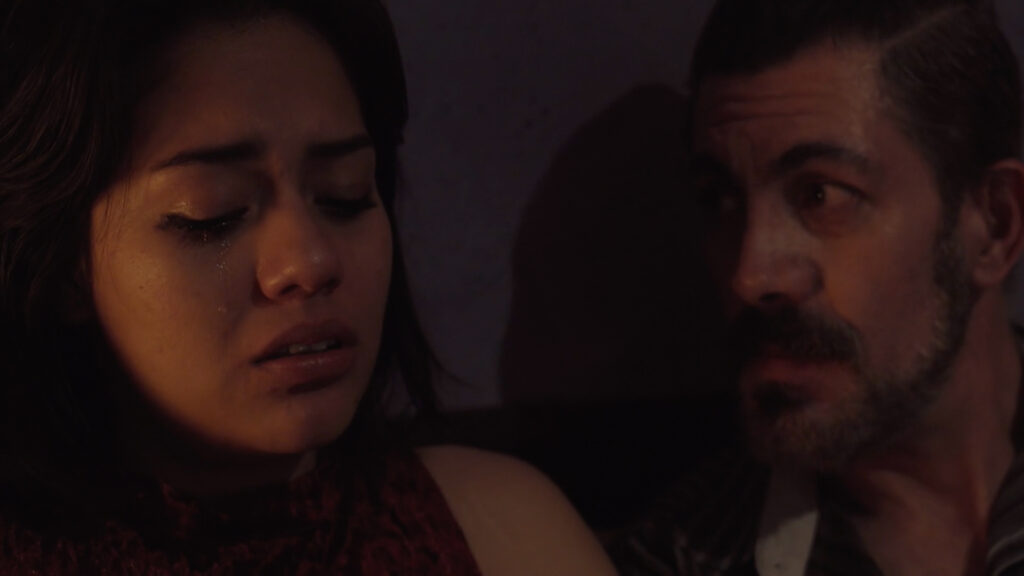 I can’t say whether he put the recording on intentionally or not, all I know is what you see in the film.

In his house he unlocked his i-Pad to put on some music, but instead this recording started to play.

Then he suggested to us to let the young person speak, and he put the recording back to the beginning. I believe that either Carmina could have said something that made him play it, or else that he genuinely wanted her to hear it; all speculations about this are equally valid. It’s in moments like these that it is up to the spectator to decide what the film means for them.

About the bar, they talk about the place they met. It was through a mirror that their looks met for the first time and their attraction began. The bar wouldn’t let me record there, so the first scene is in the car, just after they met.

I never thought in terms of making a didactic film, although the order of events is respected, and I tried to intervene as little as possible, I was always very clear that my priority was the emotions. I wanted young people to be able to identify with Carmina, and that people who judged what she did could put themselves in her shoes.

The synopsis tells us that the film goes to the roots of patriarchy – so I tended to find the man’s lecturing style – “let me give you another piece of advice”, “I’m killing you with truth”, “I’ve been taking care of you”, etc. – quite revolting – yet he is older and why should he not share his life experiences, which he seems to do genuinely.

The film draws a portrait of a patriarchal dynamic in real life. 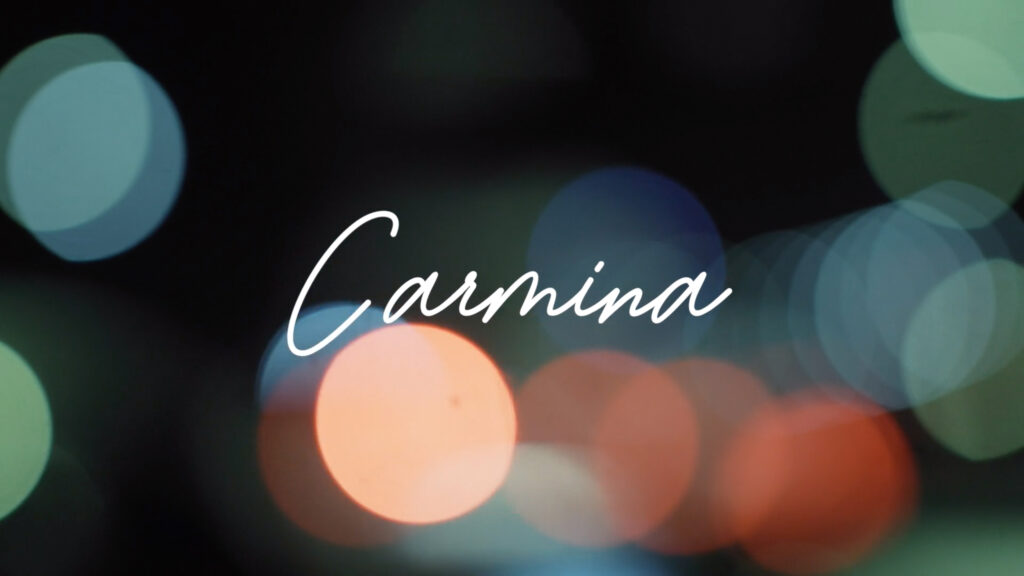 I don’t think synopses are very important because the work has to speak for itself, and when I was writing I wasn’t very sure about adding it, because I think a synopsis may influence the way the spectator interprets the film. Nevertheless, it was the reaction of female audience members that made me decide to include it. It was necessary to mention it so that anyone with similar experiences or an interest in the topic could find it [in google searches] or decide to watch it.

When Carmina does talk about her abusive childhood, he cuts her off and says: “Let’s talk about today”, so he then avoids moving into a therapist role – ethically speaking, correctly, I guess.

I don’t claim to say who is behaving ethically or not, this is the job of the spectator. Your reading is valid and acceptable, but, for example, other people thought this action showed that he was tired of listening to her problems, and wanted, in a pleasant way, to change the subject so that he could continue persuading her to sleep with him. Again, both readings are valid, and what I want with the film is that people share these opinions and that it generates a dialogue between its spectators: that they discuss the subject. I want to make cinema that has a cause.

What do you hope your film will achieve, how would you like it to be used?

Like any independent film-maker, I hope it will succeed in being seen by the largest possible number of people, and in that way will find a use. 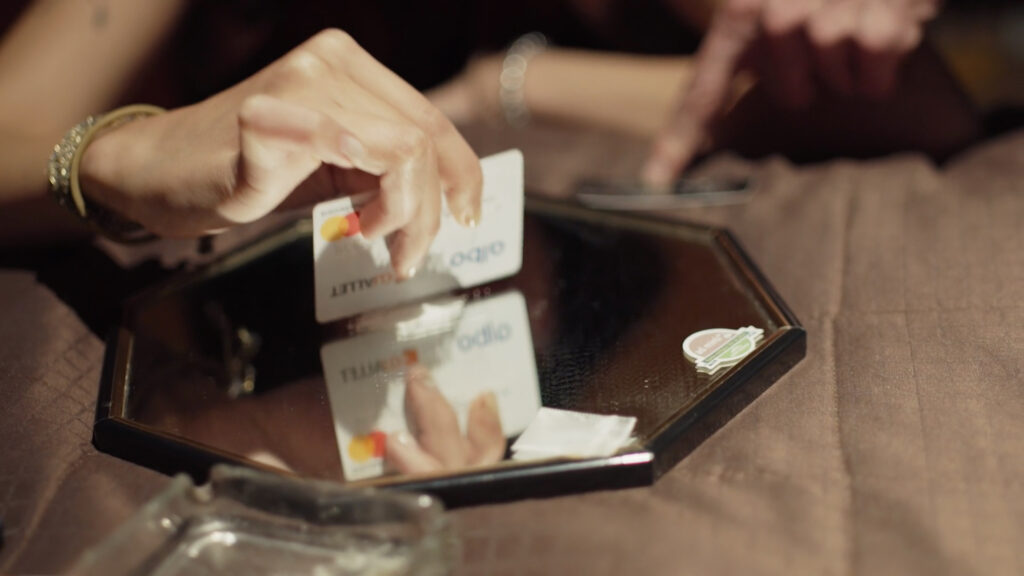 The most obvious outcome is that it would be used by feminist movements, but that is not up to me. In the end, it is a man who directed the film.

But if at some point some movement wants to use it, I will be happy to help. Meanwhile I will try to give it visibility through festivals.

I have heard it said that real therapy is just life lived more intensely when people communicate honestly. Is your film a reflection on the loss of intimacy in modern society?

I agree with the first proposition, but not so much with the second. One of our female teachers at the school once said to us: “You have to live at the same pace as what you are filming, so that the film is filled with those living experiences”. That affected me. To live through film-making is what I want. That cinema continues being the medium that helps me to live more intensely and to know the world around me by direct experience.

I don’t know if intimacy is something that is being lost: its dynamics are changing. I would say that the film is the record of the intimacy that happened between two people who had only just met. An intimacy that is both contemporary and commonplace, that was profound, although at the same time ephemeral.

(Photos provided by the interviewee and authorized for publication)