Seventy-five years have passed since the nuclear catastrophe. And now is the time to revisit history and its tragedy: between 6th and 9th August 1945, the United States launched its most devastating device on two Japanese islands, Hiroshima and Nagasaki. The debacle left more than 135,000 dead, 40,000 injured and another 20,000 suffering the effects of radiation.

From the beginning of the Second World War in 1939 to its end in 1945, an estimated 50 million to 85 million people lost their lives.

After six years of combat, and in the face of inevitable defeat, Germany signed its surrender on 7th May 1945. However, the armed conflict did not end there. One of the bloodiest episodes in recent history was still to come.

To end the war, Harry Truman, the president of the United States, gave the order to drop atomic bombs on Japan. Having described the atomic bomb as ‚Äúthe most terrible bomb in the history of the world‚ÄĚ, it was clear that the US president was perfectly aware of the devastating consequences of his action.

And even so, Harry Truman decided to use this device to strike down two Japanese islands, Hiroshima and Nagasaki. The result ensured the allies the final victory, and for the United States in particular, established it as the dominant nation in nuclear armament.

This action has gone down in history as one of the biggest atrocities in an armed conflict. And the figures are testimony to this. 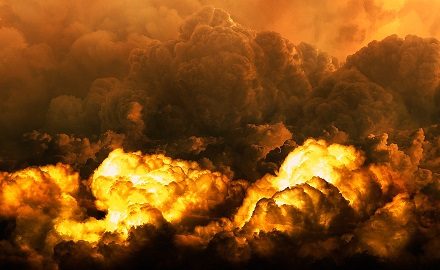 More than 100,000 people died on Hiroshima, and another 20,000 suffered the effects of radiation, leaving them in life-long intense agony.

Before the Second World War, Japan had expanded at a ferocious pace throughout Asia, becoming the continent‚Äôs most powerful nation.

Ultimately, it established its supremacy in the east through an alliance with Germany and Italy, with the signing of the Tripartite Pact on 27th September 1940.

Aiming to form a coalition of Asian nations free from European influence, in July 1941 Japan sent its army to the south of Indochina, a French-controlled territory.

This was the catalyst for European countries, such as the United Kingdom and the Netherlands, together with the United States, to implement a series of measures to block Japan‚Äôs economic development.

Among others, these included a series of trade embargoes, and a 90 percent reduction in oil supplies, damaging Japanese interests. 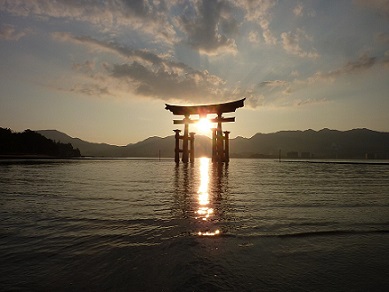 Against this backdrop, on 7th December 1941, the Japanese army launched an attack on a United States naval base at Pearl Harbour.

The manoeuvre was intended to prevent the United States Pacific Fleet from intervening in Asia. Inevitably, the United States used this as an incentive to actively enter the armed conflict, declaring war on Japan.

Over the next four years, the United States waged a fierce battle against the Japanese in Asia. After Germany‚Äôs surrender in 1945, Japan found no support among the big powers; and so, the leaders of the United States decided to bring in their secret weapon, ‚ÄúThe Manhattan Project‚ÄĚ.

This Project, developed in collaboration with the United Kingdom and Canada, aimed to develop the world‚Äôs first atomic bomb.

Thousands of hours and billions of dollars were invested to this end. The objective was clear: to a create a weapon of mass destruction that would wreak havoc, and which would serve as a warning of North America‚Äôs unparalleled potential.

After carrying out a test on 16th July 1945 in New Mexico, and verifying the devastating capacity of the atomic bomb, the United States decided to deliver a lethal blow to end the war.

Then, devastated by the bombing and atomic contamination, Japan surrendered on 15th August 1945.