There is a photograph of a woman reading a letter in a bombed and battle-strewn city which illustrates the central message of Ariella Aïsha Azoulay’s “Potential history: unlearning imperialism” It was taken by a German photojournalist in Berlin in the days following the Nazi surrender and the end of World War II in Europe. 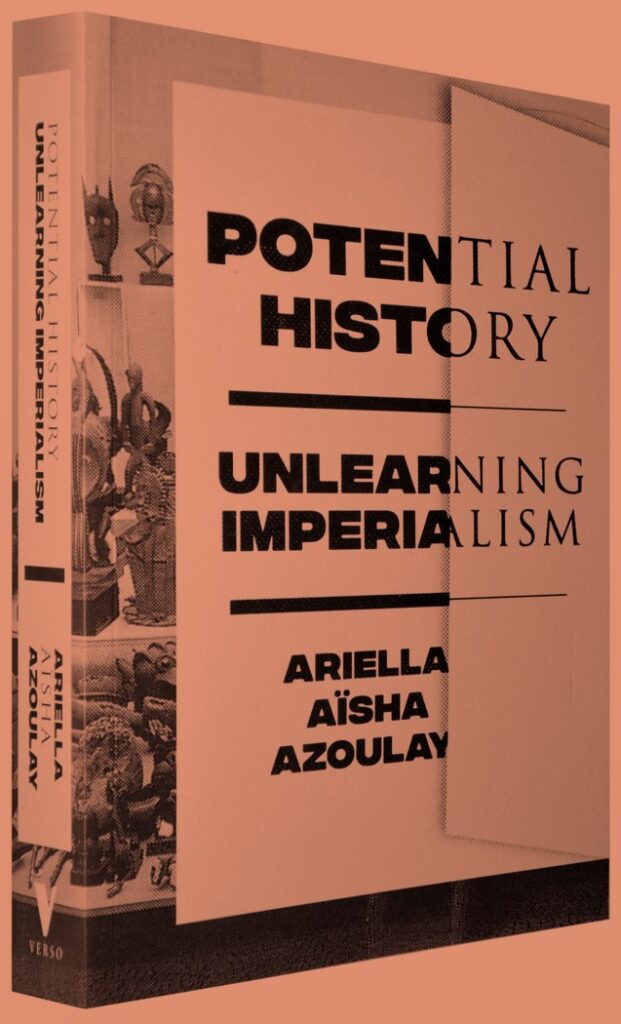 In her book, Aïsha Azoulay looks at photographs of Berlin in 1945 as an example of the use of images. If this only recently published photograph, from Berlin Mai 1945, had been known to her she may well have used it in support of her argument.

The photograph invites speculation about the contents of the letter and who wrote it.

There is poignancy in the picture and it also invites empathy: this unknown Berliner, in the midst of overwhelming social and ideological collapse, has a private moment the significance of which can only be guessed at from the expression on her face.

There are many photographs, as well as documentaries and films, providing testimony of Berlin after the surrender but the visual evidence avoids any evidence, even references, to the systematic rapes that took place there – 100,000 is likely to be a conservative estimate of the numbers involved – and they would have been happening as this woman read her letter.

“Potential History” is a political call to arms that argues the need for critical examination of archive material that on the surface shows what a historical situation looked like but which hides important facts. There is a need, she says, to ‘decode them outside of the imperial epistemologies’.

Another one of her case studies is the use of photographs relating to the expulsion of hundreds of thousands of Palestinians from their homeland in 1948-9.

Sovereignty, as she says, ‘is associated with territorial closure’ and in the eight years following the creation of Israel between 2,700 and 5,000 Palestinians, mostly unarmed and returning for economic or personal reasons, were killed.

The camera’s shutter, which closes off light to capture an image, becomes a metaphor for the control and use of images.

Resistance to this is a process of ‘unlearning imperialism’,  raising the ‘imperial shutters’  and exposing ideological perspectives

For this reason, Aïsha Azoulay rejects the positioning of art works purely in terms of aesthetics because of the way it divides the past from the present.

Linear timelines like ‘art history’ also act as shutters, occluding questions of who has the right to display objects taken from other countries (like the Benin bronzes, Parthenon marbles and much else in the British Museum).

“Potential history: unlearning imperialism” fills over 600 pages so there is a lot to digest and her writing is provocative and stimulating.

At times the prose repeats itself and verges on the verbose but the urgency of her agenda wins through, making this an important book.