The bare story of Homer’s “Odyssey” – a man returns home from the battlefield of Troy after various adventures, defeats his enemies and is reunited with his loyal wife – cannot explain the enduring appeal of Homer’s tale to readers who don’t believe in heroes and happy endings. 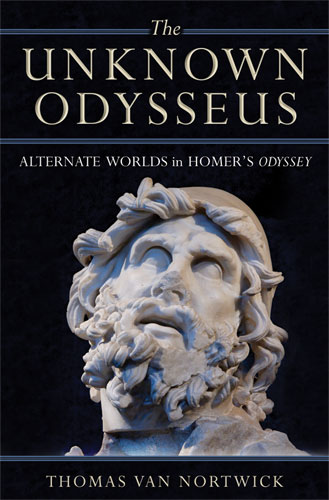 “The unknown Odysseus”, now available in paperback, unpacks the fascination with the telling of the story.

The “Odyssey” is a tale with a geographic scope, depicting physical journeys and a centripetal drive towards restoration of a status quo.

Telemachus voyages to find news of his lost father and Odysseus zigzags homewards from Troy. The theme of homecoming – exile and return – that is woven into the journeys resonates with anxieties of our own.

The way so many Hollywood disaster/adventure movies typically start with family members who are separated but eventually reunite after perilous challenges is testimony to an abiding sense of human fragility.

Dangers of a contingent kind threaten our peace of mind and we seek a safe home with loved ones. When we first see Odysseus he is homesick and crying : ‘he wept sweet life away, in longing’ in Emily Wilson’s superb translation.

But there is also a centrifugal drive in the “Odyssey” that moves outwards from the homeland as the centre of desire and fulfilment. It heads towards the realm of sensory experience, destabilised self-identity, duplicitous and questionable behaviour.

By the end of the book, he has compromised himself and Poseidon will only be appeased if he undertakes another voyage that will take him to the ends of the earth.

Odysseus wants to listen to the singing of Sirens despite it being dangerous and unnecessary; his colleagues have to remind him of the need to leave Circe’s island; he lies and deceives others (including his father) and acts like an imperialist towards Polyphemus the Cyclops

. Just as Odysseus speaks to a twenty-first century world of unresolved issues both personal and political, so do does the greatest historian of the ancient world.

Herodotus wrote the “Histories” in a spirit of inclusiveness.

He sought, in his own words, ‘to preserve the glory of great and marvellous achievements, some displayed by Greeks, some by barbarians, including in particular why they came to war with one another’.

‘Barbarian’ here is not a derogatory term, it refers just to people who cannot speak Greek, and “Herodotus and the question why” forensically and brilliantly explores a broader west-east canvas of conflict that intrigued Herodotus. 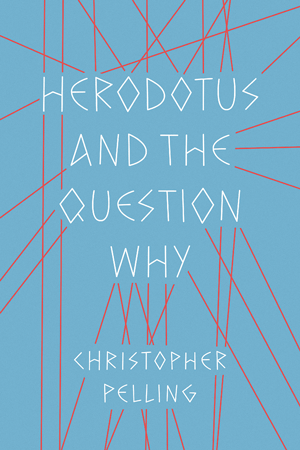 The ancient historian seeks answers to questions of who, when and where; he probes into deeper queries about why people act and make decisions in the way they do.

His curiosity blossoms into a host of cultural, personal and geopolitical factors affecting causality.

Mutability and questions of an existential kind that look at the strange nature of life and experience lie at the heart of Homer and Herodotus.

“The unknown Odysseus: alternate worlds in Homer’s Odyssey”, by Thomas Van Nortwick, is published by The University of Michigan Press.

“Herodotus and the Question Why”, by Christopher Pelling, is published by University of Texas Press.