If it were only necessary to form a party in order to construct a Left alternative, it would have already happened. However, we have spent years insisting on this method with no result.

In Chile there are more than 41 parties (25 legal ones, eight in training and eight pending), and dozens of groups who produce abundant propaganda on social media.

The majority are from the Left. This involves respectable efforts to dilute the technological, scientific and cultural storm of the new era that humanity is experiencing.

So, what? Do we give up? Never! But we must be clear that while aspirations of social change are mixed up by the rules and organic schemes that the system imposes, we will be frustrated.

We must build new ways of organisation in Chile. One in a horizontal-type way that guides millions of men and women, each one a world of ideological and philosophical creations that, nevertheless, coincide in their desires for social justice.

In this search, opinions and propositions that help to put the Left back on track should be encouraged. A very serious one was put forward by Raul Pellegrin Arias, a long-time activist in the PC, who put it as considering it “eroded by its calcification and loss of credibility”. More or less the same reason that has caused several thousand to abandon the Left-wing parties.

Pellegrin Arias said: “In my opinion, it should work in multiple ways: we should be like the sunflowers. They are organisms who are nourished by life, by their roots, by water, by the earth and by the sun: they move constantly to better assimilate their energy and their happiness.”

“Sunflowers are generous, they launch their seeds into the wind to fertilise more life. And the most important thing, sunflowers never lose the North. They know where to turn to in life. Although we might feel alone, although we are beset by despair, although time seems very long to us, we are all an active sunflower. We have a lot to deliver.” 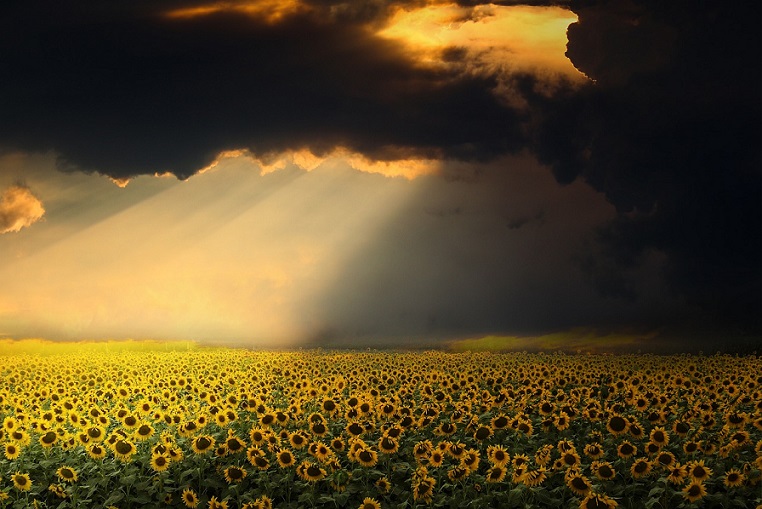 “In this world there are many sunflowers, let’s approach others and form bouquets of sunflowers. When these bouquets develop, they will send them out, forming a torrent that will open up a new life and the necessary thread of unity will be born”.

Pellegrin’s proposal talks of “being like the sunflowers. One, two bouquets, thousands studying human behaviour, raising awareness, sowing the seeds of understanding of social reality, fighting back against exploitation, fighting for recognition as a way of raising awareness”.

Regarding the Organisation, he considers that “it is not the time to go to great lengths for formal unity, which is today made up of shapes infested with old vices of power, hegemony and ambition.”

“Personally” he speaks of “living this life without problems. Saying, “only young people could have this problem” is not an excuse.  It is ignoring the roots and experience of those peoples.”

He also talks about “Breaking with inertia” and “Developing a collective conscience to move our population forward” and “Fighting together, no exclusions”.

For Pellegrin, the reaction, capitalism, is something always psychologically and materially prepared for the wildest and most terrifying repression against the impoverished, to maintain this anti-human system.

For him, the important thing is that there are “many free men, of creative thought, who formed multiple study and action groups, to prepare the next attempt on understanding and doing. Names and titles are not important”.

And he proposes horizontal communication and coordination, without power pyramids.

The “sunflower movement” which was proposed by the architect, Raul Pellegrin, 25 years ago, remains relevant. Let’s hope many others emerge. The important thing is getting out of this inertia that condemns us to permanent punishment. (PL)