On Monday, September 7, the extradition hearing of the founder of Wikileaks, a political prisoner in the United Kingdom resumed. The trial keeps the world in suspense on what is clearly not a fair trial. 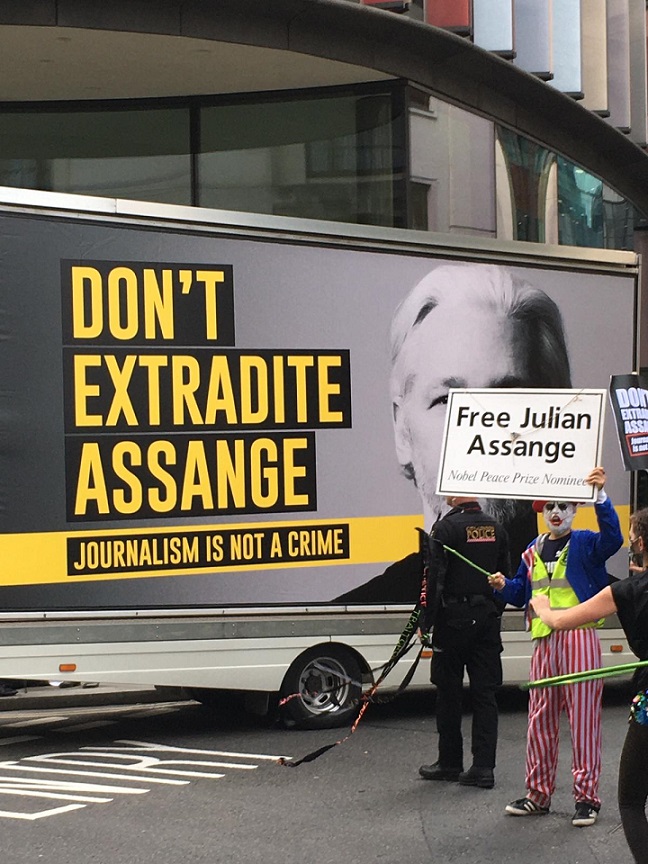 As time is passing by, it is becoming clear that this is one of the most unfair trials taking place in a western country. In fact during the past five months, Julian Assange has not met his lawyers because he was not allowed and it was only last Monday   that they met in person for the first time. But that very same Monday some NGOs, including Amnesty International and Reporters Without Borders were excluded from the hearing.

Moreover, it is important not to forget that Julian is detained at Belmarsh, which is a high-security prison, and the regime is brutal. In the last three months alone, there have been two suicides and one murder. There, he is locked up for 20 hours a day and when he had the opportunity to meet with his lawyers, those hours were deducted from the time he could spend outside of his cell. Furthermore, for weeks he has not been allowed to use the gym.

Furthermore, only three weeks before the trial, the United States presented a totally new indictment, withdrawing the previous extradition request and presenting a new one.

The absurdity stands in the fact that Julian was released and rearrested in his cell and, according to Kristinn Hrafnsson, this shows no respect from the US for the British justice system.

On the first day of the hearing, the defence tried to have the new items dismissed, which were already only included in the extradition request at a very late stage by the US. 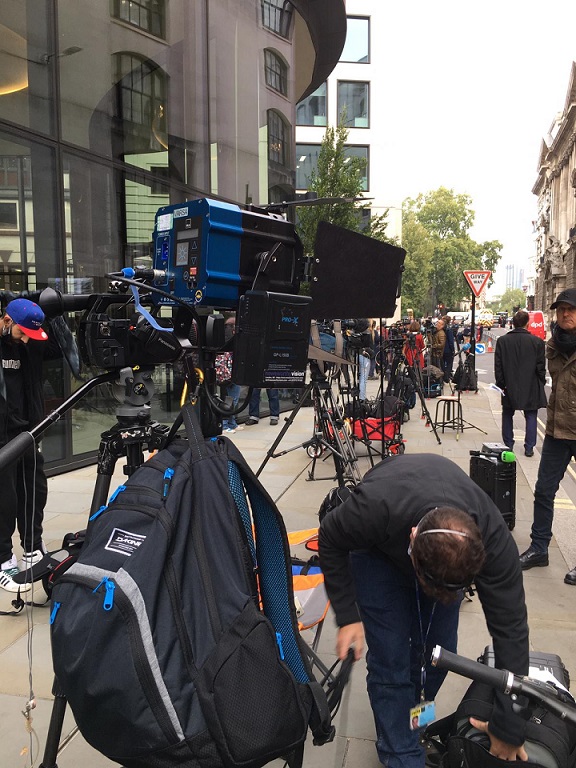 That was denied by the magistrate, as was the request of an adjournment to allow Julian and his lawyers to examine the new documents and prepare their defence.

Professor Mark Feldstein was the first witness for Julian Assange who said that what has been described in the indictment against Julian in his interactions with Chelsea Manning, in so far as being a conspiracy, or a crime is that it is just normal journalistic practice, and described this trial as an attempt to criminalize journalism.

Moreover, as reported by Kristinn Hrafnsson, the US attorney James Lewis, while interrogating Feldstein, asked him whether he has expertise in law. Clearly, he replied he has not, and that he is an expert in journalism. The prosecution however continued questioning him, demanding only short answers, on elements of the law in an attempt to discredit him, without receiving any objection from the judge.

Another situation that drew attention was that on Monday morning, Reporters Without Borders attempted to hand over to the Prime Minister a petition, which gathered 80,000 signatures, calling on the UK authorities not to extradite Julian Assange.

Once they reached the gate of 10 Downing St. the police officer patrolling the entrance refused to take the petition, saying that unfortunately she wasn’t allowed to do so. And, once questioned, she said that the order was coming directly from number 10.

The events of the following days of the hearing are not encouraging, in what is definitely one of the most unfair trials that has been carried out in the United Kingdom.