“Live; live; live”, the latest novel from Jonathan Buckley, plays eloquent witness to a liminal space, the boundary between the limits of rational thinking and the beginnings of occult mystification. 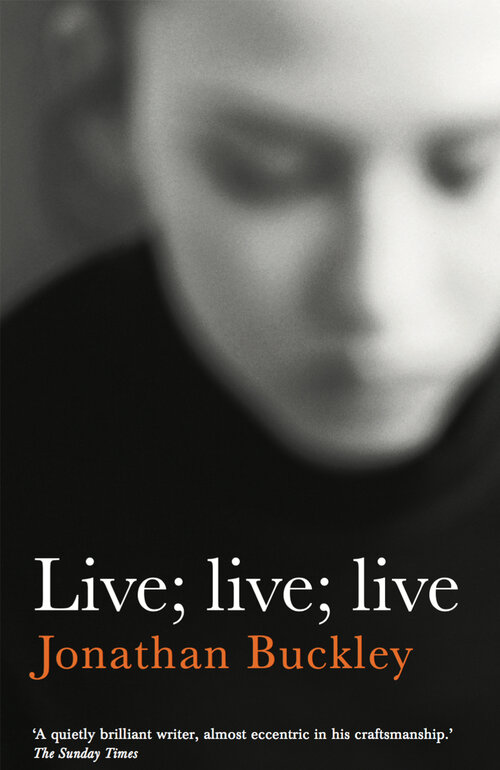 It’s an intriguing borderland, one which does not make complete sense, lying as it does is on a sharp edge overlooking supernatural nonsense.

The narrator is a young man, Joshua, living with his mother. His neighbour, Kathleen, elderly and recently widowed, befriends Lucas, a man much younger than herself but capable of receiving impressions from the souls of other people. This ability extends to the recently deceased, making Lucas a medium.

So far, so kooky. But before dismissing the novel’s premise as spiritualist baloney, the reader is drawn in by the seductive prose to think of Lucas in the way Louise  Glück, the recent recipient of the Nobel Prize for Literature, describes her own writing: “Harnessing the power of the unfinished …. I dislike poems that feel too complete, the seal too tight. I dislike being herded into certainty”.

The reader of the novel, similarly, is enticed to withhold a snap judgement. The possibility that Lucas is someone unusually sensitive to what, when it is put into rational discourse, is plainly daft is something that the reader is encouraged to go along with.

Lucas does not market himself as a medium and Joshua sees him as a ‘latter-day mendicant’ administering mental sustenance for troubled souls.

He offers succour to the bereaved, sometimes compelled to accept donations from the grateful but never exercising his power for commercial gain.

When Kathleen dies, she leaves her house to him and Joshua’s new neighbour becomes a close acquaintance.

Lucas, a little duplicitously, cites the philosopher Wittgenstein and his remark about how, coming to after an operation, felt “my soul was a black ghost in the corner of the room, and it gradually came nearer and took possession of my body.”

Wittgenstein, however, was responding to a talk by a medical biochemist who noted how some anaesthetics allowed higher centres of the mind to return to a patient before the lower ones, hence the experience of being conscious without any physical sensation. The pleasure in reading “Live; live; live”, the willingness to suspend disbelief, is akin to the enjoyment of “The sixth sense”.

In that movie, the boy’s ability to communicate with the dead is accepted for the duration of the movie; a viewer need not believe in the supernatural to find it strangely moving.

Cognitive knowledge bows out to the affective; the boy’s plight and the belated awareness by Bruce Willis that he is dead is felt by the audience.

This kind of engagement in Buckley’s novel diminishes, or gives way to other concerns, as new characters are introduced.

A young woman, Erin, becomes eternally in debt to Lucas after a bereavement of her own and the relationships between them and Joshua predominate in the second half of the book.

It remains a comfortable and comforting read, the equivalent of a warm drink that takes the edge off anxieties in the real world.

“Live; live; live” by Jonathan Buckley is published by Sort Of Books