Rock Around The Blockade, solidarity campaign of the Revolutionary Communist Group, organised a protest outside the US embassy in London on 17 October. On 29 October they will discuss the upcoming US elections. 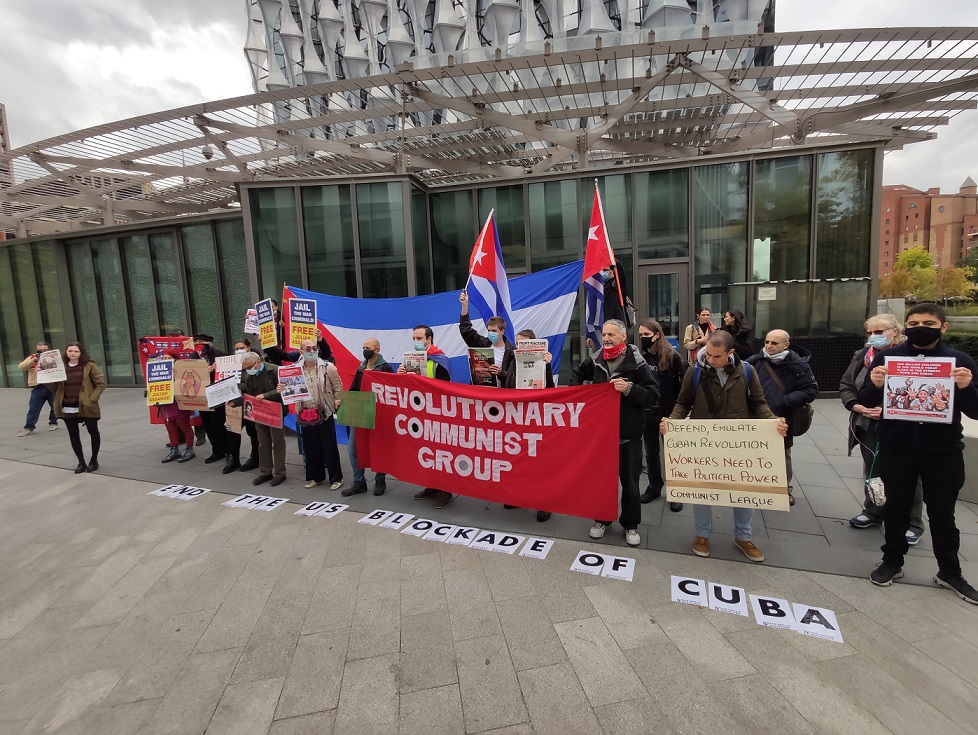 This demonstration was to oppose the illegal US blockade at a time when it is more important than ever to defend the example of socialist Cuba.

For 60 long years, the US has imposed blockade on the Cuban revolution. The US is trying to strangle the Cuban economy, bringing extraordinary hardships on ordinary Cubans.

They are punishing the whole population of Cuba just so they can bring capitalism back into the island. US sanctions create shortages of medicines, and prevent Cuba from purchasing, or receiving donations of medical equipment to treat Covid-19 patients.

Every year, the United Nations General Assembly holds a vote on whether to condemn the illegal US blockade on Cuba – and every year the world stands with Cuba.

For the 28th consecutive year, the vote won overwhelmingly on 2019 – only the US and the far-right governments of Israel and Brazil voted against condemning the blockade. 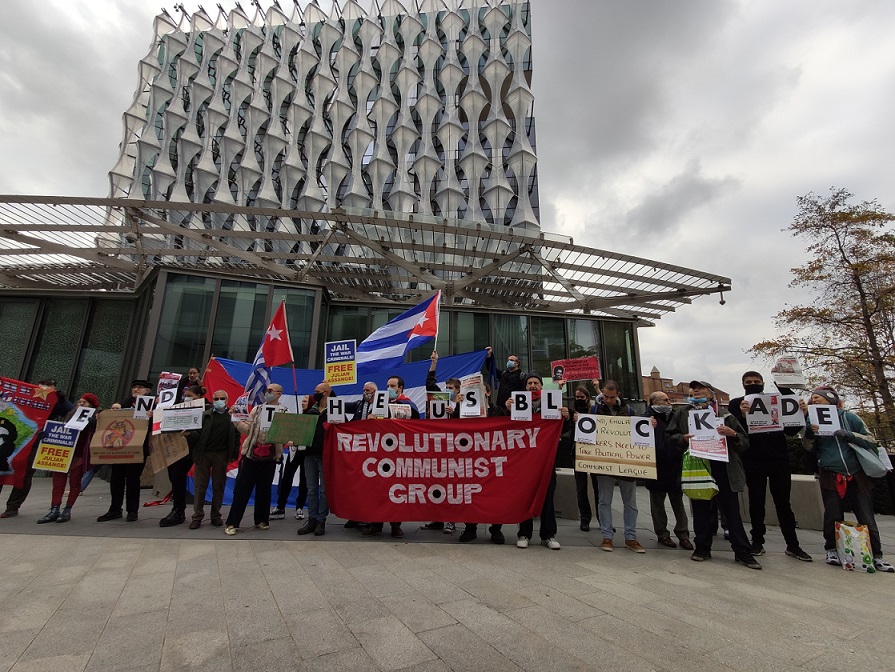 Year by year, the US, in its attempt to isolate Cuba from its many friends and allies, is becoming more politically isolated itself.

The Trump administration has strengthened the blockade while attacking Cuba’s allies in Latin America. Nevertheless, the people of Cuba are resilient and prefer the gains brought by socialism to anything imperialism can offer.

They will not bow down to US imperialism, and so they will continue building socialism in Cuba and help millions of people around the world, based on the principle of internationalism.

Rock Around The Blockade will be hosting an online meeting to discuss the upcoming US elections on 29 October, 7 pm with: Cuban Ambassador to the US, Jose Ramon Cabañas; Cuban Ambassador to Britain, Bárbara Montalvo Álvarez; Gloria La Riva, Presidential candidate for Party for Socialism and Liberation, US; Valia Rodriguez, Cuban medical scientist; Helen Yaffe, University of Glasgow, and a speaker from RATB.

Register to join the meeting at: Tinyurl Cuba Resists