The first thing that strikes even the most casual visitor (to Antigua) who has any awareness, is the huge disparity between the nouveau riches with their ostentatious and garish houses, surrounded by security measures, and the shacks (often colourfully decorated) of the poor, much like beach huts in the United Kingdom. 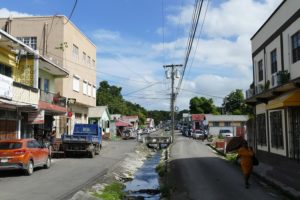 Travelling from the capital, St. John’s, where scarcely a white face is to be seen, to the north-western corner of the island, subtle changes can be observed.

There are no shacks, and, secondly, every car contains a white driver; very different from any other part of the island, except perhaps English Harbour, with its white tourists. Thus there are huge social divisions that can be clearly seen, and which, moreover, unhappily have a racial component. This seems deeply ironic. The planters’ twin aims were to make money, and as much of it as possible, through the planned humiliation of the people of African origin.

I believe that this sense of humiliation is ever present, and runs very deep. The shacks epitomise this; they are no larger than the shacks that the slaves lived in. In this respect at least, the descendants of the slaves have not moved on.

Then there are basic facts about Caribbean society, that differ little between various islands and regions, namely, the very high incidence of mental illness (found after academic study) and the illegitimacy rate (around 72% all over the Caribbean, including Antigua). 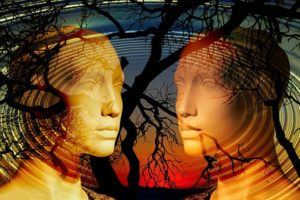 How can such a figure be reconciled with the equally impressive figure of around 83% church attendance? Added to this is the question of parenting style: not just absent fathers, but absent mothers, too, with grandparents (and presumably others) acting as carers.

A principle characteristic of Caribbean slavery was the fragility of the family. There was no legally recognised marriage, which came to be seen as a ‘white man’s ritual’. Mothers could be separated from their children at any time, either by death or being sold off. Attachment theory in psychology has shown that this break in the mother-child bond causes profound trauma for both mother and child, deeply affecting the child’s ongoing brain development. The more the child then has instability and multiple carers, the deeper the trauma.

After a period of intense grief (marked by screaming and crying, looking for the absent mother, which may last for many weeks), the child enters quiet grief, which is misinterpreted as recovery. It is not recovery. Even if the mother now returns, the attachment bond is lost. The child sees the mother not as a deeply loved figure, but a bringer of gifts or other things. The child then grows up incapable of stable familial relationships.

The sooner the father leaves home, the sooner the daughter will start sexual adventures, thus perpetuating the unstable family. 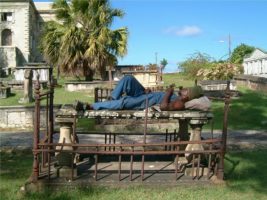 Attachment trauma becomes not just a feature of a changed brain, by is represented by a social structure that perpetuates these traumatic brain changes.

And this is not the only thing that is part of this trauma-inducing lifestyle. It is increasingly evident that ‘status anxiety’ and self-perception as a ‘loser’ are very much a part of this. Which is exactly what the planters also wanted.

By labelling the imprisoned Africans as ‘naturally inferior’, and thereby ‘by nature’ losers, there was quite literally nothing such incarcerated people could do. They were nature’s pre-programmed non-achievers. ‘What the morning of creation wrote/The dawn of reckoning shall read’ . . . But is this true, or an all-too-convenient mythology, spun by the plantocracy, and, paradoxically, believed by most people, even today? Is human potential really so ‘fixed’?

Psychologists and neurologists now know that such ‘loser’ labelling is a self-fulfilling prophecy, of the most pernicious kind.

The smallest of things can promote it, such as a tick on a form, indicating whether a person is Black, female, or old, leading to immediate drops in performance.

Since the attitude that ability tends to be natural is so easily assumed, whole cultures are prone to adopt this attitude, thus reinforcing the view that that potential is limited by inherited, natural, brain makeup. 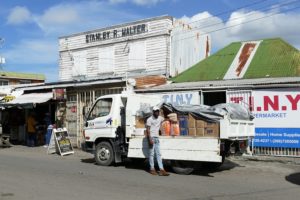 But this is simply not true! Attitude leads to action, and action to attitude, in either a vicious, destructive cycle, or the reverse, as we shall see.

Psychologists know this destructive cycle as a ‘fixed mindset’, and people (and cultures) with such an attitude (and corresponding actions) tend to be insecure, defensive, aggressive, hypersensitive to criticism, and afraid of risks.

Since the brain is constantly changing, and never static (for to be static means to regress), all of this is represented at a neurological level. This is the key to what I am suggesting needs to be done, as regards the recovery of traumatised individuals and cultures.

Finally, as regards trauma, there is one new field of evidence, known as ‘epigenetics’ (‘added onto genetics’).

High stress levels, even where people are trying to climb the greasy pole of realising their potential, releases chemicals (especially methylin) which attaches itself to the genetic structure (present in every cell of the body, and which programme the cells to healthy functioning).

These attached chemical structures affect the expression of the genes, leading to mental illnesses, such as bi-polar disease, schizophrenia, and depression (as well as physical illnesses). 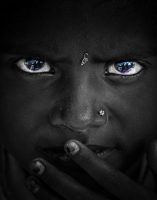 These illnesses are all much higher in Caribbean populations, than in corresponding white populations (say, in the UK).

Through all these things, the plantocracy and those at the top of the social pile with most responsibility, compounded trauma in the Caribbean, with all its destructive and distressing effects⎯socially, biologically, psychologically, and neurologically.

What then of ‘redemption’? This means ‘buying back’. It suggests that it is not health and educational issues alone that need addressing, but ones of justice, and⎯unpopularly (at least with western governments) the matter of reparations.

For any radical (radix, root) changes will need to be far-reaching and applicable to the whole of a society, in this case, Antigua. In turn, this cannot be implemented cheaply, but neither can it be so expensive that it would bankrupt the (say) British economy. Killing the goose that lays the golden egg, makes no sense, for it is counter-productive. The £7.5 trillion calculated by Dr. Robert Beckford and Prof. David Richardson may well be correct, but will never be agreed on by any British government. However, smaller steps, as part of a process of conflict resolution, might well be achievable. This requires political will and vision.

The actual nuts and bolts of redemptive long-term healing would certainly be helped through Dr. Carol Dweck’s Mindworks and Brainology’s programmes. As with so many of the best concepts, Prof. Dweck’s model excellence lies in its simplicity.

All people fall somewhere on a continuum between a ‘fixed’ and ‘growth’ mindset. ‘Fixed mindsets’ are rooted in a sense that people cannot progress beyond what they currently are.

‘Growth mindsets’ see people (and their brains) as full of potential, for the brain is now known to be endlessly changing with every endeavour that it undertakes. ‘All is flux, nothing stands still’. All that is required is resilience and commitment. 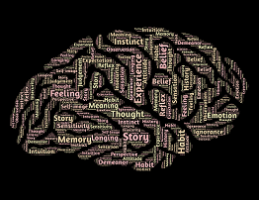 This, quite literally, changes the structure of the brain, and its neuronal connections, as new skillsets are developed.

But it requires self-belief, not as losers (as the plantocracy wanted Africans to believe), but as a people who can create a new future based on success! Genius is not born. It is made. Thus, in the various developments of the Mindset Programmes, Dr. Dweck and her colleagues start with teaching students (even the youngest) how the brain works, and how they can change their own brains for the better.

I therefore recommend that schools in Antigua (and the Caribbean) link Sir Hilary Beckles’ and the CARICOM efforts towards reparations with Dr. Dweck’s Mindset Programme, and see that it is implemented in all the primary schools, and then into secondary schools of Antigua. With UK support.