“Missionaries”, a carefully-plotted tale of politics and war set predominantly in Colombia, has impressed many readers and won plaudits in the United States.

Of the four main characters, two are Colombians: Abel, recruited by paramilitaries after his village is destroyed by guerrillas; and Juan Pablo, a military man whose student daughter is on a project in the north-east, close to the Venezuelan border.

The two Americans are Lisette, a war correspondent burnt out by her time in Afghanistan and Iraq, and Mason, originally a medic but now working as a liaison officer with Special Forces. It is around 2015-16, with peace talks promising an end to Colombia’s violent conflict, and Lisette and Mason are both in Colombia, hoping for redemption of sorts by involving themselves in a country where an alternative to Afghanistan’s and Iraq’s implosion looks to be possible.

The first half of the book includes a series of flashbacks to the characters in their respective warzones. 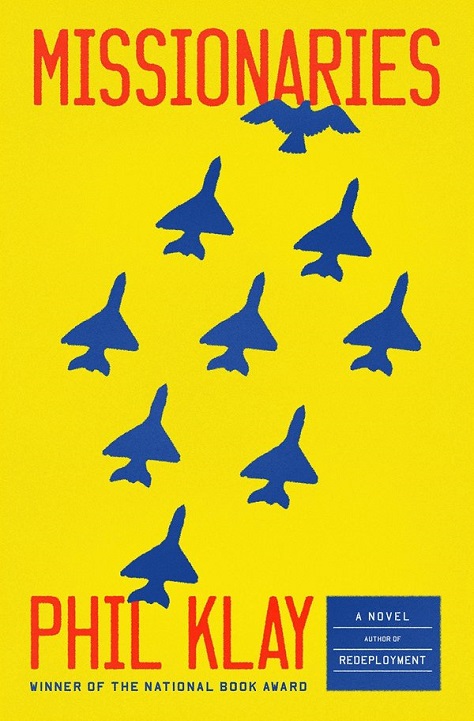 Sentences like this one, describing an US-American soldier in Iraq preparing for a mission, occur: “And the last thing he did, the very last each time, was to fish a small crucifix out from around his neck, where it hung with his dog tags, kiss it, and tuck it back inside’.

Apart from being a battle cliché worthy of a Chuck Norris movie, it is an early indicator of a religiosity that the avowedly Catholic author folds into his novel (including its title) and which becomes cloying.

Juan Pablo attributes his country’s murderous excesses to original sin and the goodness assigned to Mason is inseparable from his religious faith.

“Missionaries” has a lot going for it in that it’s a seriously political novel and never a dull one.

The pace is lively and the alternating locations and time scales settle down in the second half of the book and build into a thriller-like drama around the kidnapping of Lisette.

The novel, though, is premised on the political lie that current US involvement in Colombia reflects a virtuous desire to improve the lives of its citizens.

Its involvement is actually a revamped version of the 1980s “war on drugs’ that itself served a useful cover for US policy in South America when the fig leaf of the ‘war on communism’ withered.

During the Cold War, the US provided financial support for a military coup in Colombia and FARC itself originated as a response to a 1960s US-backed plan to target peasants in Colombia who failed to support the government.

The level of detail relating to Colombian politics is impressive but the author’s research tends to mostly yield what lends authority to a blinkered, self-deceiving view. It denies that US policy is designed to make the country a leftist-free zone safe for capitalism.

Given the consistency and duration of this ongoing policy there is little excuse for conning the reader into seeing Mason as right in thinking ‘his country was a force for the good here. His was a good country. His service to it was a way of being a good man’.

“Missionaries” by Phil Klay is published by Cannongate.