The Amazons, an all-female, barbarian tribe of mythological warriors, fascinated the ancient Greeks. Ubiquitous in art –only representations of Heracles appear more often on vase paintings– they appear battling with Greeks in sculpted scenes on classical temples.

Natalie Haynes, in “Pandora’s jar”, wonders why a male-dominated society found their presence so compelling, one topic in her wider conversation about representations of women in Greek mythology.

Amazons were remembered chiefly as a collective, a team of awesome fighters, and Haynes contrasts them with a hypermasculine hero like Odysseus who survives while all of his crew die (‘not a man to stand alongside, unless you have a death wish’).

A particular Amazon could be individualized, like Hippolyta, but she still fought in solidarity with her sisters.

Fast forward to the present and the daughter of Hippolyta – Diana/Wonder Woman in her latest incarnation in Zack Snyder’s “Justice league” (2021) – has to find comradeship with men.

True to the Amazons’ stellar qualities, however, she easily eclipses dull old superheroes like Superman and Batman.

In Greek myth, Hippolyta inherits from her father the war belt of Ares – the object of Heracles’ ninth labour – which translators tend to render as her girdle. 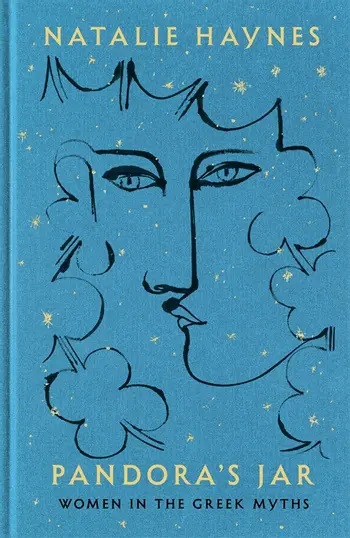 This is the kind of linguistic error that Haynes bridles against, seeing it as typical of the way accuracy in translation is sacrificed ‘in the pursuit of making women less alarming (and less impressive) in English than they were in Greek’.

The Amazons is one of ten chapters in “Pandora’s jar” and it possesses the wit, knowledge and lucidity of expression that makes the res of the book just as enjoyable to read.

The author draws attention to a pottery perfume bottle on display in the British Museum, as evidence of Amazon attire that is startlingly modern, and a terracotta bowl in New York’s Met Museum that depicts the women in fierce battle mode.

On the bowl, they are shown wearing intricately designed leggings, wielding their trademark axes while another one on horseback thrusts her spear at a fallen Greek.

Depictions like these do not support the idea that Amazons surgically removed one breast to aid their fearsome archery.

It comes from a false etymology that thought the negating prefix ‘a’ (as, for example, in ‘asymptomatic’) was attached to the word mastos (‘breast’); the word amazon actually comes from an unknown language.

Haynes finds a lot of mistakes and misconceptions about women in Greek myth that she sets about putting right and many of them bear misogynistic baggage.

She begins with Pandora who, like Eve, has been held responsible for the world’s ill, before considering other women whose identities have been skewered  by male perspectives: Clytemnestra and Medea as villains; Eurydice and Penelope as victims; Medusa as a female monster. Greek mythology was not so analogue; it could represent complexity and ambiguity.

Pandora, like us all, was both beautiful and ugly.

“Pandora’s Jar”, by Natalie Haynes, is published by Picador.