Any super league of British artists would have to invite William Blake to join but from his grave would come a firm rejection. Averse to hierarchies, he was put on trial in 1804 for making seditious remarks about the monarchy.

He was acquitted but the jury might have returned a guilty verdict had they known just how ardently Blake supported the French Revolution; history can be grateful for their misapprehension.

Another misunderstanding of Blake, an ongoing one, is a cause more for mirth than relief.

Stanzas from one of his epic poems have been set to music and, known as the hymn Jerusalem, become England’s unofficial national anthem.

Sung in churches and invoked in the spirit of jingoism, it ignores the poem’s view of Christ as a figure of social justice; the Jerusalem to be built ‘in Englands green & pleasant land’ as a utopian vision of a better society; and echoes of sexual liberation in the imagery of “Arrows of desire” and the end of swords otherwise left to ‘sleep in my hand’. 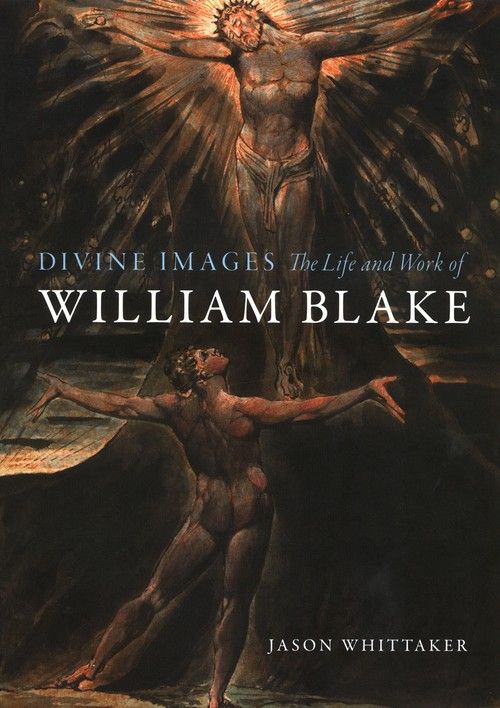 It is odd that a superb new book about Blake, “Divine images”, does not pick up on the poem’s sexual symbolism because the author is alert to the emancipatory figure of Oothoon in “Visions of the daughters of Albion” and the female body as a site for political contestation.

Satan Arousing The Rebel Angels, 1808 is a painting by William BlakThough raped by Bromion who treats her like one of the slaves he owns, Oothoon remains defiant and proclaims solidarity with all womankind forced to ‘drag the chain / Of life, in weary lust!’, turning the ‘wheel of false desire’.

What makes “Divine images” such good value for a hardback is its wealth of colour images testifying to Blake’s artistry as painter and printmaker as well as poet.

The high quality of the book’s reproductions shows how inseparable his poems are from the illustrations he made for them.

Also shown are some of the astonishing images he created for commissions secured to illustrate editions of “Paradise lost” and “The divine comedy”.

Blake remarks in his mind-blowing “Marriage of Heaven and Hell” that Milton wrote so well about Satan in “Paradise lost” because ‘he was a true Poet and of the Devil’s party without knowing it’.

A famous image is Blake’s depiction of Isaac Newton crouching on a rock and using a compass on a diagram (the watercolour is now in the Tate). It inspired Eduardo Paolozzi’s sculpture outside the British Library in Euston Road but he may not have known that Blake used Newton as an exemplar of science’s reductionist rationalism.

Obversely, Blake saw all religions as expressions of the imagination and his paintings of biblical scenes and use of images associated with Christianity spring from this unorthodox conviction.

If, as would seem likely, Jerusalem is sung at the coronation of Charles III, it will be fun to remember the revolutionary and republican soul that wrote the words.

“Divine images: The life and work of William Blake”, by Jason Whittaker, is published by Reaktion Books.