The son of a poor family, 26-year-old Brahian joined two lists of victims of violence during the National Strike that has been going on in Colombia since 28 May: the list of those who have disappeared (now almost 500) and the list of those who have been killed, which is close to 60. He was not marching, shouting or fighting. Like him, thousands of young people have been victims of abuse by the police or other actors. 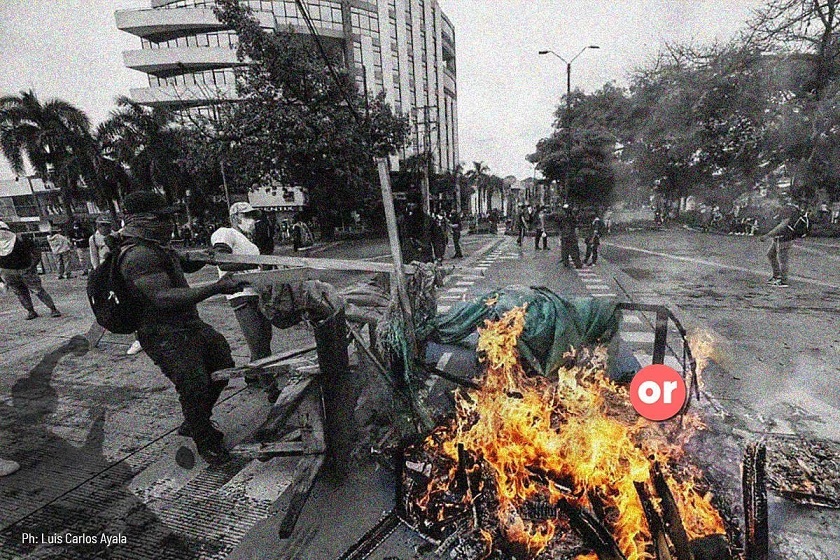 Brahian Gabriel Rojas Lopez worked as a painter, he was a serene young man who did not talk much but liked to laugh and joke with his siblings Talia, Otto and Brandon, his mother, a much-loved cook in the village, and his father, a cabinetmaker in whose footsteps he followed in the profession.

As he had no girlfriend or children, when he finished work, he would go out in the evenings with his older brother Otto and some friends to walk, talk or sit somewhere, usually under the bridge of the Cauca river. They talked about everything except politics, as Brahian knew little about it. That is why on the day the strike began in Colombia, 28 April, none of them went out to march.

That Wednesday, following his routine, he was sitting with his brother and his friends under the bridge. Throughout the day, the events that the press would report had unfolded. Millions of Colombians took to the streets, fed up with unemployment, poverty, hunger, the pandemic, violence, the murder of social leaders, corruption, repression and a government indifferent to their pain.

The day had been generally calm, but in the evening, police brutality, already familiar to many, also took to the streets of Colombia.

Riots were their prey, such as those that occurred in the municipality of La Virginia (department of Risaralda), mainly on the “Francisco Jaramillo Ochoa” bridge, under which were Brahian, Otto and their friends.

After nine o’clock in the evening almost everything turned into chaos in several cities around the country. Clashes began between demonstrators and the police and the Esmad, the latter a riot squad that has been blamed for several of the deaths in this strike and situations of violence on other occasions.

The uniformed officers began firing tear gas and stun bombs at the demonstrators. People began to disperse and many sought refuge under the bridge where Brahian and Otto were. But the police found them. They were, they say, between 20 and 25 policemen who started beating everyone, even Brahian and Otto who had nothing to do with it and were scared. It was a brutal beating. Otto’s right cheekbone was smashed, and his back was beaten.

Thalia, his sister, says that since that night they never saw Brahian again. They thought the police had taken him away. They went to look for him at the CAI and when he did not turn up, they filed a complaint with the public prosecutor’s office. An investigator told them he would help them look for their brother. The speculations began, the strongest of which was that Brahian had thrown himself into the river. But no one could testify to this.

After a week of anguish, on 4 May, Thalia received a call informing her that the day before, members of the Official Fire Brigade of the municipality of Sabanalarga (department of Antioquia) had found Brahian’s body in the river and had taken him to the Medicina Legal (Forensic Medicine Centre) in Medellín.

Before that day, Thalia had made inquiries at the Fire Brigade departments in the area, in Beltran, in Viterbo, because that is where the bodies of the drowned are taken. It was confirmed that the body was Brahian, because his back had those tattooed wings, and his calf that tattooed doll that everyone knew. 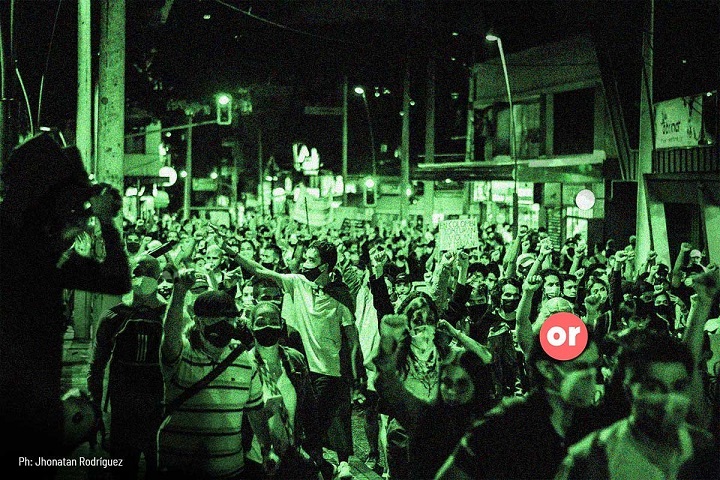 The results of the autopsy were to be given to them after 30 or 40 days, but they were not given any documents because, says Thalia, they were told that it had been a violent death and that is why everything was left in the hands of the Public Prosecutor’s Office.

According to some people, Brahian died because he jumped into the river, but according to Thalia, his family and friends, that could not have been [how he died] because they all grew up by the river and Brahian had learned to jump from the bridge as a child and did it frequently. He was also a good swimmer, so “if my brother had jumped into the river, he wouldn’t have drowned. Something had to have been done to him to make him drown”.

Another fact that makes them suspicious is that the body was found far away from the bridge. “The bodies of drowned people normally reach the municipality of Beltrán, in Marsella, which is a part of a river where there is a whirlpool and that is why the bodies get stuck”. But her brother was found five days later very, very far from there, in another department, in Antioquia.

For now, they are waiting for the results of the autopsy to come out so that they can open a case.

The pain is for everything, for Brahian’s death, because some people want to reduce his death to a fall and not a murder; because the police beat him and Brahian wasn’t even marching. He had the misfortune of being under the bridge and being a victim of police brutality. 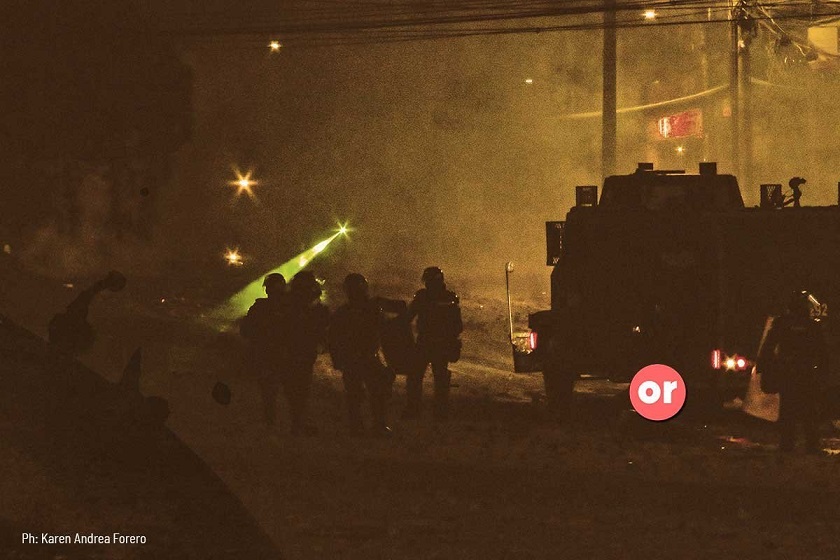 “He disappeared. It is not known what happened to him, if he was thrown into the river or if he was shot. What is certain is that he was beaten because Otto was there while he and others were also beaten. But everything was confusing, it was dark and the police forced Otto to leave”. That was the last time he saw Brahian.

Today no one knows what happened and if someone saw anything. “They don’t want to talk out of fear. You know what this country is like and whoever talks gets killed. That’s why I say we don’t know”.