Perspectivism, a term which Nietzsche invested with philosophical meaning, is about the way we always see things from a certain point of view. Forces of various kinds work to organize the selective patterns by which we see what we see. 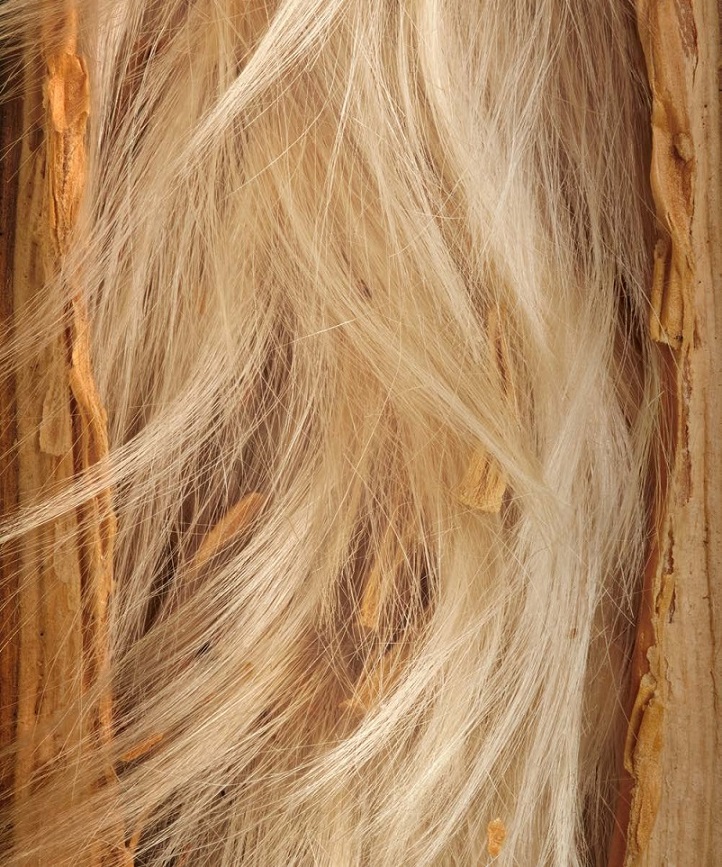 It depends on not seeing whatever is excluded from the perspective; making us blind to what is also there.

The results, as “The hidden beauty of seeds & fruits” show, can be magical, opening a new perspective on humble seeds and their fruits.

One of the pictures shows a detail from a seed in the fruit (up to 20cm) of the woolly dyeing rosebay, a deciduous tree that grows to a height of 20 m.

The wispy hairs, which look so human, are attached to the seeds and help in their dispersal.

The bofiyu is a small tree that only grows in just one ecoregion, a small patch of dry forest in the Marañon valley in northern Peru. 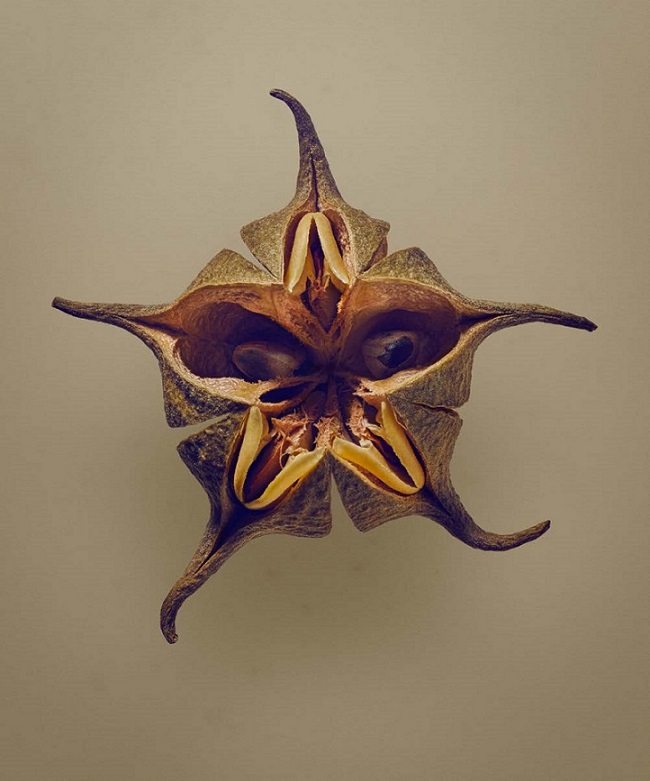 The combination of a dry climate and geographical isolation – the Andes lay to the east – has resulted in a number of plants that are found nowhere else in the world.

In the case of the bofiyo, its habitat is restricted to just one small area of the forest and its seed pod is equally unique.

A photograph  reveals its strange appearance; the seeds appearing like two eyes of an alien life form.

Compared to the bofiyu, the yangua is commonly found in South America’s savannas and dry forests.

Its scientific name Cybistax antisyphilitica – a genus with just one species – comes from the observation by the botanist Carl Friedrich Philipp von Martius of its use in the Amazon region for treating syphilis.

The plant’s oblong fruit is composed of a dozen longitudinal ribs (25-50 cm long) protecting the seeds and their papery wings that aid the process of dispersal. 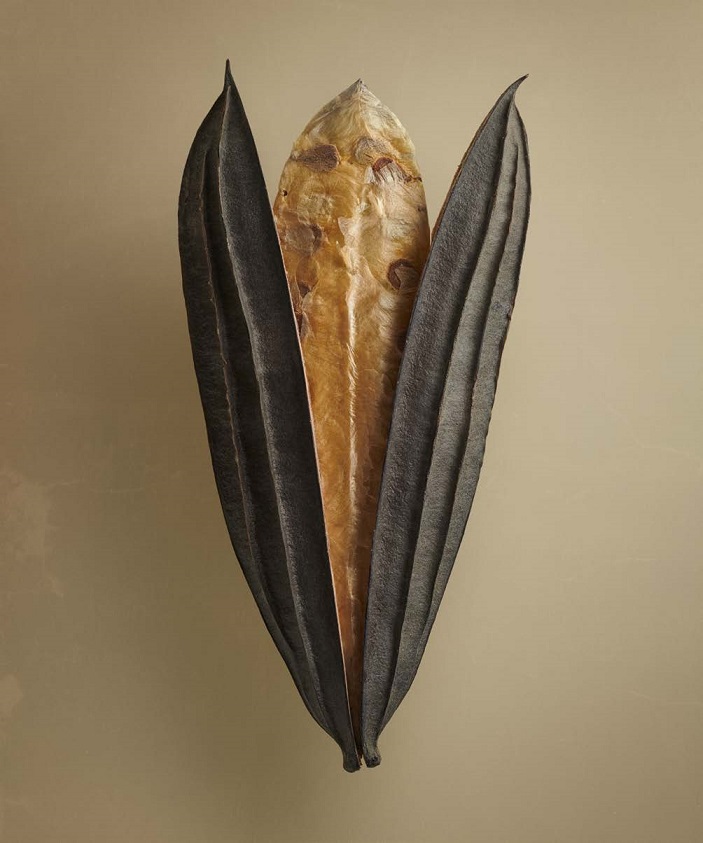 There are just three examples of the more than one hundred images of high-magnification from the carpological collection at the Royal Botanic Garden Edinburgh. Its herbarium houses more than three million specimens of dried plants from every corner of the world, a collection that began three centuries ago during the Scottish Enlightenment.

The botanists in Edinburgh are not antiquarians. Research proceeds into the biodiversity crisis and ten thousand new specimens are added each year. Digitisation of its collection is ongoing and images are freely available online.

“The hidden beauty of seeds & fruits” is a stunning set of photographs, conflagrations of colour and design that bear testimony to the explosions of life that appear in the most sophisticated and improbable forms imaginable.

Many of them would make startling illustrations for the front covers of fantasy and sci-fi books – a frighteningly appropriate thought given that the effect of climate change on the world’s flora is as destructive as its fatal influence on fauna.

“The hidden beauty of seeds & fruits: The botanical photography of Levon Bliss” is published by Abrams.