An unusual plague – a plague of stillness descends on a city, and begins to spread through the modern world. How can a maker of moving images hope to grapple with something that negates his art? His film is lost unfinished, but 50 years later a researcher finds what remains, and discovers a commentary on Colombia and much else. 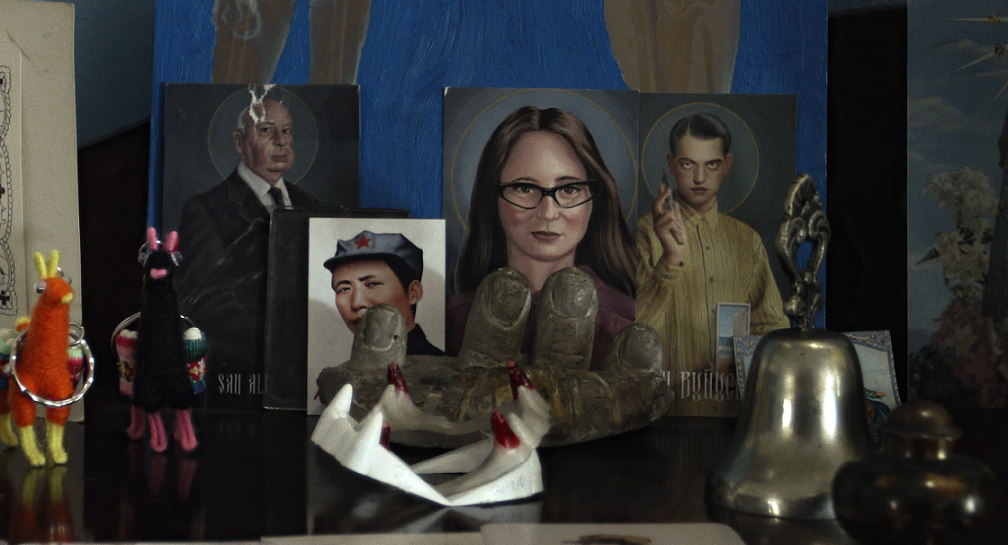 The Colombian film director Luís Ospina died in 2019, leaving an extensive legacy of films commenting satirically on inequality, and the exploitation of poverty by film-makers,  including his ‘mockumentaries’ such as “A paper tiger” (2008) and ”The vampires of poverty” (1977).

As a form of homage to Ospina and his collaborators in the group of film-makers that grew up in Cali in the 1970s and became known as Caliwood, director Leon Siminiami, a great admirer, decided to make a short film “The stillness syndrome”.

The film, which premiered at the Visions du Reel Festival online, starts from the idea that Ospina gave them permission to use a certain amount of his film footage in exchange for them filming, with an ultra-high-speed camera the day when he decided to throw out lots of electronic ‘junk’ into the street.

While appearing dystopian, the film celebrates the playfulness of Ospina and his collaborators especially Carlos Mayolo, playing with the possibilities of cinema to go backwards and forwards in time. 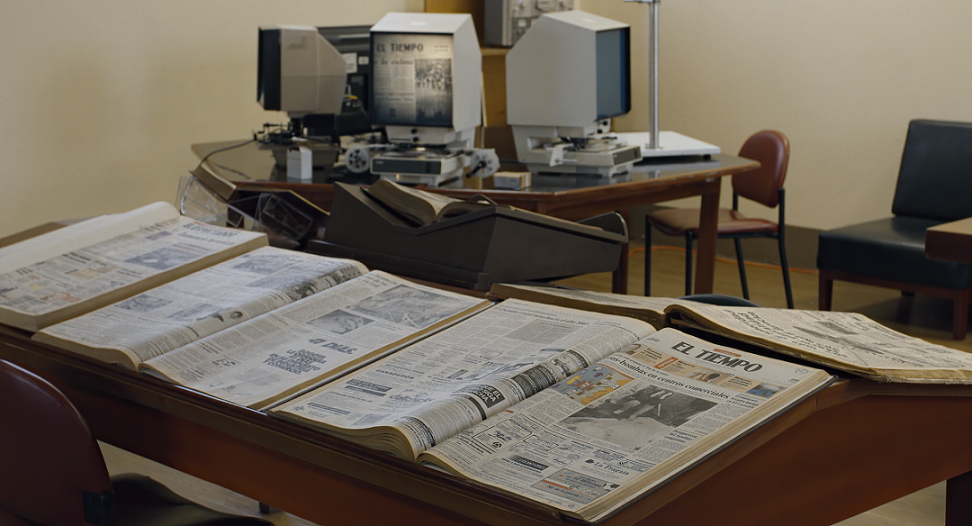 Here, Leon Siminiami talks to The Prisma following the Visions du Reel Film Festival, about hisapproach to film-making and how it relates to Ospina’s legacy.

Besides Mayolo’s poem which introduces it, is the film based on a particular interest of his or Ospina’s that you talked about?

One of the main interests that Jorge Caballero, producer and co-writer of the film, had was to engage in a “cinematic game”, meaning to make a film as if we played a game. One of the most important “players of cinema” that we know is Luís Ospina. So, we approached him with that spirit: “do you want to play with us in making a movie?”

The film is a homage to Ospina, but the voiceover announces that it was a project that was never even sketched out. What relation does your film have to how you see Ospina’s approach to film-making?

It has a deep relationship. I relate very much to a certain approach to cinema developed by Ospina in his mockumentaries. I think he had a true open mind about the possibilities of interpreting reality with the means of cinema. Reality and the cinema itself too. Of course, Luís Ospina is a figure too big to reduce him to that playfulness. Let´s say that is one of his many faces. But a very productive one. 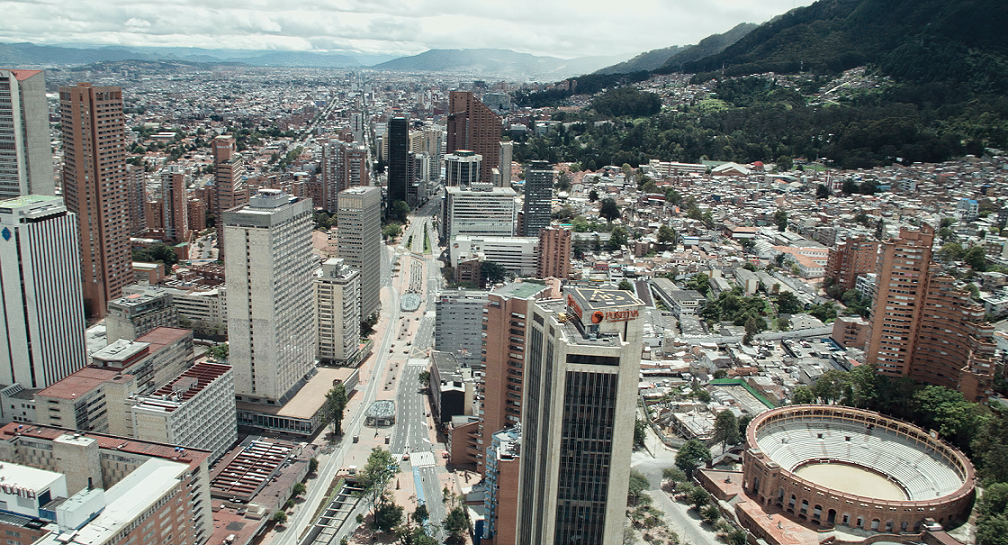 Personally, I found the film more playful than dystopian, playing with silences during the Census, football matches, and imagining it as a pandemic. How do audiences react to it?

We did want to play! Even the sheer fact of advertising it as dystopian is a part of the game, as there is an evident distance with that type of films. The film just opened in the festival Visions du reel that took place online due to the pandemic.

But we do hope to have the chance to screen with audiences soon. Then we´ll see how they will react. Hopefully they´ll play along.

The voice-over invites people to consider the way certain scenes are shown, as if the film is an archive, even at the same time as it’s being made. It seemed to be suggesting to the audience to consider film-making not as magic but a technique – and yet it is exactly magical. Can you say more about how you wanted to address an audience?

I think the so-called expositive mode in the realm of non-fiction filmmaking has great possibilities. It is true that is has been traditionally engulfed by tv reports, didactic or propaganda filmmaking but I think it has greater possibilities. In this case, we gave the film the shape of future presentation before an audience. 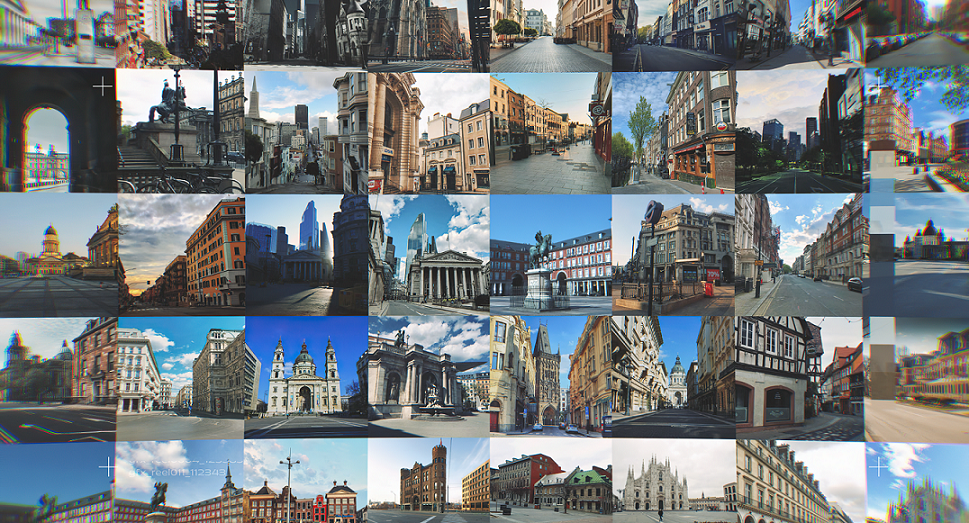 The audience doesn´t know exactly whether the voice-over is a real person or not. There is a certain robotic feel to it. But we do know that the premise allows that voice-over to speculate with some found images from 2020. What was the purpose of these images that were shot in 2020, that is, 30 years ago? This is an open question that the film shares with the audience. In the end, all is an invitation to the audience to play with the meaning of images shot at different times in Colombia during the last 100 years.

The black area on the map was dated 2024. Is this a science-fiction thread in the narrative?

I like to work with the notion of “footprints” of a fiction story. This is something that Chris Marker did with utter brilliance. For example, places and objects allow us to imagine many stories about the people that inhabit or use them. Here, in the core of an “academic presentation” in the future, we find something that doesn´t quite fit because the time of the narrator and the actual time of the audience, 2021, contradict each other.

There is a time paradox. I like to imagine this paradox as a “science-fiction footprint”. The thread that you talk about…also, there is the fact that setting those images on 2024 is our way to wish that Luís Ospina was immortal. 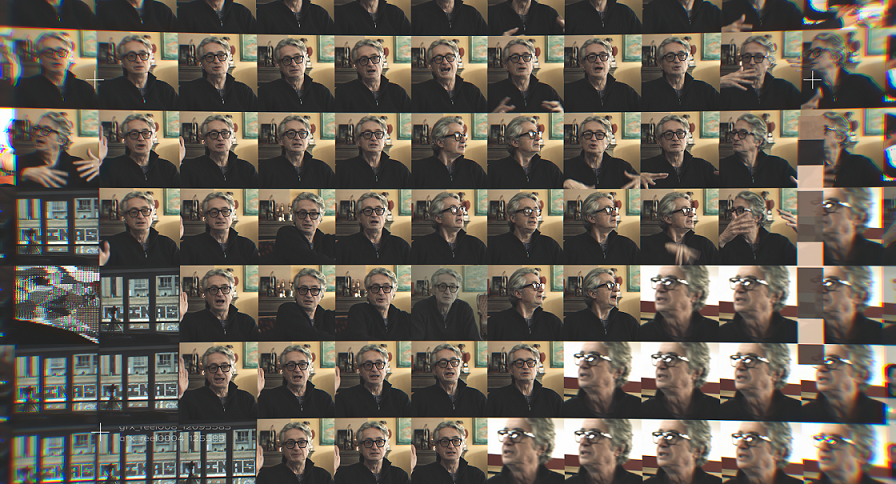 The deal with Ospina was that they could film him throwing out his electronic rubbish to see what would happen to it in the street, which had to be filmed at maximum possible frames per second. But we don’t see what happens to it.

We actually filmed it the way he wanted, but we chose not to show those images to our audience in “The stillness syndrome”. We thought it was stronger that those images remain veiled. He wanted to do his own film with those images. And we did not want to spoil his film. One day that film will be made. I am sure: death seems to be only a small detail for Ospina, not really an obstacle to continue making movies.

Did Gustavo Petro collaborate in the making of the film?

He was very generous to participate in our game, especially if you take into consideration that we had our encounter only a few days after he finished an extremely exhausting presidential campaign. 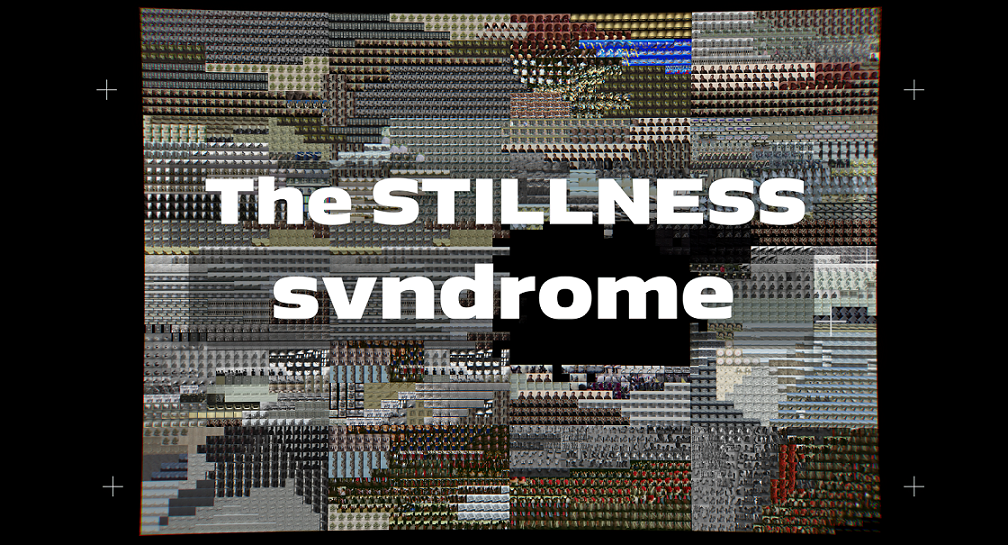 We explained to him the syndrome we were trying to build. He understood the game and agreed to play along.

Let’s say he was kind enough to adapt his humanistic discourse to meet the rules of our game. We were very lucky that such great personalities as him, Juan Gabriel Vasquez and Luís Ospina accepted to play with us to build the stillness syndrome.

You are known for short films and your micro-documentary “Conceptos claves del mundo modern” received many prizes. How does “The stillness syndrome” relate to these earlier works and your interests in general?

I did the last chapter (up to date) of the Key Concepts of the Modern World Series in 2009. In these 12 years, I have made two feature-length documentary films and three documentary series for streaming platforms. Some of these works explore the possibilities of voice-over and the relationship between text and images.

But I guess “The stillness syndrome” is a much clearer attempt to return to the realm of essay-film, where the Key Concepts were rooted. A realm in which text and image have an equal relationship and not hierarchic one, as happens in the other films. 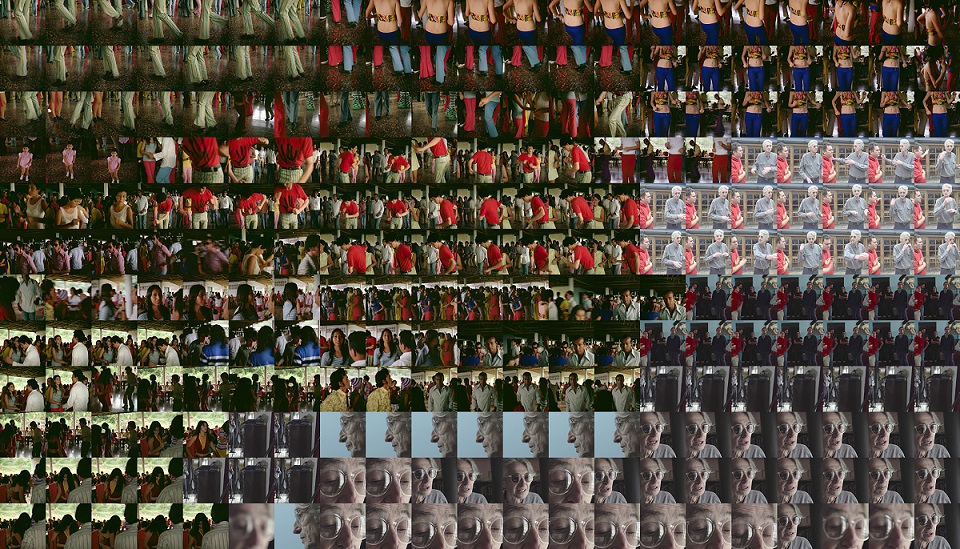 The “The stillness syndrome” film was born as a result of the friendship and the desire to work together of the Colombian filmmaker and producer Jorge Caballero and myself. We both admire Luís Ospina: his work and himself as a person. So, I hope that in the end both friendship and admiration somehow have found their way to infiltrate the film.

(Photos from Luis Ospina archives , supplied by the producer and authorised for publication)