The caravans of migrants from Central America are massive acts of resistance. Cinema becomes activism showing people on the journey, their own power as protagonists. The story of one woman and her children highlights poverty, an escape from domestic violence and anti-LGBTQ prejudice. 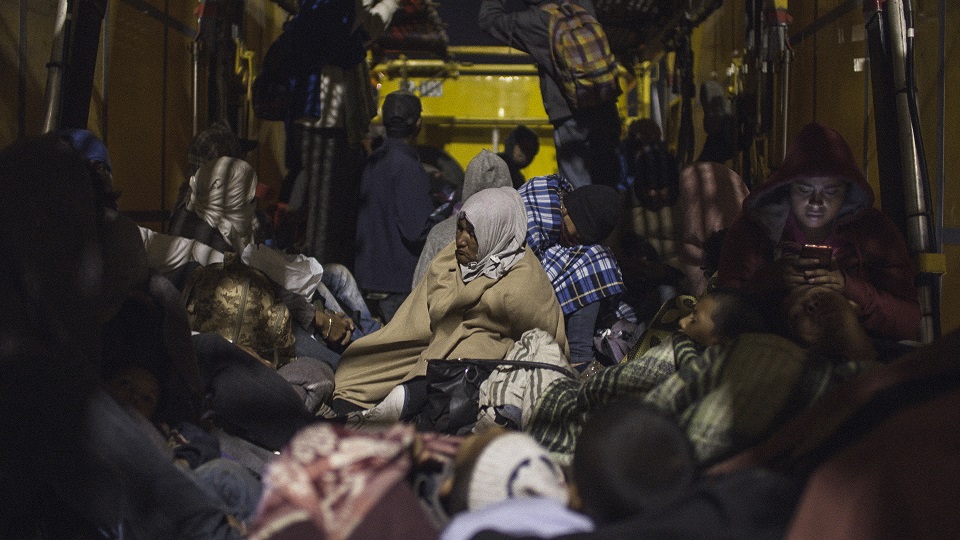 20,000 people made the journey of 4000 Km, passing many check points and taking 10 weeks: long enough for the film-makers to form strong relationships. With so much material they decided to make two films. The present one is an intimate portrait focusing especially on one woman, Lilian her family and female friends.

A second film will show the caravan in the broader context of migration in the region, domestic violence, and the failures of the state and its authorities.

This is where the directors believe the film can be most influential: ‘to show the reality of migrant life to people who don’t know about it…especially for groups that work with them’. As one of the children said – “Guatemala is emptier than our fridge”.

The film “Lo que queda en el camino” (“What remains on the way”), was made by Jakob Krese and Danilo do Carmo the co-directors, while Jakob and Annika Mayer run a small production company, Majmun Films in Berlin. And this was their first big project, after a short film “La espera”. The Prisma spoke to Jakob after the film was shown to accredited guests at Visions du Reel festival. It will premiere at a future date.

I was living in Mexico and central America for a couple of years, and I was impressed by the caravans as acts of collective resistance.

A friend was organizing the LGBTQ part of the caravan, so we decided to go to Tijuana when it arrived in October 2019. Caravans are very important for women, because besides the money they would pay to smugglers, they are at much greater risk travelling alone. They also suffer from domestic violence and the husband has all the money so they can’t save, but when they hear on the news that a caravan is leaving, they just pack and go with their children, without telling anyone.

The three of us only had $2,500, when we heard that another caravan was leaving. We had enough for the plane ticket, so we went to Honduras, and met people who were joining it at the bus station. 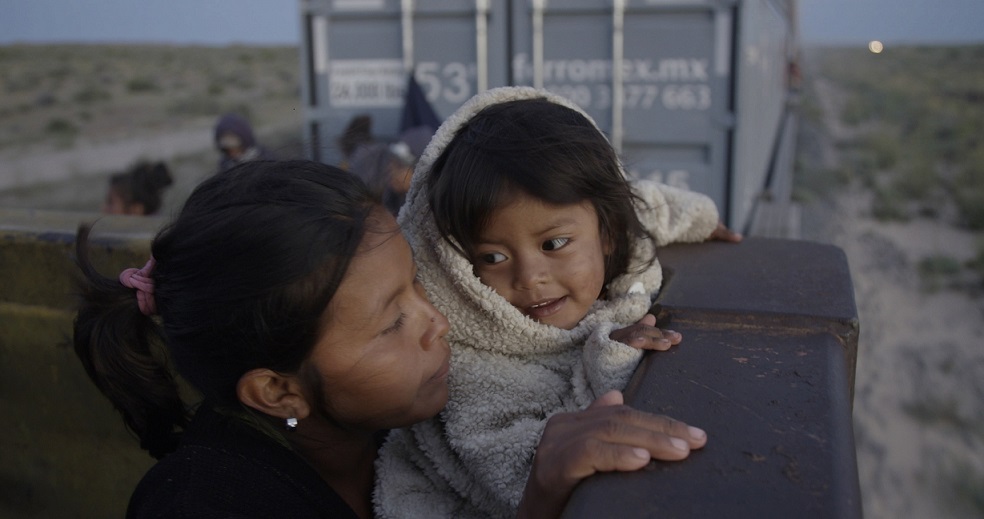 Where did you sleep on the journey?

We were with the caravan all the time, sleeping in parks or wherever.

Staying in hotels is ok for a journalist but not if you are making an intimate film like this.

Besides, we had little money! When one of us was ill – because hygiene was not so good – we would take a small room for them. We had a lot of luggage, so after two days we decided to take it in turns to travel by bus, while I stayed with the caravan all the time with the camera and sound equipment. You saw how the image was shaking a lot at the beginning of the journey.

How did you contact the women at the centre of the film? Did an NGO organize the caravan?

It was organized by the people themselves, with a Honduran collective called Pueblos sin Fronteras. It was organic, and it involved conflicts. It was mostly hard-working Hondurans and Guatemaltecas who didn’t have any experience of political activism. 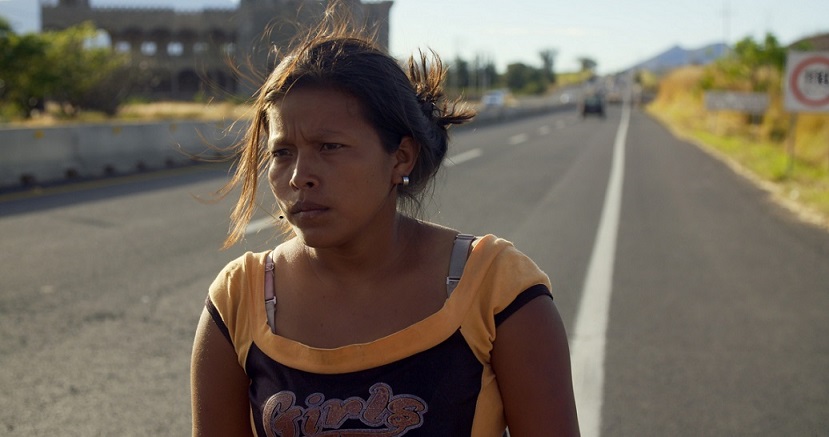 How did the presence of the camera influence the responses of the people and the authorities?

We had a big camera, and it provided some protection because when the police saw it, they changed their attitudes, and that made us more welcome among the people on the caravan.

So, the authorities seemed less difficult.

There were always journalists present, and sometimes people covered their face so as not to be seen on TV, until we told them it’s a film not for the news. And the people would tell journalists: “No we have our own film crew”!

Walking 40 miles every day and sleeping in parks you make a very strong connection, when people see that you are not disappearing to a restaurant or a hotel every night. Of course, we had the freedom to leave any time, so I’m not saying we lived like them. 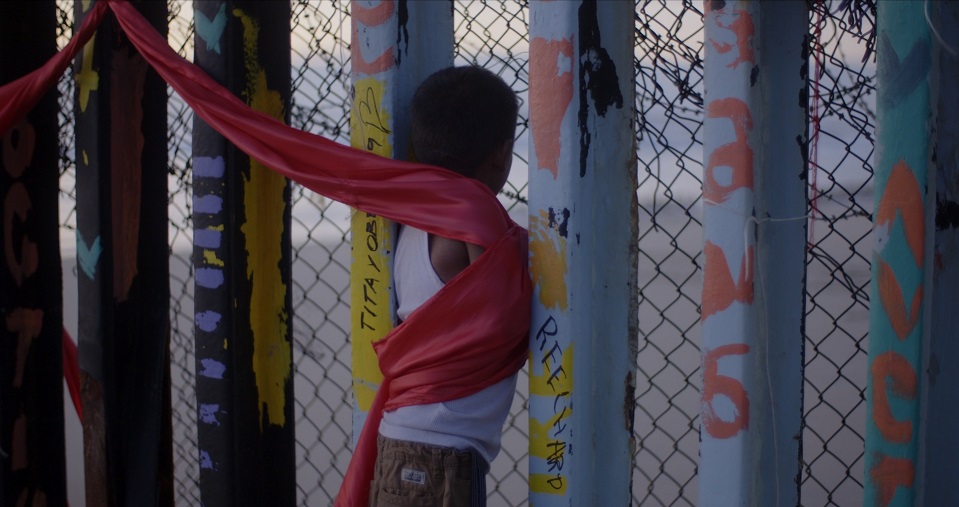 We preferred people who were not interested or bothered by the camera, because we became more invisible and the film more intimate. But we had to discuss the editing with them afterwards, because they sometimes gave very intimate details.

Did you tell them where the film would be shown – they could have problems months later?

With Lilian it wasn’t a problem, because her husband already knows about it, they are in touch by Facebook. But we have much more material to use in another film, about two sisters who did enter the US, and we have to be very detailed about the asylum process.

What was the attitude of the authorities, generally?

Honduras closed the border to Guatemala to people without passports – which is illegal because there is a C4 convention allowing people to move between those countries, Nicaragua and El Salvador. And they stopped women with children without the father’s permission, which was impossible for many of them. There were confrontations with tear gas, and we went through the woods with some of the women. 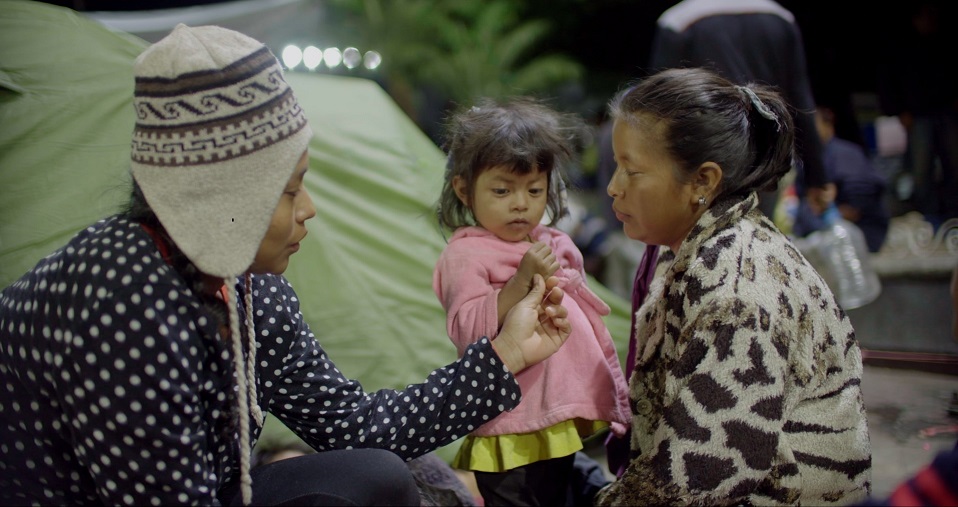 Inside Guatemala the policy was to keep people moving and not invite negative attention from the media as happened before.

After the Mexican elections the president welcomed people as family and gave 10,000 visas allowing people to move freely in Mexico and even to work, for 1 year.

Everyone called their families, but many came without papers and were denied entry. And the mayor of the Guatemalan border town organised mobs of hooligans who started beating the migrants with sticks and pushing them out of the country.

Even some of the Mexican border officials were running away, and the government had to open up the border facilities to cope with the numbers. They thought that by giving permission they could improve their image and disperse the caravan, but people were afraid of the travelling alone and didn’t have money; about 7,000 took buses to Tijuana while the others continued walking. The Mexican government was supportive at the beginning, and police were asking truck drivers to take people, – unthinkable in Europe – but the last month after Mexico City was the most difficult part – just desert and cactus. 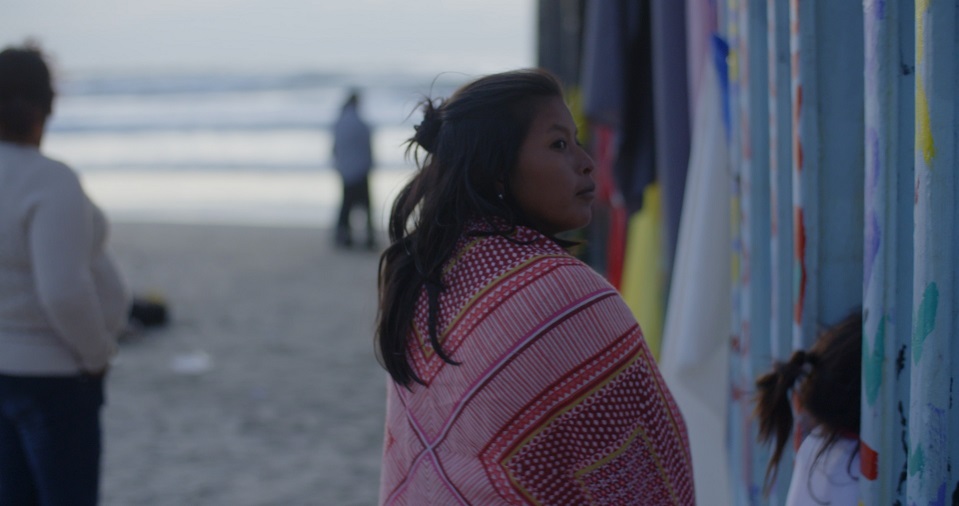 Then Trump started pressuring the Mexican govt. and suddenly people were not allowed to hitch-hike or get on trains.

Is there a political role for these kinds of documentaries?

The most important outcome is for groups who are working with migrants, in the US and other countries, to see and hear the experiences of migrants.

The best antidote to racism is contact, so films like this can show the reality of migrant life to people who don’t know about it. Film festivals are nice, but they are middle-class events.

We will also repeat the journey showing the film in shelters along the route, because it has to go back to the community. When we showed parts of the film on the journey, people were discussing it a lot, and this is very important. It is where people see their own power as protagonists, that’s the main point of making the film. 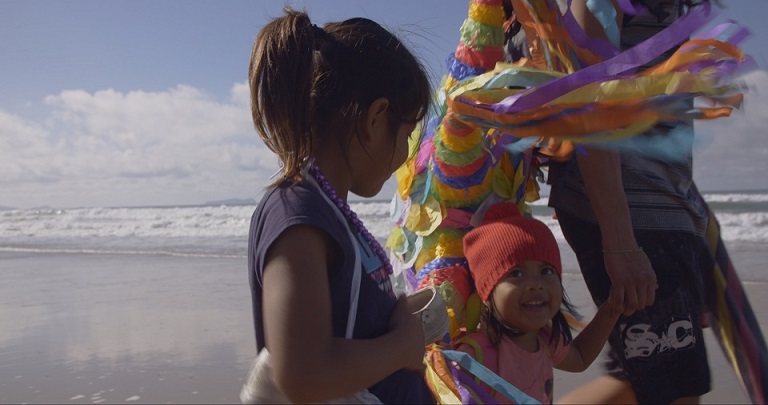 This film is focused on Lilian’s story, but we have a lot more material which we want to use to show the larger context of the caravan.

We also made a short film –La Espera which has been well received at festivals, which is about just one evening on the journey.

We are editing the second film with a working title of “Caravaneras”. And I have a personal project to tell the story of my family over three generations starting with the partisans in Yugoslavia in WW2. My mother who was in Sarajevo when it was occupied, moved to Germany, where I grew up, because the situation was unbearable, so migration is a personal topic for me. 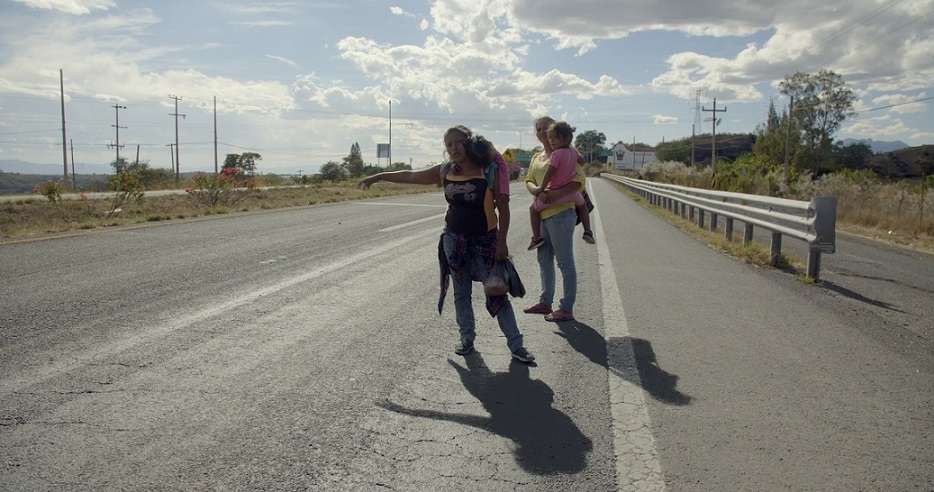 Then we are making a short film about domestic violence in Germany.

We don’t know when “What remains on the way” will be available on streaming, but you can follow progress on Majmunfilms.