Spurred by the police killings of Black people in 2016, Roberto Minervini decides to make a film about Black America. By slowly absorbing their life in New Orleans, and by formally approaching the Black Panthers he builds a picture. As a film-maker, he calls himself a ‘politically charged citizen’. 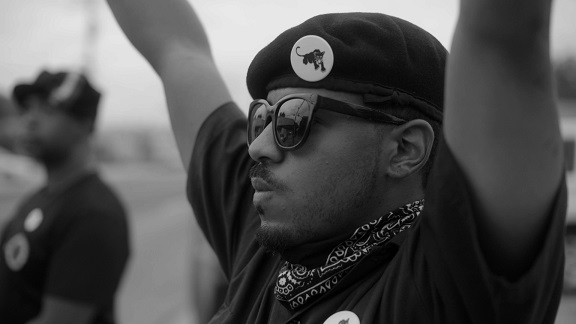 Roberto Minervini’s previous film, “Louisiana – The other side” (2015) was shown in the Un Certain Regard section of the Cannes Film Festival that year and was nominated for a prize.

As a very raw documentary it has been praised for the respect it showed to its characters, in a world that is very far from the mainstream.

In the first part it follows the intimate life of a couple, both heroin users, while one of them is on parole from jail to care for his old mother, and then it shifts to a study of anti-government militias in the same state – people who are not short of money and have ‘ordinary’ jobs.

In his new film, “What you gonna do when the world’s on fire?”, spurred by the spate of police killings of unarmed black men in the US in 2016, he spends months getting to know a black community in New Orleans, a world far from the tourist area of the French Quarter, but where the pressure of gentrification is now being felt.

After reaching a critical point of conviction he commits to making a film featuring one of the people he has spent many hours talking with. Judy runs a bar where she also sings once a week, and she is also a Queen of the Mardi Gras Indians: a powerful personality deeply committed to her marginalised community.

The parade is Afro-American but it was the Indians who often gave shelter to escaping slaves, for which they are respected.

The film title is a question, but to whom? There are many answers, watch the film and recall James Baldwin’s book, The fire next time.

Minervini is Italian by birth but has lived in the US long enough to care about what will happen there to his children and his community. He lives in Houston, Texas, very different from Louisiana.

I spoke to him after watching his new film at the Visions du Reel Festival in Nyon, Switzerland.

Your previous film, is also set in this part of the USA, is there any connection?

All my previous films were connected through families or areas, this is the first that is not. But it serves as a counterpoint to the previous one, because then I was working with an anti-government militia, and the surge of reactionary movements in the US during the Obama administration. It was a new right-wing wave that was hitting the US like a tsunami, and this was pre – Trump.

So, I realised then that it was time to explore something I’d never done before, which was Black America in the Trump time.

Yes, Texas is quite rich, and Louisiana always makes it into the top 5 poorest states, and Mississippi where I’ve also worked is in the top 2. And Louisiana is 60% Black, and Jackson 80%, so the Black community is way, way more present in those poorer states.

The blatant police impunity for those killings is shocking – is that why you made the film?

For people who have been observing what goes on in the US, it doesn’t come as a shock. However, in 2016, there were two hot weeks in the South. On July 5th Alton Sterling got killed by the police, on the 7th Philando Castille was killed, and nine days later for the first time someone retaliated. A young black man in Dallas killed two policemen, and said he was proud. So, the fear of the black man surfaced, of black people. And I think that paved the road for Trump to be elected, although this is not spoken about much. 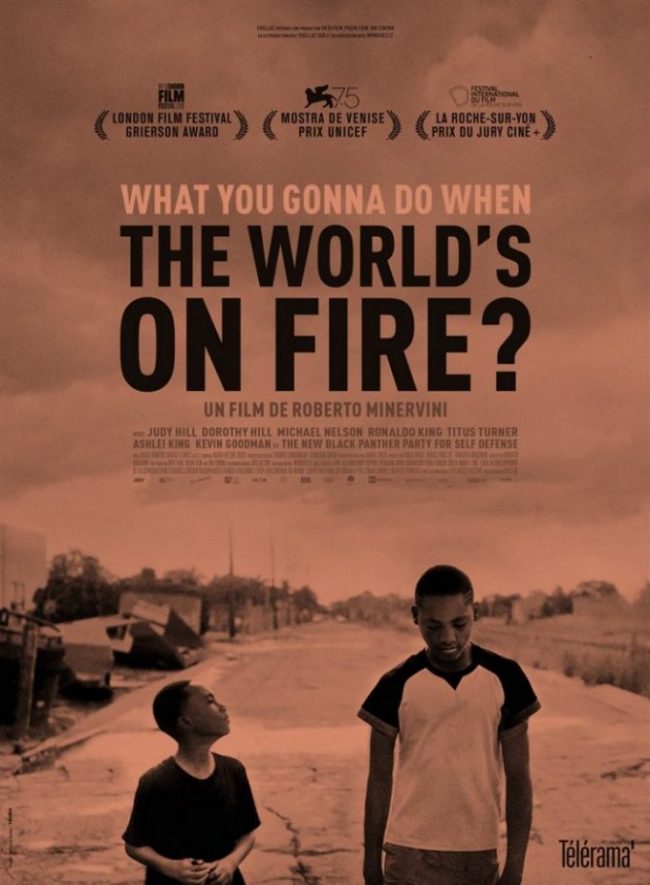 Are you a political film-maker?

I’m a politically charged citizen, always have been, both as an Italian and an American. And both ideologically, and also because I care about how my community functions and about local politics. And that affects my film-making.

Judy is the character that jumps out of the screen in this film – how did you meet this group of people?

I didn’t have a clear idea at the beginning, I just wanted to make a film about Black America.

So, I started dipping deeper into Treme, the 7th and 9th Wards of New Orleans, away from the tourist areas. I met Judy through hanging out at her bar on Wednesdays when she performed, and she helped me meet other people. And that process of scouting people went on, and we got to know each other very well, and finally it all sedimented, and I said “this film that’s been with me all these months, I want to work with you and about you on this project”.

Everyone in the film apart from the Panthers are related to Judy, or they belong to the same community. The kids’ uncle lived above the bar, so they would come and visit. And Judy is a Queen of the Mardi Gras Indians tradition, she belongs to that tradition. So, all the stories are intertwined – not in the film narrative, but in real life.

Some of it was filmed in Jackson, Mississippi though?

The Panthers came from various places in the Southern Chapter, Texas, Mississippi, northern Louisiana. I met them formally, by email and Cristal, who is in the film, noticed that I was unusually passionate and knowledgeable about the issues, and not being born in the US, having a broader perspective. We had a long series of discussions because they get a lot of requests, and they don’t want to work with people with a patronising attitude. 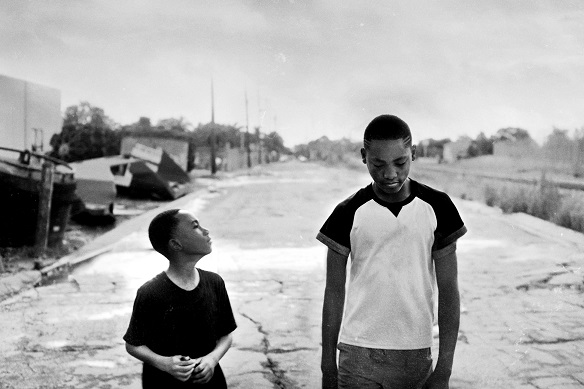 are they a real force politically nowadays?

They were pressured by the government, and then they split because Bobby Seale wanted to get into politics, to become Mayor of Oakland, California so he stopped associating with the Panthers to change his image.

And then they were on the Domestic Terrorist Watch List, and Hoover called them Public Enemy Number 1, which limited their ability to move around.

They were dormant for a long time until they became the New Black Panther Party. Seale said the Panthers were dead, but the members said the party belongs to us not to you!

Nowadays, they have very little political representation, they are a grass roots community outreach organisation. I was very surprised by their love for the community, they have the Black Cross, like the Red Cross. They are always active when calamities strike, and they are already stocking food and getting rescue boats ready for the hurricane.

But they are also protesting against injustice, and they do that with a very militant tone.

I also got a sense of resignation from the film, that things just continue bad, and we do what we can.

There are powerful forces ranged against them. There’s no shade of resignation among them, they are committed and ready to die for the cause if necessary – but they are realistic too. They are always ostracised, always under pressure. You saw in the film that, when they wanted to access a public building to file a complaint and re-open the case of Alton Sterling, they were blocked illegally from the building. They were unarmed and the police struck first. 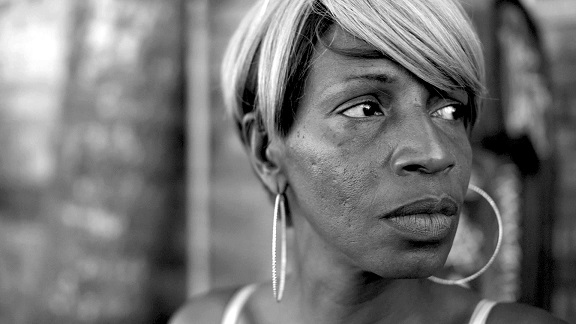 What happened to the seven who were arrested?

They were released the next day, pending trial. Usually what happens is that they get detained for as long as they can hold them and then charges are dropped. It’s a deterrence by harassment – they are constantly being detained and released.

There was another scene where they were knocking on doors at night, and one of them was holding a rifle – was that an Open Carry area?

It depends on the city and the state, but it’s a difficult situation to witness, because if the police came, they would probably open fire – even though that would be murder, because it’s legal to carry arms openly. It happened to Philando Castille, he told them he had a weapon and was trying to find it when they blasted him dead in the car with his girlfriend next to him – that wouldn’t have happened to a white guy.