The climate and environmental emergency has a disproportionate effect on people in the global South and their communities in the global North. The aim of the “Carnival for climate justice” organised by XR Unify (XR) on August 29 is to highlight this. 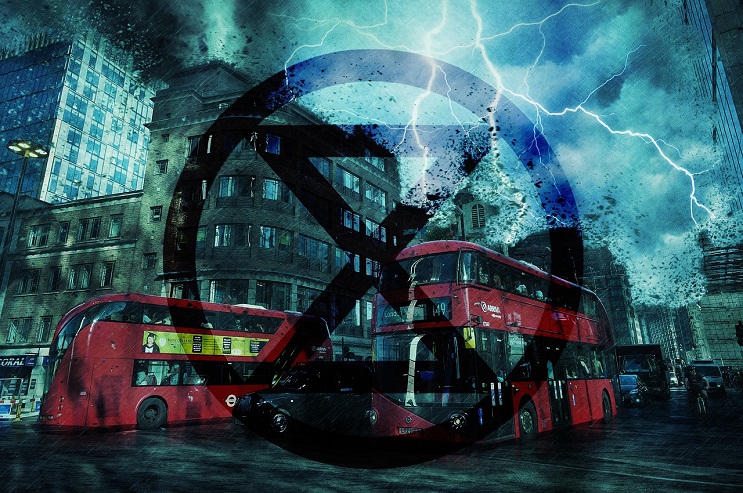 True climate justice means admitting that marginalised communities, such as black, Latin American, South Asian or indigenous (sometimes referred to as people of colour), are who suffer the worst impacts of climate change.

Curiously enough, they are also the ones who are least responsible for this occurrence.

However, as Richard Gallen, member of Extinction Rebellion, says, “these communities are usually forgotten when it comes to climate change.

For example, rich countries are not doing enough to help poor countries in their fight against wildfires or in building a low-carbon infrastructure, and so on.” 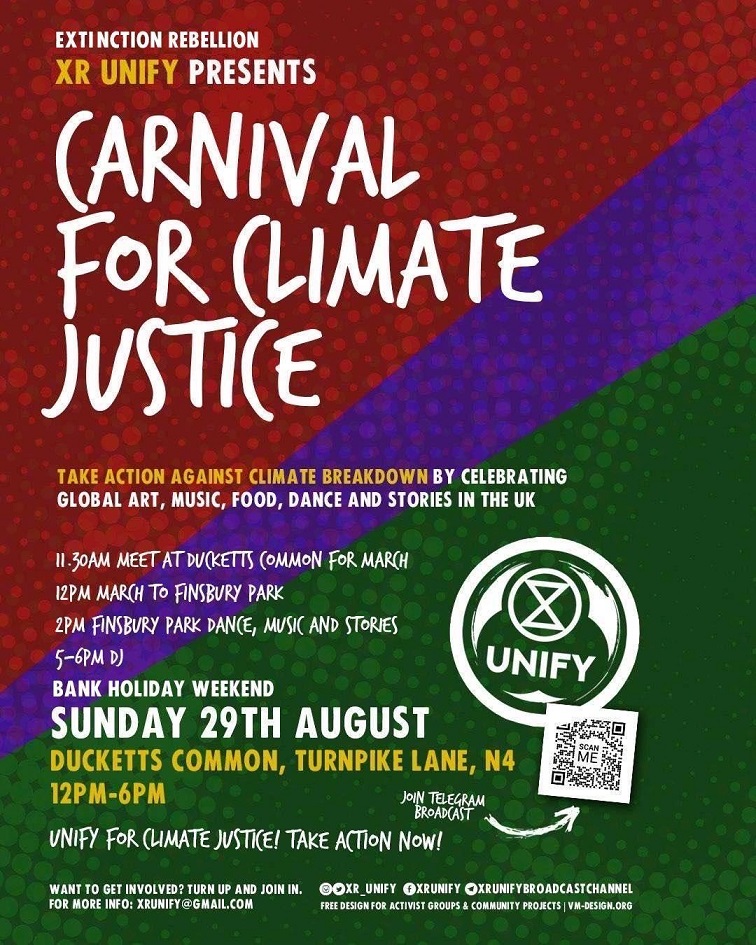 The program is open to everyone and will start at 11:30am in Dicketts Common, where everyone will meet to then set off to Finsbury Park at noon.

In Finsbury Park, where they are expected to arrive at 2 pm, there will be dancing, music and storytelling, activities for children (face painting, bouncy castle, etc.) and tables for the local community groups. And to round off the day, a D-J.

The organisers of the “Carnival for climate justice” have opened the event to anyone, but mainly to all communities, including migrant communities from different countries that have settled into the UK. In this context, they will be able to take part in the march with banners and then display their work and information material in Finsbury Park. Their slogan: “United for climate justice! Take action now!”