This Thursday the 25th, the UK Courts will be ruling on whether the rights of its citizens, including all of us whose family life is tied to the Global South, are “arguable” in UK court. 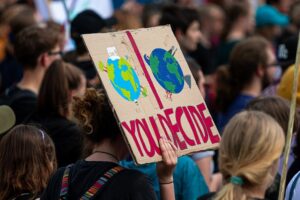 Following COP26, the UK Courts are being taken to court by 3 young British Citizens from the Global South over the UK Government and “its other governmental, state, and corporate accomplices in violations of human rights, international law, and in crimes of genocide and ecocide against our generation and our communities”, says Global Majority.

The claim is being brought by the youth-led Global Majority Vs. Campaign, supported by the legal litigation charity Plan B, and the Stop the Maangamizi campaign.

On 25th, the UK Courts will decide to either support or reject the Government’s position issued on the 1st August that any discriminatory impacts of its climate inaction is “reasonably and objectively justified”.

Commenting on the issue, Tim Crosland, director of Plan B said: “The climate crisis is happening now. People in the UK have seen for themselves the devastating consequences of heat domes in Canada, infernos around the Mediterranean, whole villages taken out by floods in Germany, and roads across the UK turned into rivers – the sort of impacts the Global South has been experiencing for decades. The people of Afghanistan now face drought-induced famine. Following COP26 it must be clear to everyone that governments are failing to act with requisite speed”. 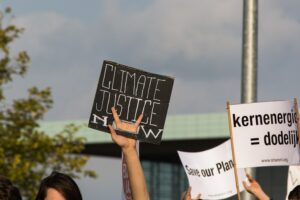 Crosland highlights how three young people are bravely invoking their fundamental rights to advance “a modest proposition: the UK Government is bound to honour its legal commitments to safeguard the right to life. We trust the court will recognise the immense importance of allowing their claim to be heard.”

On her part, Esther Stanford-Xosei, Coordinator-General of the The Maangamizi: We Charge Genocide/Ecocide Campaign explains that while the emphasise the importance of the legal battles inside the courtrooms of the UK, Stop the Maangamizi Campaign, still believes that the “real victories in this historic case will be won through the extra-legal actions of our Law as resistance strategy which glocally takes Peoples Rebellions far wider, particularly into Global Majority Communities of Resistance across the world.”

It is, she adds, the raising of the legal consciousness of those Frantz Fanon highlighted as ‘The Wretched of the Earth’ that will produce the critical mass of conscientized change-makers to bring the will of unifying Peoples Power to bear in securing the victories, that will not only guarantee the Right to Life, but also Stop the Maangamizi, including its manifestations in the Worldwide Climate and Ecological Crises, and enable the Global Majority to ‘Be The Change’ in achieving Planet Repairs in Global Justice meaningfulness. This case, particularly led by our Global South Youth Activists could go a long way in taking all our generations further along the road of effecting and securing the establishment of Maatubuntuman in Ubuntudunia.” 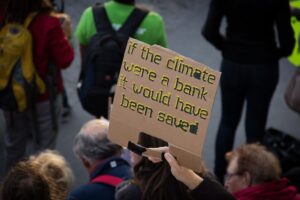 Lastly, Jerry Amokwandoh, co-claimant and co-coordinator Global Majority Vs. Campaign Pan Afrikan Youth Support Action Command, says “The British Establishment has made it clear that Global Britain means continued mass criminality against Afrikans, our families, and our communities on the continent. So while the alternative is being won by the Global Majority and communities establishing the law of the peoples, the Courts are now actively seeking to justify Britain’s role in the destruction of our homelands along with the rights of British citizens, which we call the Maangamizi.”

Amokwando explains that “the UK Government is publicly denying the rights of all peoples. If the courts still continue to fail to deliver justice, it will be clear that only our own alternative institutions are capable of the justice and laws of the Global Majority that are being led by our indigenous leaders such as those in Maatubuntumitawo-Gafric in West Afrika, including those spearheading the Ogoni resistance in the Niger Delta, and the repair of our families of the GaDangme community as well as those building our own tribunals here”.

“The 25th of November continues the escalation of the unified defence for our rights inside and outside the courts until all can see the failure of the UK Courts and the need for our own peoples’ law and its decolonised alternative institutions”, says Amokwando. 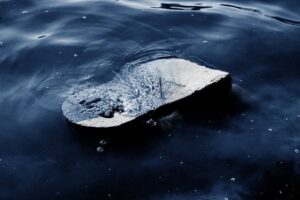 Voices from communities to whom the UK Government has refused to answer testifying to the violation of human rights in their localities are being brought together on the We Are Witness Platform.

Live link to listen and watch the hearing globally for the Global Majority Prosecution will be shared: @globalmajorityvs (FB, Twitter, Instagram) and WhatsApp chat.