You have to relate the graffiti to the world of art and remove anything crude… The same could have been said about graffiti during the eighties. 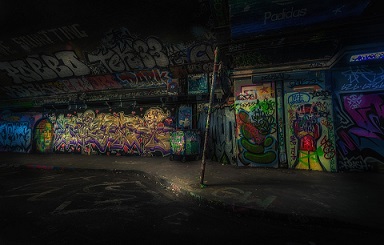 It was the time when “street artists” made an appearance, their closest predecessors being the “jucos”, communist activists, or members of other leftist political organizations,  who covered the walls with written slogans and posters pasted on so effectively that even today’s best glue producers would be envious.

I remember one of those posters, created when the Liberal Revolutionary Movement (MRL) and the Communist Party of Cuba (PCC) united under triumphant Cuban leader of the left, Fidel Castro, and right wing presidential candidate Alfonso Lopez Michelsen. It proclaimed: “Lopez will be America’s next Fidel”. Today, I’d pay a lot of money to pad out my collection of absurd “Locombianos” with an advert like that. 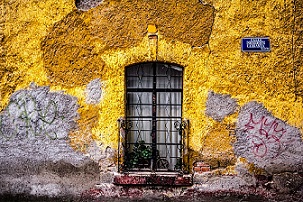 ut this has absolutely nothing to do with modern-day graffiti, which instead includes slogans such as “Conquer Marquetalia” and “Farcrimen”, coined by the Uribist youth of right wing supporters of ex-president Alvaro Uribe, during the now remote era of “barbarian nations”.

The walls of Bogotá were full of all sorts of political phrases, which gradually became anti-poetry, such as that of Nicanor Parra, who referred to a Serrat song, with lyrics by Machado which says: “the road is made by walking”.

Thus was born the ingenuity of expression. However, this is not graffiti as we know it nowadays, which is more like rubbish flooding the walls, doors, windows, roofs, poles, telephone booths, ATMs, gates, shop windows and bridges, etc.

The sheer magnitude of these scribbles, painted every day and night all over the city, denotes an unlikely juvenile madness. 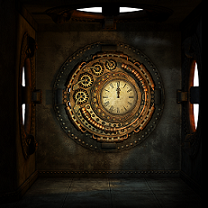 What should we call these kinds of signs? Symbols, graphs, drawings, stains… what?

To most people, these signs don’t mean anything, and unlike precious examples of intelligent communication, they serve only to achieve unprecedented visual pollution.

Waterlogged with rubbish and miserable hordes of beggars who have invaded the city, in addition to street trading, all that’s missing is this graffiti, which has converted the “South American Athens” into a large dunghill with dirty, abandoned buildings, as if the bombings from World War Two had detonated there too.

What’s more, in Bogotá, D.C. (Colombia), no one ever knows whether things are being built, or whether they are being destroyed forever.

I believe that behind these “Michaelangelos” that are out on the street armed with spray paint, hide fierce and furious football hooligans who are marking their territory outside stadiums. Could this be another language of postmodernism? 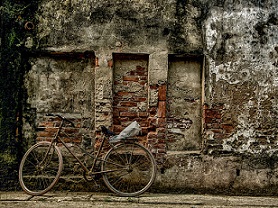 Graffiti is mostly political and luckily can still be found, as it has in the past, in universities like the National University of Bogotá.  However, unlike previous graffiti, today’s scribbles have lost all their charm and wit, one claiming, for example, “God doesn’t have birthdays”.

Because today, thanks to the seduction of walls, there is no interest in communication, or passing on a message. Instead this graffiti leaves an aggressive footprint wherever it is found.