At three days old, little Madine was already engaged to a 5-year-old boy, even though her mother, an Afghan woman herself a victim of child marriage, was opposed to forcing her daughter into the same fate. It’s an old story but one that prevails. Around the world, there are 650 million women who were married before the age of 18. 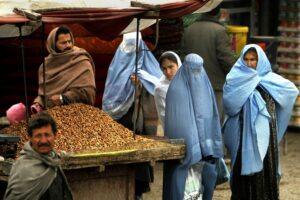 A decade later, the family of Madine’s fiance demand her hand in marriage, whilst her mother claimed that only “over her dead body” would her daughter join the spine-chilling number of 12 to 15 million girls globally who are married each year before reaching their eighteenth birthday.

Madine’s story, widely published in the European press, is not an isolated incident in Asia, where significant numbers of early, forced marriages are recorded, though prevalence differs greatly from country to country. Bangladesh, for example, where 52% of girls are married at 15-years-old, is one of the countries topping the list of world nations with the highest occurrence of child marriage. In Cambodia, meanwhile, 19% are legally married at 15, according to the organisation Plan Internacional.

According to statistics, in South Asian countries a third of girls are married or in relationships before 18-years-old (30%), whilst 8% are before turning 15, making it one of the regions with the highest incidence of the phenomenon, only exceded by Subsaharan Africa. “This violation of human rights occurs due to a combination of factors: poverty, gender inequality, lack of education, and certain regions’ customs”, Unicef spokesperson Blanca Carazo said.

This same United Nations body published a report in 2019 revealing that 650 million women around the world are married by the age of 18, a reality it is trying to reverse in accordance with the 2030 Sustainable Development Goals. 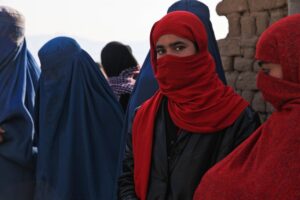 Laxmi, 20-years-old and Nepalese, said she managed to escape before being married at 16 because she knew what consequences it could have and sought help.

“I could have ended up pregnant and giving birth is not easy, it would be risky for my physical and mental health”, she said.

According to Plan International, child and teenage pregnancy rates have increased in Asia in recent years leading to 43% of young pregnancies that are unwanted, some within marriages.

Marriage before adulthood is a social phenomenon accepted by many families as a social norm and sometimes as an economic necessity, since by handing a daughter over into marriage, domestic expenses decrease.

This is why psychologists believe that marrying off girls under 18 is rooted in gender discrimination.

Furthermore, being married young is mostly accompanied by giving up school and low literacy rates, which reduces job opportunities later on.

In general, specialists warn that early marriage leads to lower social, economic and political participation, which affects women’s earning potential and therefore contributes to greater domestic poverty, with a potential impact on GDP. 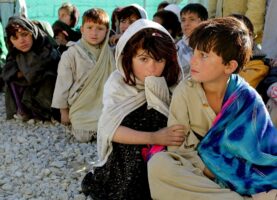 Although the majority of countries mentioned above have laws against underage marriage, these rules are broken to make way for what is a socially acceptable convention. Indonesia, for instance, took legal measures to avoid this occurrence by raising the minimum marriage age for girls to 19-years-old.

Figures from the Indonesian Statistics Agency show that the Asian country is among the 10 countries with the highest number of child brides, where one in four young girls is married early due to social pressures in adolescence not to be seen as a spinster. Like Indonesia, most countries’ laws establish a minimum legal age for marriage, but despite this, tribal norms or tradition prevail over the constitution in some territories.

Social acceptance of child marriage impedes its decline, which is why the UN included it in the Sustainable Development Objectives for 2030.

According to Unicef’s Senior Advisor on Prevention of Harmful Cultural Practices, Nankali Maksud, measures to be taken include improving girls’ access to education, particularly secondary education; raising government investment in adolescent programmes, and sending a strong public message about the illegality and harmfulness of child marriage. (PL)