Honduras has seen a surge in marijuana seizures and plantations, indicating a booming trade in illegal cannabis that stands to benefit the country’s largest street gang. 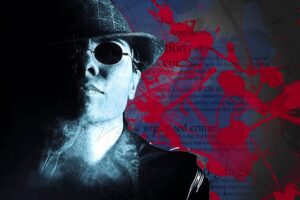 The latest seizure occurred when anti-drug agents intercepted a pickup carrying a load of gypsum board cut to conceal 1,000 packages of marijuana. The truck was stopped in Choluteca, some 150 miles from the country’s capital of Tegucigalpa, according to a November 8 news release from security officials.

The haul came after two weeks at the end of October when agents stopped four trucks smuggling large amounts of cannabis, including two separate pickups carrying mattresses stuffed with about 1,000 pounds of the drug. One truck was intercepted in a town 30 miles south of San Pedro Sula; the other was stopped on a highway near the Pacific coast.

In Yoro, a city east of San Pedro Sula, agents discovered more than 600 marijuana packages crammed into furniture being hauled by a pickup. They also uncovered 55 sacks of the drug concealed by metal soldered to the back of a tractor-trailer’s cabin.

According to figures provided to Proceso Digital, security forces have seized 23,500 pounds of marijuana between January and October of this year. 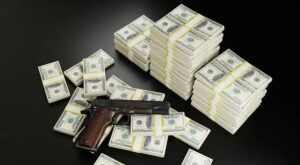 A spokesman for Honduras’ Anti-Drug Police (La Direccion Nacional Policial Antidrogas – DNPA) told the news outlet that its officers had seized nearly 10,700 pounds of marijuana by the end of October, a massive jump from the 2,000 pounds taken during 2020.

Cannabis crops also appear to be on the rise, with security forces destroying some 150,000 plants this year, nearly double the amount eradicated in 2020. from Plantations are concentrated in northern departments along Honduras’ Caribbean coast, particularly Colon, where some 40,000 plants were eradicated in August. Remote hillsides in the municipality of Tocoa were the site of some of the largest plantations, including one with 2,500 plants and another that had a separate encampment for drying and packaging. At the end of October, agents destroyed 4,500 plants in the same mountain region.

The surge in marijuana production is likely being driven by demand in Honduras’ consumer market – a market increasingly dominated by the MS13 street gang. 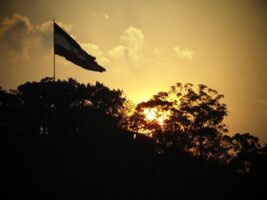 Marijuana has long been cultivated in Honduras but has seen a boom in recent years. The country’s Inter-institutional Security Force (Fuerza de Seguridad Interinstitucional Nacional – Fusina) reported seizing some 17,000 pounds of marijuana in 2017. A Fusina official warned then that cannabis was being cultivated and processed in mountain regions, after which it was then transported to cities, where it was packaged and laced with other drugs, including cocaine. The potent marijuana was sold on the street as “krippy kush, cripy or krispy.”

The northern city of San Pedro Sula has become a hotspot for the sale and movement of this high-octane product. While it’s unclear what chemicals or substances are in the latest street variants of krispy, the market for it has grown enormously, said Douglas Farah, the president of the national security consulting firm IBI Consultants.

Crack and cocaine are currently scarce, which means there’s “a lot of marijuana sales”, Farah told InSight Crime. And the MS13 has a monopoly.

“Krispy is theirs, and marijuana is theirs”, he said. “They own the full product line.”