In a statement to national and international public opinion, migrants, defenders of freedom of expression and supporters of the Wikileaks founder’s work for the truth, repudiated the ruling issued by the High Court of Great Britain on 10 December.

The signatories are Colombians living in Europe, America, Africa, Asia and Oceania and are part of the Pacto Historico, international branch. The Pacto Historico is “a political and electoral coalition in Colombia made up of political parties and social movements with centre-left and left-wing ideologies”.

The statement reads as follows:

“Today the UK High Court ruled in favour of the United States government to allow Julian Assange’s extradition to face espionage charges, reversing an earlier decision by a district court that had blocked his extradition based on concerns for his mental health. The ruling outlined the lack of guarantees to protect Assange’s mental health according to expert medical reports, which has deteriorated precisely as a result of the WikiLeaks founder’s incarceration.

As Colombians abroad who defend freedom of expression, we recognize the work that Julian Assange has done to make the truth known, revealing through the Wikileaks cables the involvement of the United States government, through the CIA, in the armed conflict in Colombia. As such, we condemn the decision to extradite the activist and we demand his freedom. 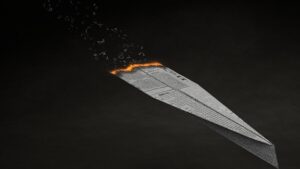 The founder of WikiLeaks is an international symbol of the fight for international political transparency, and the deprivation of his liberty is an attack on the right to information, a fundamental pillar of democracy.

We are particularly concerned that all the violence inflicted upon him for more than 10 years through multiple trials and political persecution for publishing information of public interest has a very dangerous chilling effect on media freedom around the world.

It is necessary to implement national and international regulations to strengthen the protection of whistle-blowers or leakers and prevent them from being subjected to reprisals and consequences such as convictions, forced exile and endless judicial processes.

These are fundamental protections without which the exercise of democracy and the defence of human rights is not possible.

No democracy can survive for long without such protections. 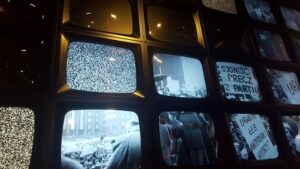 We honour and acknowledge the work of Julian Assange for exposing the truth so necessary in Colombia to achieve peace and for his courage in risking his personal freedom. Especially in a time when the regime in Colombia is moving towards further suppression of the press, proposing raids against media outlets and legislation which would in practice outlaw whistleblowing. Julian Assange must be released immediately, and we claim the right to information and the truth.